Limerick can have ‘own Phoenix Park’ in Mungret College plan 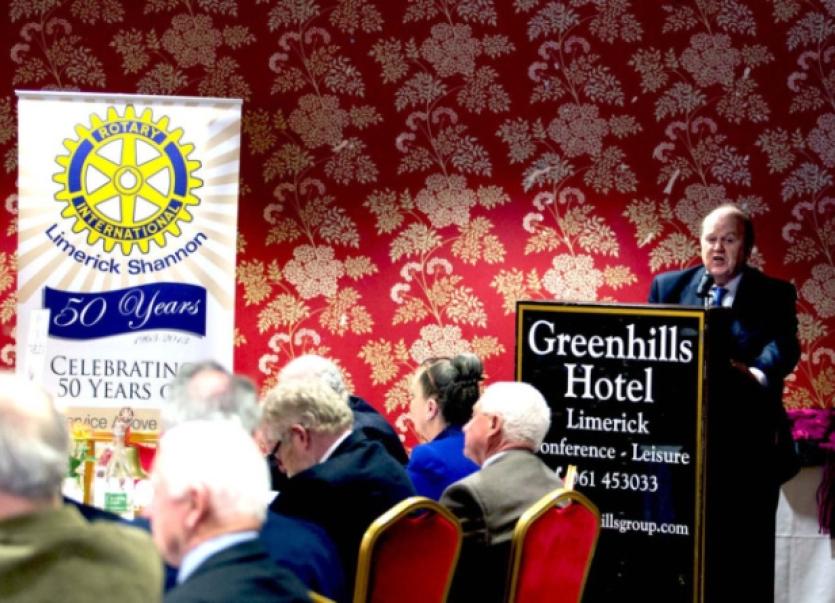 CONFIRMATION that Nama has signed over 200 acres at Mungret College to Limerick City and County Council opens the possibility for “our own Phoenix Park” in Limerick, according to the Minister for Finance, Michael Noonan.

The city was moving in the right direction, Minister Noonan said in an upbeat address to members of Limerick-Shannon Rotary Club at the Greenhills Hotel.

“Nama report to me and last week Nama signed an agreement with the new City and County Council to transfer all the Mungret College property. There is almost 200 acres at Mungret College so we are positioned now to bring a development plan in to effectively have our own Phoenix Park at the edge of the city to the west,” said the minister.

While the Mungret College site has been suggested as a solution to shortage of school places for teenagers in Dooradoyle and Raheen, Minister Noonan said it was “not clear whether an additional secondary school will be needed in future”.

But a site for that purpose would be set aside within the Mungret College grounds.

Nama, the minister said, had also requested the council to assign a site for the Educate Together school which is currently “in very bad accommodation” in Mungret College. And Gaelscoil an Raithin, currently located at Garryowen rugby club, will also get a new site in Mungret.

In regard to the broader Limerick 2030 plan, Minister Noonan said money was available from the Department of Justice for a new courts complex on Mulgrave Street and the current Circuit Court building at Merchant’s Quay would become the new headquarters of Limerick City and County Council.

Sarsfield House would be demolished but only after new accommodation was built for the Revenue Commissioners at the Opera Centre site.