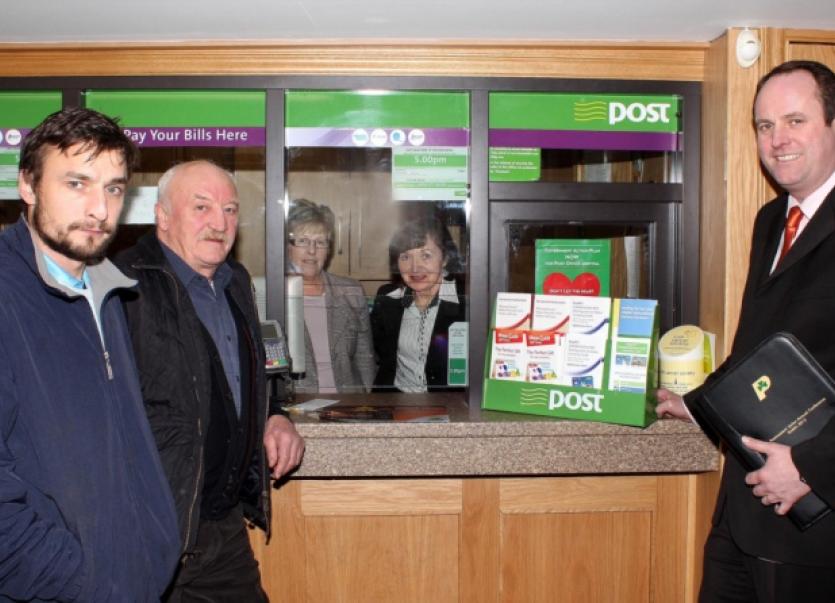 INDEPENDENT senator James Heffernan has launched a scathing attack on his former party colleague, Pat Rabbitte, stating that people are sick of him “and sick of his attitude”.

INDEPENDENT senator James Heffernan has launched a scathing attack on his former party colleague, Pat Rabbitte, stating that people are sick of him “and sick of his attitude”.

Senator Heffernan who lost the Labour party whip after voting against the Government on aspects of the Social Welfare Bill in 2012, said the response of the Minister for Communications, Energy and Natural Resources in relation to the future of the post office network “has annoyed a lot of people”.

“Nothing surprises me with the attitude and the language that Pat Rabbitte uses. It has upset a lot of people and a lot of people have lost a lot of time for him because of that dismissiveness. People won’t be spoken down to anymore,” the Kilfinane man told the Leader this Wednesday.

Minister Rabbitte has stated that the Irish Postmasters’ Union has engaged in a high profile protest campaign that he claims has caused “entirely unjustifiable and unnecessary distress in local communities especially for older citizens. “Pensioners are being told that their post office is closing,” said Minister Rabbitte who added that “it is puzzling to witness a campaign that is causing unnecessary fear – especially to senior citizens.”

Over 100 people from all corners of County Limerick travelled to Leinster House in Dublin last week to take part in a protest while the Dail debated and voted on a motion that called for an action plan to secure the future of the post office network.

The union has claimed up to 600 post offices could close if the government continues to move to electronic payments.

Senator Heffernan - whose parents, Kitty and Pat operate the post office in Kilfinane - said he has suggested different ways that the post office can become more viable and more important in local communities “but unfortunately they seem to be falling on deaf ears”.

“There is no doubt about it and I said it in the Senate last week, the rural post office network is certainly under pressure. The attitude of Pat Rabbitte doesn’t surprise me. That seems to be the overriding attitude of Minister Rabbitte when anybody tries to suggest anything to him. He just doesn’t want to listen,” he said.

In January 2010, the school teacher was ratified as a local election candidate for County Limerick at a selection convention in Kilmallock chaired by Minister Rabbitte.

“It has annoyed a lot of people,” he continued this week of Minister Rabbitte’s response to the post office situation. “I know former colleagues in the Labour party who I would still be in contact with and they are very, very annoyed. There is a meeting today between the Postmasters’ Union and the Labour Parliamentary Party. It will be interesting to see what comes out of that. I think people are just sick of Pat Rabbitte, and sick of his attitude.”

The post office, he said this week, is vital to a rural community. “I can see it and I know it from living in a post office all my life. My grandmother had it previously and my mother and father are now the postmistress and the postmaster. I would urge people to use the services available in their local post office. If a post office becomes nonviable, it closes. Once a service like that in a local village is gone, it doesn’t come back.”

“Pat Rabbitte said in the Dail that he had no difficulty with rural life moving into the urban society with the likes of shopping centres and car parks, it was hugely upsetting to hear that.”