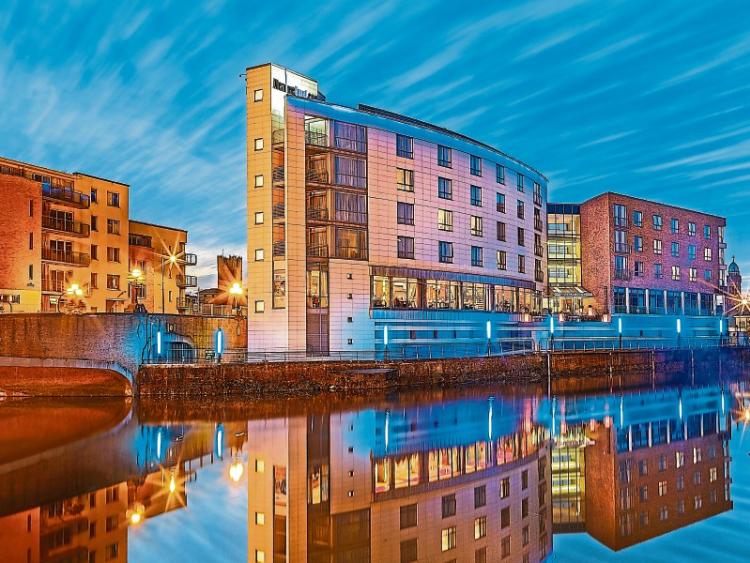 Situated on the edge of our city centre, the Absolute Hotel epitomises the unique embrace you feel as a visitor to Limerick.

When the Absolute Hotel opened its doors in 2007, it is fair to say it was a less auspicious time for Limerick.

The world was bracing for an economic meltdown for one, and Limerick itself was taking a good look at itself with the need for progress and change pressing.

Fast forward a dozen years and the success, ambition and vision of Limerick has been reflected by the hotel along the Abbey river bank.

In November of last year the Absolute took the prize for best hospitality and retail business at the Limerick Chamber Regional Business Awards for the second time in four years.

It was also a finalist in the ‘Business & Conference Hotel of the Year’ at the Irish Hotel Awards in 2019.

It’s no coincidence, then, that many of the blue chip FDI companies that have made their base in the region in the past decade, as well as scores of our local SMEs, have availed themselves of the top class facilities in the Absolute Hotel.

Read also: Limerick on the Up: Pathway to forming a new brand

The business-friendly atmosphere has been fostered from the early days of the hotel hosting the Limerick open coffee meet-up where all things technology is discussed, as well as Limerick Business Network events.

In tandem with that the Absolute has been listed as the number one hotel in Limerick on TripAdvisor since 2016, as well as being ranked in the top 15 in the country - the only Limerick hotel to achieve those heights.

This ranking is based on reviews submitted by guests on TripAdvisor in 2018 and 2019, with the top 1% of hotels then being rated. It is this emphasis on the guest experience to which sales and marketing manager Melanie Lennon attributes the hotel’s success.

“What makes the hotel great is not tangible but it is the atmosphere that is created by the team of the Absolute Hotel.

“Friendly, personable and helpful team members are all the things that make a hotel successful and separates us from the competition.”

The team keep the cogs of the hotel operation going, she says.

“What guests see and experience on the outside is backed by a team that is hard working yet has a lot of fun and shares a mutual respect that makes the running of a hotel appear seamless.

The modern, stylish interior of the Absolute Hotel has complemented this personal touch, and is being continually upgraded and refined.

The relaunched Harrys on the River restaurant being the latest example of same.

Limerick is now on the edge of a new era of investment and advancement, which the Absolute is all set to embrace. See www.absolutehotel.com  call 061 463600 or email info@absolutehotel.com.