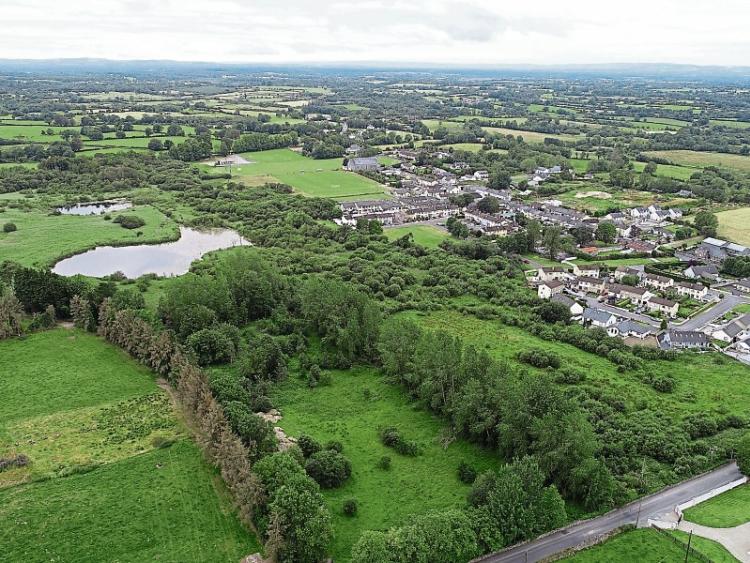 An aerial shot of the district

AN important first step has been taken in the campaign to develop a 40-acre land bank in the heart of Pallaskenry as a biodiversity park and community playing field.

Last month, the Pallaskenry Community Development Association asked for the support of local councillors in their bid to acquire the council-owned land on a long-term lease.

This Tuesday, Jayne Leahy of the property section of Limerick City and County Council confirmed that the council had taken the land for sale off the market and would be entering discussions with local groups with regard to its use in the coming weeks.

Officers of the Development Association are waiting to be  officially informed of the decision before commenting.

The decision was announced at a meeting of Adare Rathkeale Municipal District this Tuesday.

Last month, the Pallaskenry Development Association unveiled their ambitious plans for the 40-acre site to councillors, explaining that their aim was to improve the amenities in the village, to give a better quality of life to those living in the area and to create an all inclusive project for all ages and abilities. It would also attract people into the area and sustain local businesses, they said.

Their plan includes a Slí na Sláinte walk, a Biodiversity Nature Park, walking tracks and trails and a community sports field with an all weather pitch, a running track and hard courts.