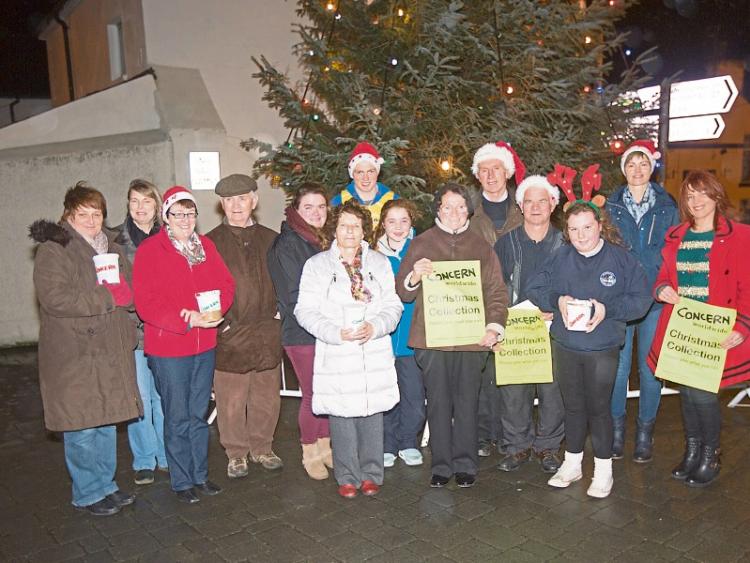 WHEN Fr Willie Walsh started collecting funds for the Concern fast in Croom 40 years he couldn’t have imagined it would raise €100,000 for the charity.

But mighty oaks from little acorns grow and Mark Reidy has been involved throughout those four decades. Concern Worldwide has honoured the dairy farmer for his “outstanding commitment” by awarding him a lifetime achievement award.

But the humble dairy farmer insists it was a “joint effort” and congratulated fellow volunteers, along with Fr Walsh, former curate of the parish.

“I wouldn’t be one now for the limelight,” laughed Mark, “but it’s a fantastic achievement for all the volunteers who have helped with the fast collection in the run up to Christmas.”

He continued: “Fr Willie Walsh started the initiative and we just continued it on and thankfully people in Croom supported it and generously donated every Christmas,’ he said.

It is understood Fr Walsh’s two sisters served overseas with Concern, which prompted him to initiate a collection every year in the village.

“I was involved in the local youth club with Fr Walsh. He played football with us and I used to give him a hand at the youth club. When he left the parish in 1982 we carried on with the fast ourselves.

”We did the 24 hour fast every year at the youth club and then we asked other people to get involved which they did, namely Sheila Casey and Breda Naughton, who have sadly passed on now, but they got involved in the fast for years,” said Mark, who is a former player and long serving Croom GAA club official.

Every Christmas Eve in hail, rain or snow, Mark and the Concern volunteers assemble at the crib in the centre of Croom to collect for the fast.

Mark said he couldn’t believe that they have marked the 40th annual Concern fast in the village.

”We couldn’t have continued it without the generosity of locals over the years. The help that we have received over the years from the people of Croom is astounding.

“They would make it their business to see you to give you money for the fast every Christmas Eve and it is great to see.

”They have been generous to a fault and by getting this award I feel it’s important to say that it’s an award also for the people who have helped me and the volunteers down the line. I wouldn’t have been able to do it for all those years without their support,” said Mark.

Going hungry for 24 hours in County Limerick gives a small taste to participants of what it must be like to be have an empty stomach all year round.

As well as giving up food you can give up something you love.

The money will help provide high-energy therapeutic food for malnourished children and will also give families the long-term support needed to feed their children in years to come.​