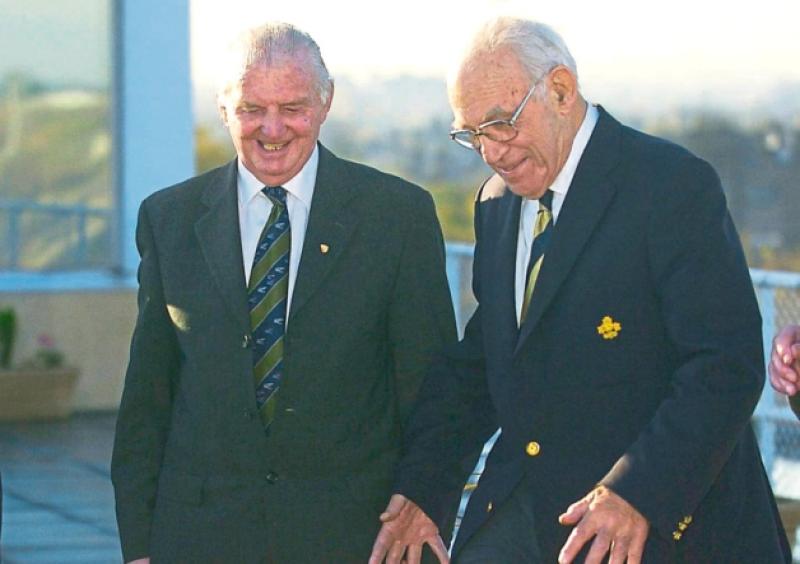 The only Limerick man to play on the Ireland Grand Slam winning team of 1948, Garryowen stalwart Paddy passed away on Friday aged 91.

Cllr Byrne, who lived a few doors away from him in Ascot Terrace, O’Connell Avenue, said: “He was a great stalwart. He was such an inspiration to people both politically and sporting-wise. He was just a fantastic person.

“Paddy was very straight talking, but a very personable kind of a person. A great inspiration to young people in the way he encouraged them to get active, and get involved. He was just a thorough gentleman.”

As well as his prowess on the rugby field, Mr Reid also served his community, becoming a councillor in the 1950s. He served as deputy mayor on the council.

Mr Reid grew up beside the Franciscan Church in Henry Street, and was educated at Crescent College.

He won his first cap on the tour to Australia in 1947 and played in the games against France, England and Wales in the 1948 season, scoring a try against France in Paris in the opening game.

He crossed codes to play rugby league in Yorkshire in 1949, a hugely controversial move at the time, and also played hockey to a high standard. Paddy owned the pub in Augustinian Lane, now known as Mickey Martins.

His funeral took place at St Joseph’s Church, O’Connell Avenue this Monday lunchtime. He was laid to rest in Castlemungret Cemetery afterwards.