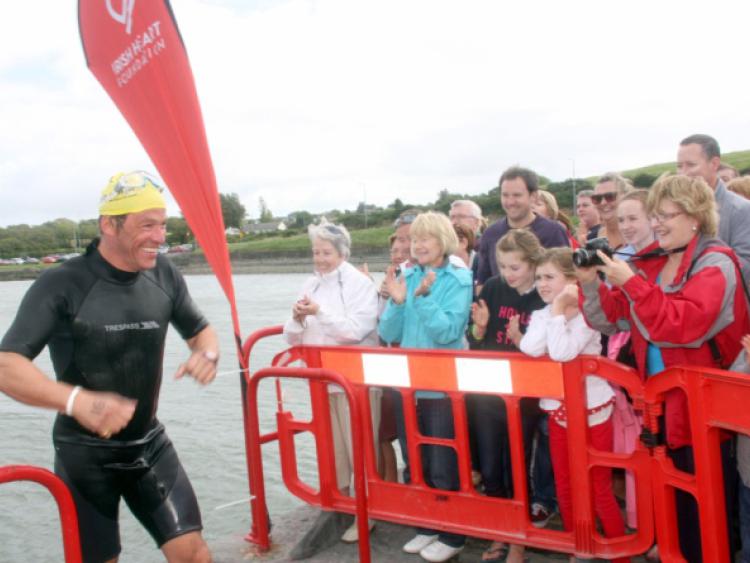 ALL the elements conspired to make the annual Estuary Swim an outstanding success with all 25 swimmers making the crossing from Clare to Glin in under an hour.

ALL the elements conspired to make the annual Estuary Swim an outstanding success with all 25 swimmers making the crossing from Clare to Glin in under an hour.

And among them was Estuary Swim novice and first-timer, actor and TV star Dominic West, who is set to challenge Prince Harry in a 208-mile race to the South Pole in November as part of another charity event, Walking with the Wounded.

“He was charmed to be part of it. He was delighted,” swim organiser Maria Geoghegan said. “It was a lovely event, a lovely swim.”

And she put some of the success for the event down to training. “It was the first time I organised training and that was a great help,” she said.

But the weather helped too. “It is different every year and you don’t know what it will throw up until the day itself,” Ms Geoghegan continued.

But she said of Saturday’s swim: “It was a dream. We had the wind behind us and it suited us. We came home in a record time. It was not a race but we were all home within an hour.”

“There was a fabulous buzz. And we had great support from the boats. We had four kayaks, four ribs and seven boats. The place was hopping.”

Ms Geoghegan pointed out that swimming the estuary has a long history in the area. But the sponsored event which is now the Estuary Swim has earned its place as an annual tradition in the community calendar.

This year’s event was the 13th and funds are to be donated to the Irish Heart Foundation.