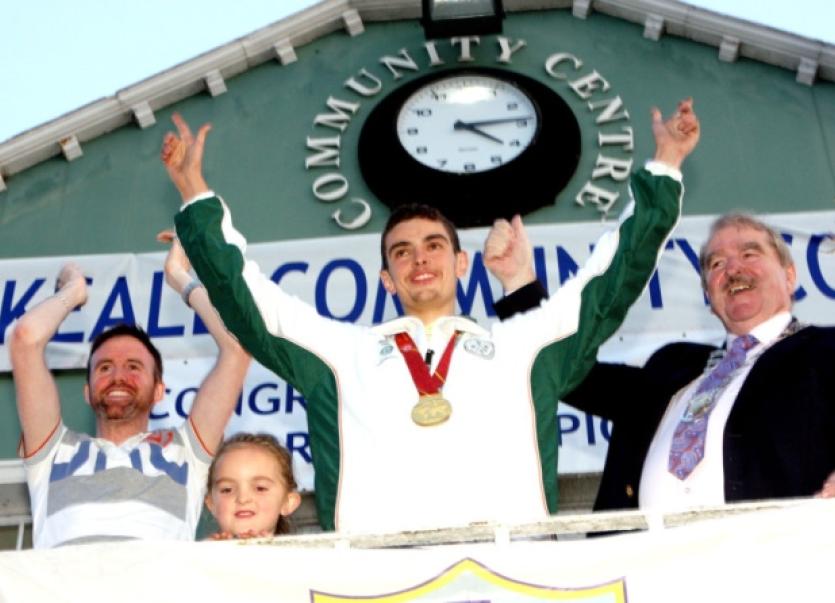 Limerick has a new world champion after 18-year-old Rathkeale man Ian O’Sullivan took gold in one of the toughest and most prestigious events in the sport shooting calendar.

Limerick has a new world champion after 18-year-old Rathkeale man Ian O’Sullivan took gold in one of the toughest and most prestigious events in the sport shooting calendar.

The 18-year-old overcame competitors from 32 countries to take gold in the prestigious clay pigeon shooting event which was held in Granada.

“I will tell them [my Irish friends] that I’m the world champion. I don’t know if they will believe me!”

He admits that the result was unexpected, having entered the competition with “no expectations”.

“I had a European championship and a world championship but this was a Olympic discipline and it would be way harder,” Ian explained.

Trap shooting involves hitting clay targets fired from any one of a number of traps located 16 yards away from the shooter. Each target can travel up to 76 metres, at speed of around 100kph, so speed and accuracy is essential.

“You have two shots to hit the target and you have to fire the two shots almost instantly because the target will go out of range otherwise,” Ian explained.

“Some of the lads I would be competing against would be professional shooters. The likes of the Czech Republic, Italy, Australia, Russia - all their junior shooters would be in the army. They would be training on shooting ranges every day,” he explained.

By contrast, Ian’s training is limited to competitions at weekends and trips to the shooting range in Knocknagoshel - one of just four in the country.

Unsurprisingly, funding is a constant challenge, particularly given the necessity to travel abroad for competitions.

“This year I was in England three times. I was in Hungary and Spain. I’ve also been to South Africa and German. We get around a lot!”

However, he is hopeful that this latest result will help him secure some financial support as he pursues his dream to qualify for the 2020 Olympics. With eight world cup events every year as well as a European and world championships, gaining enough points to qualify for the Olympics will require a lot of travel - and significant cost.

“After this, hopefully we will get some funding from the Sports Council or some businesses might come on board as a sponsor,” he said.

Ian, who is currently studying business with sport in LIT, is the third generation of his family involved in competitive shooting. Parents Brian and Valerie are understandable proud of his achievements.

“We’re all delighted,” said Brian. “He has won a lot of stuff before but this is the Formula 1 of shooting.”

A large crowd attended Ian’s homecoming in The Square in Rathkeale last Thursday evening where he was welcomed home by friends and family members as well as Cathaoirleach of Limerick City and County Council Kevin Sheahan and other local councillors.