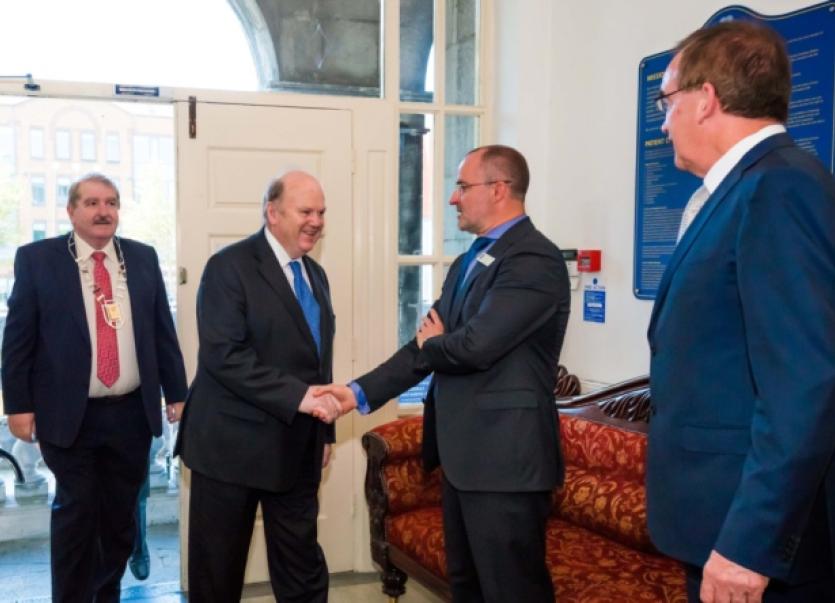 These are part of an ongoing expansion at the private hospital, which employs 125 staff - a 30% growth in the last five years.

They represent a completion of the first phase in the delivery of an Orthopaedic joint service at the hospital.

It means Barringtons Hospital is the first private facility in the region which will treat patients undergoing hip and knee replacement surgery.

The hospital says the refurbishment is a reflection on the increased demand by the public for professional healthcare in Limerick and the greater region.

The announcement forms part of the hospital’s masterplan - backed in the Limerick 2030 strategy document - to establish Ireland’s first medical village at King’s Island.

In honour of the man credited with setting up the original Barringtons Hospital on 1829, one of the suites has been named the Sir Matthew Barrington Suite.

The River View suite overlooks the Abbey River, while the Georgian Suite gives a nod to the city’s Georgian heritage.

Famous surgeon, educator and historian Dr Sylvester O’Halloran has a suite in his honour, as does Barringtons architect Frederick Darley.

Meanwhile, the Treaty Suite is named after one of Limerick’s most iconic attractions.

It is anticipated that another 30 jobs will be created at the facility in the next two years in clinical, nursing, allied health professionals, and administrative support areas.