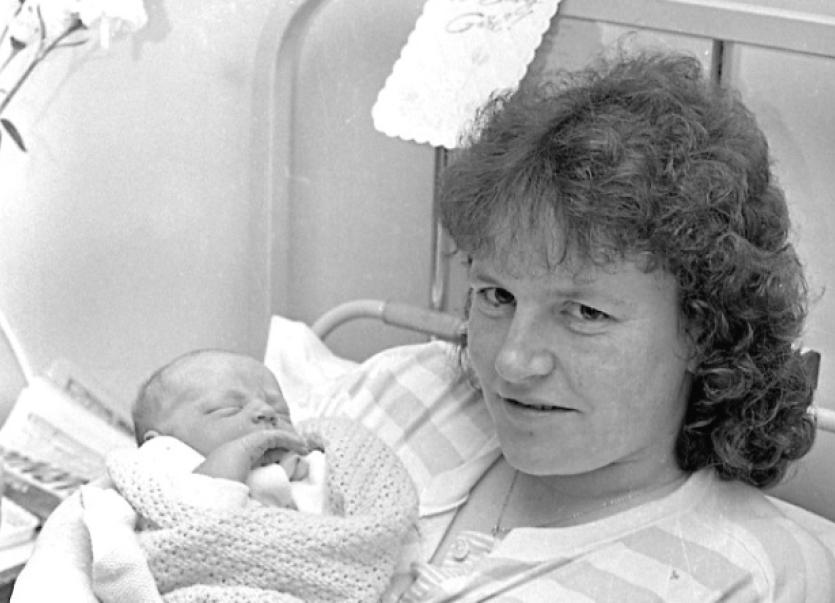 THE LIMERICK mother of murder victim Natalie McGuinness has spoken for the first time of her daughter’s death, saying the “life and soul” of her family has been lost.

THE LIMERICK mother of murder victim Natalie McGuinness has spoken for the first time of her daughter’s death, saying the “life and soul” of her family has been lost.

Natalie McGuinness, who was born in Limerick and attended the national school in Bruff, died last Wednesday following an incident at an apartment on Mail Coach Road, Sligo.

A week on from the tragedy, her mum Catherine [nee Dunne], from Fedamore, says the family are still in a state of shock that their beloved blue-eyed daughter and sister will not walk in the front door of the family home again.

“It is hard to believe it. It is pure devastation and shock. It is a week already today,” Catherine told the Leader this Wednesday.

The grief-stricken mother recalled the last time she spoke to the bubbly 23-year-old who lived by the motto of ‘Love every moment of every day’.

“I dropped her into his house on Tuesday evening. She jumped out of the car and I said ‘If you need me, ring me’ and she said, ‘I love you mom, I’ll be sound’.”

Oisin Conroy, 33 – said to have been her boyfriend – has been charged with her murder.

A childcare worker, Natalie was born at Limerick’s Maternity Hospital on New Year’s Day, 1992. She was the second baby born in Limerick that year and a picture of the precious newborn, in the arms of her doting mum, was taken by a Leader and published in the paper at the time.

Catherine recalls the joyous day, vividly. The day was extra special as Catherine had sadly lost her firstborn in tragic circumstances.

“We were living on Henry Street in the city. My first son Francis had died. He was very premature. We had him at home a week when he died. He is buried in the new burial ground in Limerick so Natalie was the second born.

“My dad was at home washing the dishes and he heard of her birth on the news on the radio because there was no mobile phones that time.”

The name Natalie was chosen because Catherine always loved the name of the American actress Natalie Wood.I loved the name and when I saw the baby I said ‘That’s Natalie’.

“You would hear her before you would see her,” Catherine smiled.

“She started school in Bruff in 1996 and made her First Holy Communion in Bruff. We lived in Meanus and were there until we moved up here in 2001,” said Catherine, who now resides in Easkey, County Sligo.

A large number of Catherine’s family from Limerick attended the funeral of Natalie including her siblings Pat (the Taoiseach of Bruff), Jacqueline of Dromin (who is married to Donal Enright, a well-known GAA referee in Limerick), Geraldine of Caherconlish, Suzanne of Fedamore, Jimmy of Shannon and Fossy of Fedamore.

Fr Michael O’Shea, the parish priest of Fedamore was one of the celebrants of the Mass.

“She was living at home and there was no moving out,” Catherine smiled.

“She was superwoman – she had three jobs.”

Her dog, Phoebe, a Bichon Frise, was her “baby”.

“At night-time Natalie would make her popcorn and she would say to Phoebe ‘Come on we will go to bed. She would rustle a bag with sweets and the dog would be gone up the stairs - that would be the two of them gone for the night. They would sleep in the bed together. She wouldn’t move out of home – she would have too many bills,” she smiled.

She also loved listening to Scottish singer/songwriter Paolo Nutini and was “beyond excited” when he brushed passed her at a recent concert.

“She rang me all the way from Dublin saying she was never going washing her hand again. That’s the kind of girl she was – she would ring me 40 times a day,” said Catherine.

“I would be sitting here with my friends and we would look at the phone and say ‘Natalie’ – she might only be next door but she would still have to ring to see where I was.”

The road ahead, Catherine acknowledges, is going to be “long and difficult” for both her, her husband John and extended family.

“I’m doing my best and trying to stay strong for Jodie and Dean [Natalie’s sister and brother]. I don’t want them to see me upset – they have enough to deal with.”

Natalie was thrilled to have become an aunt to Dean and his girlfriend Anna’s baby girl Alexis who was born seven weeks ago.”

Catherine is preparing herself as best she can for the weeks and months ahead when Natalie’s voice and fun loving ways will no longer fill the silence.

“My aunt Bridie Finn is still up from Limerick, but she is going home today.”