Sporting Bruff bounces back thanks to its energetic people 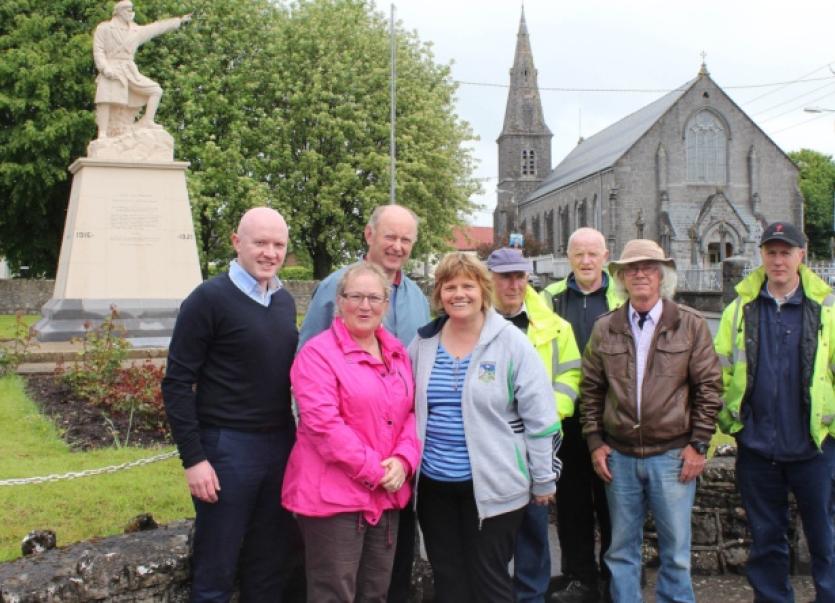 THIS time two years ago, a heavy cloud hung over the town of Bruff.

THIS time two years ago, a heavy cloud hung over the town of Bruff.

On June 21, 2012 the doors were bolted shut for the last time at the Ard Scoil Mhuire convent and secondary school, signalling the end to over 150 years of education in the town. Three years prior to that, the town’s courthouse administered justice for the final time, with all court sittings moving to nearby Kilmallock.

The economic forecast for the town had been overcast for some time, but this was doom and gloom territory.

Fast forward to May 19, 2014 and the sun has broken through the clouds over the Morning Star river; new shoots are pushing through the soil on the convent campus.

“We had a couple of years where a lot of our services were leaving the town. We had lost our courthouse and our library but, most importantly, we lost our secondary school,” says Mark Nagle this Monday morning under the shadow of the Sean Wall statue on the main Limerick road.

“In lots of ways, it hit people’s confidence but what we can see from a community point of view is that a lot of the negatives are being turned into positives.”

Mark is Bruff through and through.

As chairman of the Bruff, Grange, Meanus Community Council and proprietor of the local EuroSpar shop, he has his finger in many pies and is determined to see his native place reach its full potential.

“There has been a palpable sense of positivity and confidence and people can see that Bruff is back up off its knees, and is going forward again.”

Over the last 18 months, the town has shed its old skin - its vitality and freshness has been restored.

The old courthouse has been taken over by Bruff Heritage Group and renamed the Thomas Fitzgerald Centre; the former Church of Ireland building has been transformed into a tasteful arts centre; construction has started on the CareBright Centre on the former Microtherm site; equipment has been ordered for the town’s new playground - “please God there will be swings swinging there this summer” - and Limerick FC are after purchasing the convent campus to be used as their training base.

“What we have seen with the fantastic plans that Limerick FC have for the convent campus, and the wonderful work that the rugby club is doing – it’s being run like a professional outfit – and the GAA club’s plans, and most recently again with the formation of An Bru Athletics Club, is that the Bruff area is fast becoming a sports hub in this part of the county,” says Mark, “and what is great is the co-operation between them all.”

The car park at Bruff RFC’s grounds out at Kilballyowen is full virtually on a daily basis.

“The club has shown that you can be from a rural part of Ireland and still succeed at the highest level – it’s down to volunteerism again,” Mark explains.

The community cafe – a former pub – is a hub of activity with bingo, a knitting club, a parent and toddler club and the girl guides, among others, all using the facility which is operated by volunteers and Tus workers with the support of Ballyhoura Development.

In recent weeks, the community council in conjunction with Ballyhoura Development has held two community meetings with a view to putting together a community plan.

“Usually these plans are held at times of crisis or negativity but we are trying to act on the bounce of the positive year we had last year and the positive year which we are having, and what we hope to have for the rest of this year.”

The USP (unique selling point) Bruff has had in recent years has been its festivals. Between the Bloomsday and Bluegrass festivals, the summer festival, the Morning Star Rose and the St Patrick’s Day parade, Bruff certainly knows how to throw a party!

The highlight of the past 12 months was, of course, the visit by Caroline Kennedy last June, having been invited by Bruff Heritage Group.

The town came to a standstill as hundreds of people from the local community turned out to welcome the daughter of JFK.

“It showed what can be achieved in a short period of time when all the people within the town - both the individuals, organisations and business people - come together with a common goal,” says Mark.

President Kennedy’s great-grandfather Thomas Fitzgerald left Bruff in 1852 for Boston taking with him the family bible which was later used by JFK when taking his oath of office.

In the lead-up to Caroline’s visit, the streets and surrounding landscape were polished and preened; the smell of fresh paint hadn’t been as strong in Ireland since her father visited New Ross in Wexford 50 years previously.

“Prior to the visit by Caroline, a number of groups had come together with a view to working towards the Gathering - the community council, Tidy Towns, the Sean Wall Committee, the heritage group and the arts and culture group - all working together with a view to developing ideas,” explained Maurice Lyons, secretary of Bruff Tidy Towns, which has been in existence for the bones of 25 years.