As Limerick school closes, Sisters of Mercy are thanked for transforming education 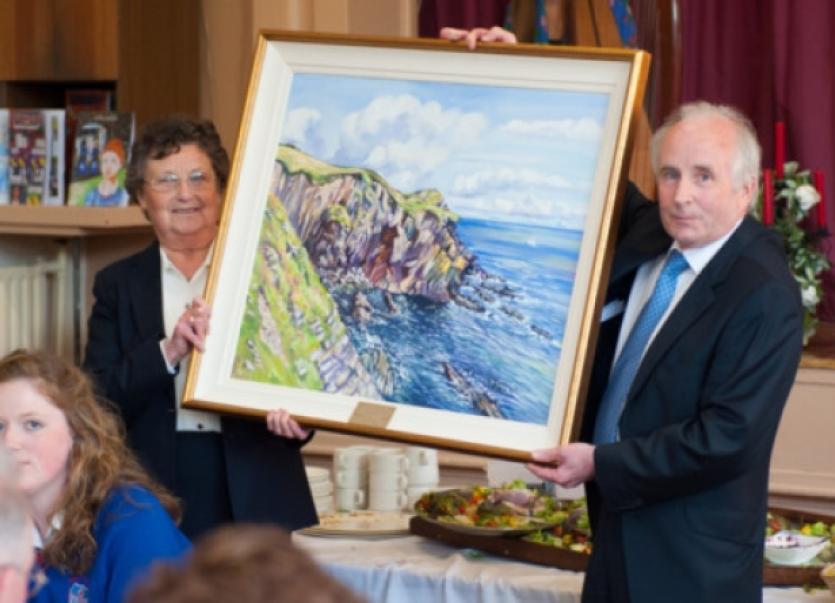 “I’ve no doubt Catherine McAuley, the founder of the Sisters of Mercy, is smiling down from heaven right now in approval”, said principal of St Joseph’s Secondary School, John Kinsella last Friday night.

“I’ve no doubt Catherine McAuley, the founder of the Sisters of Mercy, is smiling down from heaven right now in approval”, said principal of St Joseph’s Secondary School, John Kinsella last Friday night.

He was speaking at a closing ceremony for the Doon school attended by current and former students, teachers and parents. It is amalgamating with St Fintan’s CBS in Doon and St Michael’s in Cappamore in a brand new school called Scoil na Tríonóide Naofa.

Mass concelebrated by Archbishop of Cashel and Emly, Dermot Clifford was followed by refreshments in Doon Community Hall and the launch of a commemorative book.

These nuns are part of a proud tradition in Doon dating back almost 150 years.

“When the Sisters of Mercy arrived in Doon in 1865 and began their work by giving classes in Religion to the Catholic population in Doon and the surrounding parishe, I’m sure they could not have envisaged how their small project would have grown into what it has today almost 150 years later.

“Over the years the Sisters of Mercy transformed education in Doon, starting with a primary school in 1868 and leading over many years of expansion and development to the formation of a secondary school – St Joseph’s as we know it.

“Thank you Sisters for all your service to education in Doon and St Joseph’s in particular.

“The Sisters of Mercy have always sought to provide an education of the highest quality and a curriculum that is broad in scope and appropriate to the needs of its students,” said Mr Kinsella.

Three of the tens of thousands students are Bridie, Elizabeth and Mikaela O’Connor from Boher. The grandmother, mother and daughter were all at the function. The family’s legacy dates back to 1958 when Bridie started primary school. Mikaela, a transition year student, said it was both a happy and sad occasion.

“They were very happy to come back to see the school and mum was introducing me to all these teachers who taught her. But it was sad for them in a way because it is the end,” said Mikaela. The family’s legacy will continue in Scoil na Tríonóide Naofa with Mikaela’s siblings Siobhan, Aoife, and Sean in the years to come.

“I’m sure we will have many more generations in the new school,” said Mr Kinsella. Like Doon CBS Primary School it will be business as usual for Doon Convent Primary School.

“I have every confidence that the spirit of Catherine McAuley which permeated St Joseph’s will continue to do so in our new school,” said Mr Kinsella.