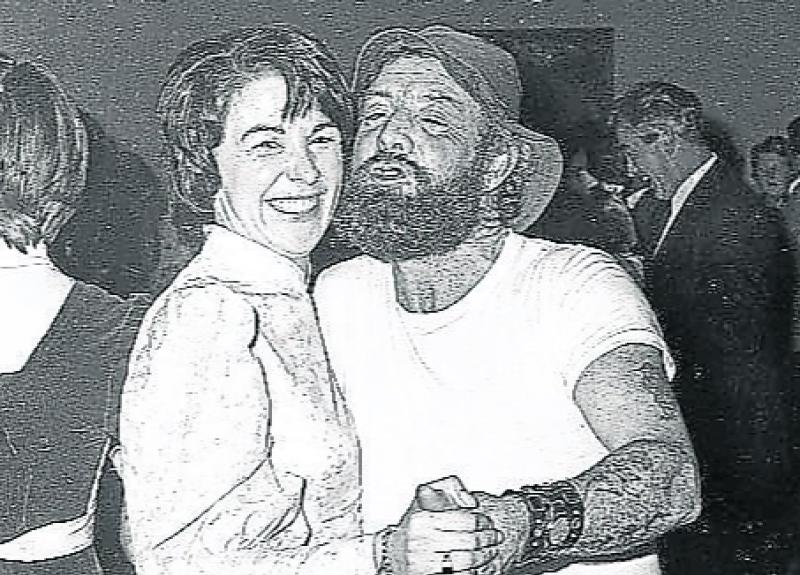 SET DANCING has returned in recent months following the easing of Covid restrictions. It was heartening to see so many participating at the Willie Clancy Week in Milltown Malbay, The Limerick, Munster and All Ireland Fleadh competitions, and other festivals around the region.

Confined outside competition mainly to the over fifty age group Covid took its toll, and many dancers were lost as a result, and some have health issues and others are still reluctant to return.

Dancing is good for mind and body bringing into use both concentration and muscle, directing physical energy into a rhythmic pattern. It has been said that the two things in life that bring people together are food and the love of music and dancing.

Some of the earliest forms of dances were rain dances, war, sun, tree, religious, work and dances associated with births, courtship, marriage fertility and death.

The early dances in Ireland were associated with sun and tree worship, since both of these were part of the Celtic druid culture.

The relationship between dance and religion has been confusing, with the early Christian societies first rejecting dance because of its supposed pagan origin and later helping to preserve and even develop it by including dancing as part of religious ceremonies and celebrations.

LIMERICK YOUTH SERVICE NEWS: After its summer holidays, Limerick city’s premier Youth Café, Lava Javas, has reopened its doors to the young people of the midwest. Located at 5 Lower Glentworth St, Lava Javas has grown to become a focal point of youth culture in Limerick city. With a coffee bar, pool table, dance floor and comfy sofas galore, there is something for everyone at Limerick’s first Youth Café. ‘Simply, it’s for young people, by young people,’ said John Real, manager, Lava Javas. ‘It’s a city centre space where young people (14-19yrs) can hang out, spend time with friends and make new ones,’ continued Mr. Real. Youth Cafes differ from Youth Clubs, in that there is no pressure to take part in programmes. However, if young people wish to take part in one or organise an event, then the Youth Cafe does its best to facilitate them. With a stage, sound system and music love staff and young people, it is no wonder that Lava Javas has developed a reputation as a live music venue for up and coming acts. ‘Lava Javas offers young acts a chance to gain valuable live music experience,’ said Mr. Real who listed Animal Beats and Sum Yung Wans as acts that cut their teeth at Lava Javas. Mr. Real promised that there will be plenty more live music and events for the new season, with a Halloween party and some old music friends returning! The opening times of Lava Javas are Thursday, 16:30-20:00hrs, Friday, 16:30-21:00hrs and Saturday, 15:00-20:00hrs. Lava Javas is one of Limerick Youth Service’s three Youth Cafes. Its sister Youth Cafes are the Laff Caff, Southside Youth Café and the 4th Corner, Northside Youth Café.

Dancing has continued through the years in different forms as a source of celebration to mark important events in people's lives such as birthdays and weddings.

The past thirty years has seen a great revival in Set and Social dancing with events held throughout the country to cater for all tastes. Dancing teachers hold weekly classes to teach the different set dances from the different regions and workshops are held at the different weekend events to teach new and particular sets.

The Ballysteen Set is being revived in Adare Hall on Saturday, August 13. The background information is taken from the book Ballysteen the People and the Place by John M Feheney.

The Carnegie Library in Ballysteen opened in 1909, providing an ideal centre for local dancing and traditional entertainment. Séisiúns were held there on Sunday nights during the 1920s and 1930s.

The admission was free, but patrons were invited to contribute three pence each to a fund, out of which musical instruments, mainly melodeons and concertinas were purchased.

It seems that it was during this period that the Ballysteen Set dance developed and later became popular throughout West Limerick.

It consisted of six parts, each having its own name and recognised tune. In addition to the Ballysteen Set, other popular dances included The Military Two Step, The Siege of Ennis, The Walls of Limerick, The Haymaker's Jig, and the ever-popular Irish waltz.

The bands of John Mc Knight, Donie Collins and Paddy ''Sax'' Mc Carthy were among those that regularly provided music for the dances in the library in the 1940s and 1950s.

The details of the six parts of the Ballysteen set are as follows:

Part 1: Off She Goes, Tune 2/4 e.g., 'The Rakes of Mallow' Advance and retire twice, holding hands; wheel, chain, wheel and 'Round the House'. Repeat once more.

To attend all three events will cost €20. More details from Pat at 087-2577761, teachsetdancing@gmail.com The Ballysteen Set was very popular in the past and it is hoped to revive it to its former status.

We can't always choose the music life plays for us, but we can choose how we dance to it.

Balls of Flour
I ALWAYS looked forward to the first meal of new potatoes, even though they were small, watery and mostly tasteless. We always had our own vegetable garden when I was young, and we kept a close eye on the potato stalks as they matured.

We enjoyed on a daily basis the spud-based dishes like bangers and mash, bacon and cabbage, beef stew, fish and homemade chips on Fridays and potatoes mashed with scallions and butter.

The Irish spud reigned supreme in Irish kitchens and the dinner was eaten in the middle of the day and when we came home from school.

The fast pace of modern society means that much of the food we now eat is processed and microwave friendly. People have a wider choice now with pasta, pizza, spaghetti, couscous, and rice to place on their dinner table.

The humble spud is often depicted as unfashionable and plain by the youth but despite the ongoing competition from convenience foods, the spud is still the mainstay of Ireland's staple diet.

People may forget that the potato is a natural source of fibre and potassium. It is low in sugar, salt free and naturally fat free. The Irish spud complements any healthy diet plan and also packs a nutritional punch.

People have their own preference when it comes to what choice of spuds they eat, with the early red Rooster's white skinned Queens, and the later maturing, creamy skinned Golden Wonder and the pink skinned Kerr's Pink amongst the most popular varieties.

Back then when people were buying their potatoes in the shops they would ask ''how are the spuds this year''? The usual answer was 'balls of flower', balls of flower' and the best in Ireland. It was often a different story when sitting down to eat the dinner afterwards, but our love affair with the humble spud continues for a good section of the population.