Movies on TV this week to help get you through Lockdown 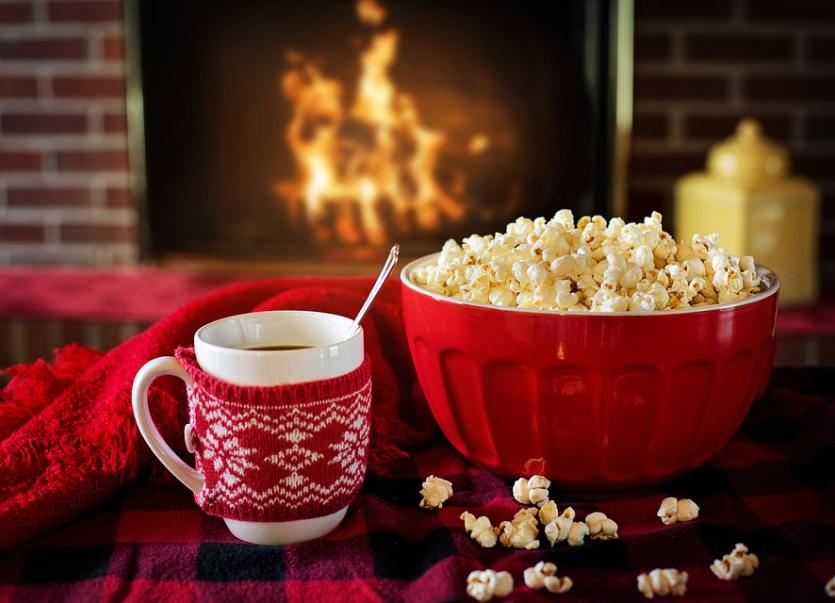 It's that time again. Stath O'Clock. Mei is a young girl with important information in her head and the only man who can protect her from dodgy Russian mobsters, dodgy Chinese Triads and dodgy cops is Luke Wright. Boaz Yakin's 2012 thriller is a blast. Crunchy, silly, nasty and filled with cleverly shot action and solid one liners. Jason Statham does his usual thing well and is ably supported by Anson Mount and Catherine Chan.

Tess's secretarial job is ticking her off and when her boss has an accident she sees it as an opportunity to spread her wings. But big business in the 80's is still a man's world. The big hair and the bigger shoulder pads might date it but this 1988 comedy is as fun and as relevant as ever and a first rate turn from Melanie Griffith turns it into something very watchable indeed. Harrison Ford and an effective Sigourney Weaver provide good support.

The America's of the 1600's were a strange and scary place as one family finds out when they are shunned from their religious community and try to start a new life beside adark foreboding forest. Now this is a film that will leave you on edge for a long time before it truly frightens the life out of you.  There's nothing better than a horror movie that fully commits to it's premise. Eek! Anya Taylor-Joy, Ralph Ineson and Kate Dickie are all on fire here.

A young girl named Toni joins her Cincinnati gym with dreams of being a boxer but before long she becomes enthralled by a local dance troupe training alongside her. She joins them and then things take an odd turn. This 2015 drama is a strange dreamlike watch. It's low on plot but high on mystery. It takes a while but you'll be hooked. The cast is made up of new faces but Royalty Hightower as Toni does superb work.

Dennis Peck. Ultracop. Smooth as hell. Loved by the ladies and the gentlemen. But there's something shady under the veneer. Something shady that Internal affairs cop Raymond Avilla is going to dig out. Mike Figgis's 1990 thriller is still a cracker, and grittier and sleazier than you might remember. Andy Garcia does well as the agent on a mission but Richard Gere owns this film with a rare bad guy turn that will charm then repulse you.

After his marriage crumbles Felix is in a bad way and his buddies are worried so Oscar asks him to move in with him. Then the two friends realise just how different they are. Chalk and cheese is an understatement. This Neil Simon written film might be 52 years old but it's still so enjoyable as personalities clash, bodily habits disgust and love lives cause all manner of trouble. Jack Lemmon and Walter Matthau are perfection here.

Pete's a young boy. He has a friend called Elliot. Elliot kept Pete alive during a tough time. Elliot's a dragon but no one will believe this. Until one day.... Robert Redford's live action remake of the 1970's cartoon is an absolute pleasure, tender, touching, upsetting and funny in equal measure. A family film that won't insult your kid's intelligence. Bryce Dallas Howard, Oakes Fegley and Redford himself will make you wish flying reptiles were real.

The story of Karamakate, a tribal medicine man who had 2 encounters, decades apart with explorers who ventured into his Amazonian world. A unique watch, quite unlike anything else you'll see this week but a beautiful feast for the senses. Surreal, mystical stuff that won't be to everyone's tastes but it's worth watching to travel away into the mists for a while. The unknown cast is magnificent.

When her husband finds himself in trouble with a deadly gang of outlaws, a woman has no choice but to ask an old fiance for help. Things get bloody. Much was made of this film's troubled genesis but it's actually a exciting and well made western and much better than it deserved to be. A lot of this is down to Natalie Portman's committed lead performance and a stellar supporting cast including Ewan McGregor and Joel Edgerton.

When his grandfather dies young Jake and his family move into his apartment in Brooklyn. Below them is a dress shop owned by Leonor and her son Tony. Tony and Jake become quick friends until family issues interfere. A gentle and fantastically acted look at the joy and intricacies of childhood friendships and how they are effected by adult problems. Theo Taplitz & Michael Barbieri lead a fine cast.

Homer and Hud. Father and son. Two Texan ranchers at each others necks constantly. Their work keeps them together while everything else tears them apart. This Sixties set western drama is an excellent one with a story that's forever topical. A blistering display of manhood, family values and character. Paul Newman is great as a very unlikable character and gets able back up from Patricia Neal and Brandon De Wilde.

The world is wrecked, pollution and industry has climate change running out of control and there's not much of a liveable future left on the planet. One young Swedish woman called Greta Thunberg is leading a youth charge against it all and people can't ignore her voice anymore. A refreshing, interesting and genuinely unsettling documentary that proves the children really are the future.

A travelling family called the Cutlers have been living on the edge of a rural English town and causing trouble there for decades. The eldest son Chad is slowly pulling away from the life to raise his son peacefully but patriarch Colby is having none of it. This 2016 drama is a good one, a look at the complexities and structures of a way of life mostly ignored in film. Michael Fassbender and Brendan Gleeson lead a cast packed full of familiar British and Irish faces.

The Stoddards have returned to the town of Shinbone for the funeral of an old friend. An old friend who did something for Ransom Stoddard that will forever be a secret. A true classic of the western genre. Talkier and more cerebral than most while still offering everything you'd expect. James Stewart, Vera Miles, John Wayne, Lee Marvin, Woody Strode & Edmond O'Brien all do stellar work in this John Ford masterpiece.

A writer called Joe is about to face the highlight of his literary life and his wife Joan has sacrificed it all, her dreams, her work, her friends, to get him to this position in life. And now she's had enough. This is a powerful watch led by a stunner of a performance from Glenn Close as a woman who's had it up to *here* with the nonsense men can get away with. Jonathan Pryce as Joe puts in a mighty shift too.

A stevedore from New Jersey battles to save his family when the people of earth find themselves under attack by a vicious enemy. Tom Cruise is in super form as Joe Everyman is this petrifying and really effective bit of science fiction from Steven Spielberg. One of the best post 9/11 disaster films. Cruise is reliable as always, Dakota Fanning as his daughter too but Tim Robbins steals in the show in a terrifying little vignette.