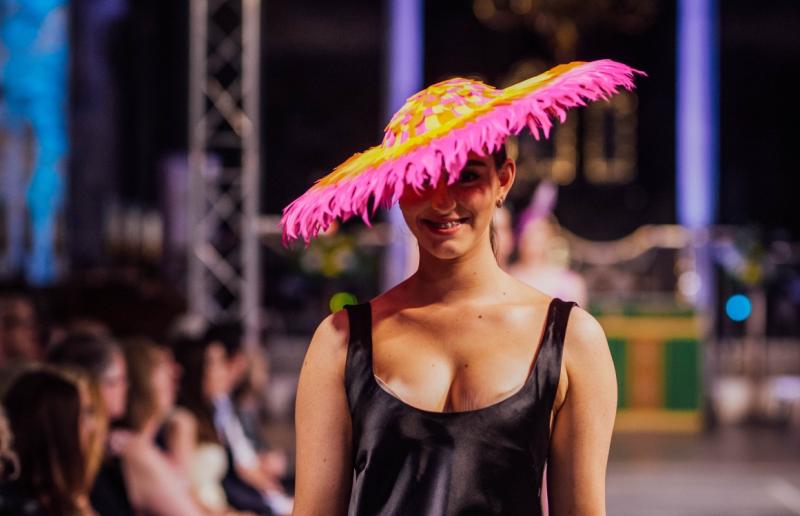 Hats off! Model Olivia Martin shows a stunning design by Aoife Harrison Designer who is one of the country's top milliners

WHAT can only be described as an amazing show of creativity was hosted in St Mary’s Cathedral as part of The Limerick Bastille Day Wild Geese Festival.
Among those whose work was featured on the night was our very own Stephen Lynch, founder of Bowman Lynch Designs.
The stunning creations include bespoke dresses for occasional wear for ladies which are handmade by Stephen and are 100% sustainable designs. 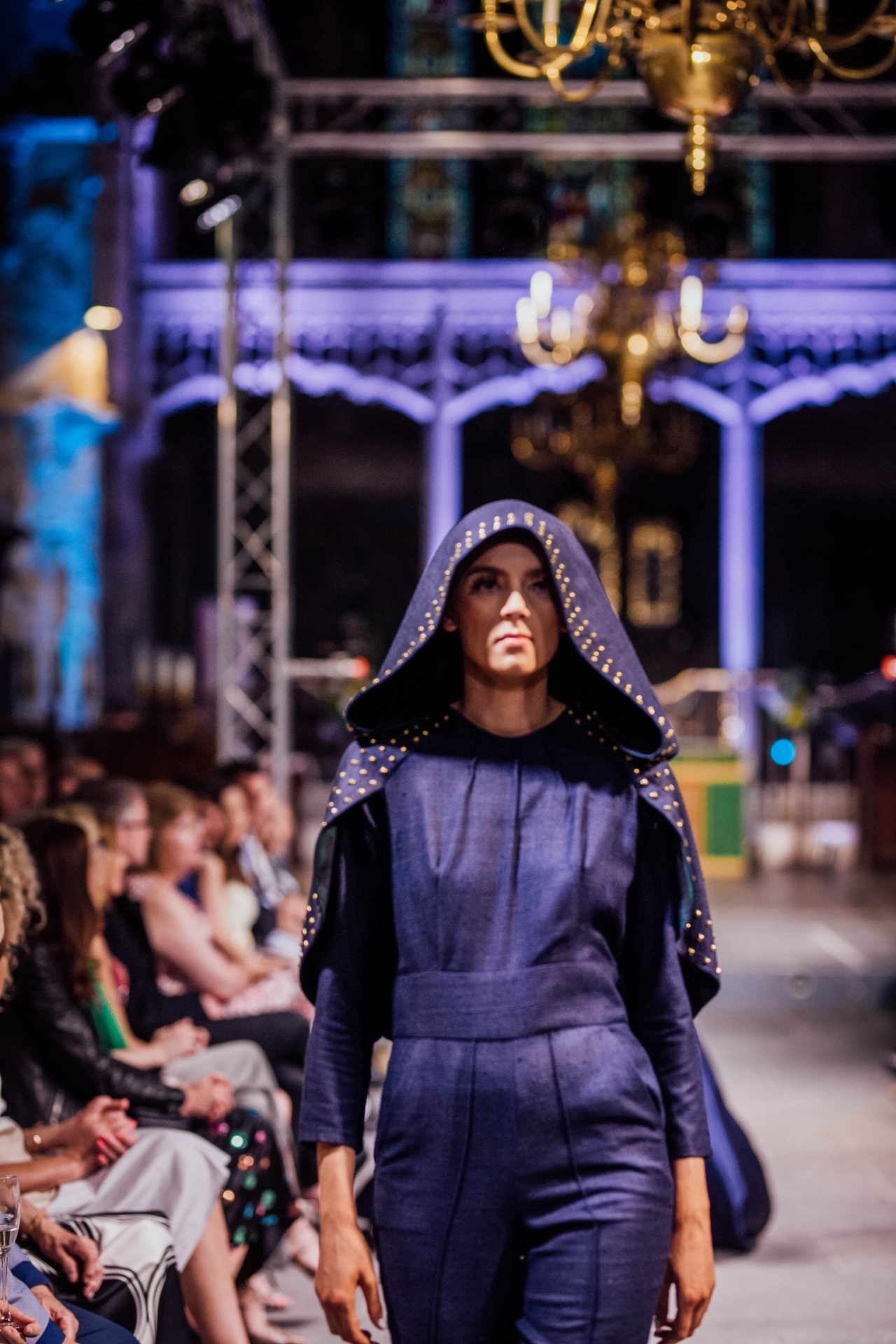 Another Irish designer to feature was Paul Costelloe who has links to Limerick and has had a huge influence on British and Irish fashion. His collection was a showstopper!
Deidre Collins, a former graduate of the Mallow College of Design and Tailoring also featured. Her inspiration comes from the Galway shawl and her creations looked sublime against the backdrop of the cathedral.