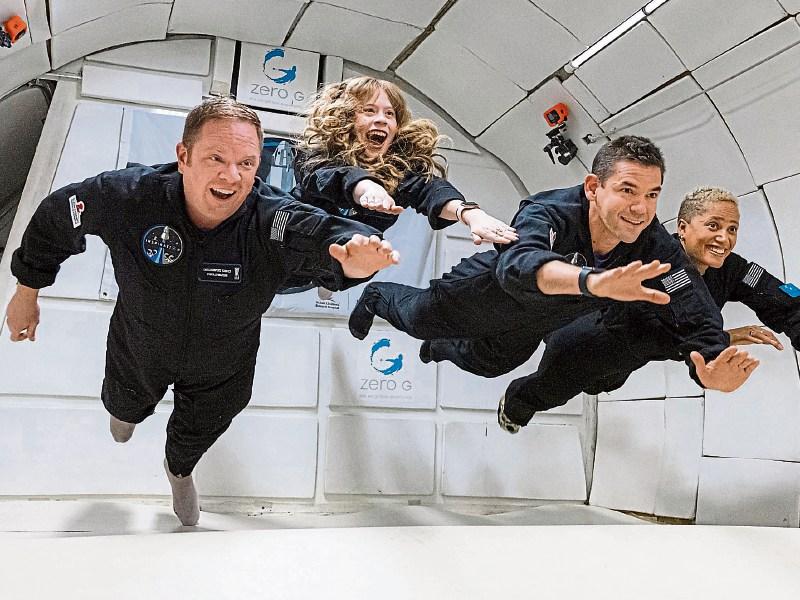 It's not often that a space mission gets its own reality TV style documentary on Netflix, but that's exactly what a mission called Inspiration4 has been getting this month.

We've already had a bit of controversy this year as two well known billionaires (Richard Branson and Jeff Bezos) went on short rocket trips to the edge of space.

The Inspiration4 mission was quite different, mainly as it was an orbital flight. The previous two launches were straight up and down affairs giving everyone on board less than 10 minutes of weightlessness, this time the crew of four were in space for three days, making a complete orbit of the earth every 90 minutes, and they safely landed off the coast of Florida last Sunday.

The entire flight was paid for by the American billionaire Jared Isaacman who used it to raise funds for a children's cancer research hospital: St. Judes. He donated $100 million to the hospital and by raffling one of the seats on the flight brought in a further $113 million.

There is a further link to St. Judes Hospital in that one of the crew, Hayley Arceneaux, is a childhood cancer survivor who was treated there and now works in St. Judes as a nurse. She will also notch up some other firsts on the flight as she will be the youngest American to fly to space and the be the first person in space with a prosthesis.

The other members of the crew are Christopher Sembroski, who is a friend of the raffle winner who couldn't make the trip and Dr Sian Proctor, a geologist and space artist.

All four had to go through a training regime which while not as rigorous as that of a professional astronaut, was still pretty tough and involved sessions in a centrifuge and Zero-g training on a plane nicknamed the vomit comet.

This was the first time that space tourists have gone on an orbital trip since 2009, when the founder of Cirque du Soleil visited the International Space Station (ISS).

The crew of Inspiration4 is the first crew of all private citizens flying on a private spacecraft to orbit the earth. All of the hardware for the mission was built by SpaceX and had already been used to fly NASA astronauts to the ISS.