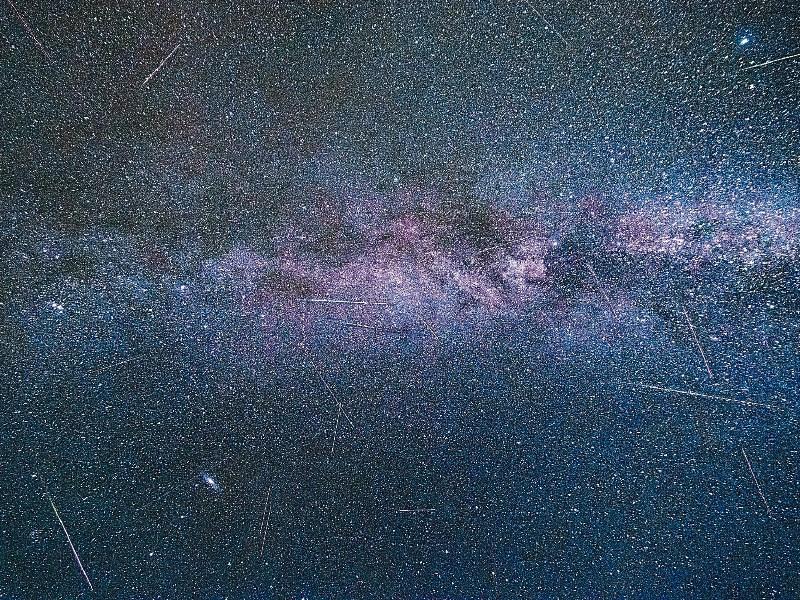 The Perseid meteor shower during the month of August is a highlight of the celestial calendar due to the number and brightness of the meteors observed. This meteor shower is a result of Earth passing through the tail of comet Swift-Tuttle.

It is this debris that collides with the Earth’s upper atmosphere creating the bright streaks that cross the night sky. Some of the brighter meteors often leave a persistent train behind them making this meteor shower one of the most popular to view.

The peak of the Perseid meteor shower falls on the August 12/13 and will be best observed in the predawn sky. As with all meteor showers viewing under a dark sky away from light pollution will increase your chances of seeing the fainter meteors.

Earlier in the month (August 6) approximately an hour before sunrise (5am) you can use the thin waning crescent moon to identify some of the prominent stars that we usually associate with the winter night sky.

Pollux, the brighter of the two stars is golden in colour while Castor is bluish white. To the right of Gemini, the constellation of Orion is beginning to rise and the prominent red giant Betelgeuse is visible on the Hunter’s shoulder. Above Orion is the constellation of Taurus which showcases the ‘eye of the bull’ Aldebaran, which forms part of the Hyades asterism which displays the distinctive shape of the letter ‘V’. Finally, to the upper left of Aldebaran, in the constellation Auriga, is the bright golden star of Capella.

Three of the planets are easily visible this month. Throughout the month you will be able to see Venus setting in the west just after sunset. It is very low but with an unobscured horizon it is easily seen due to its brightness. Both Jupiter and Saturn are becoming prominent in the night sky and are easily visible to the unaided eye.