On Point: Sunday will be a game of inches - Shane Dowling 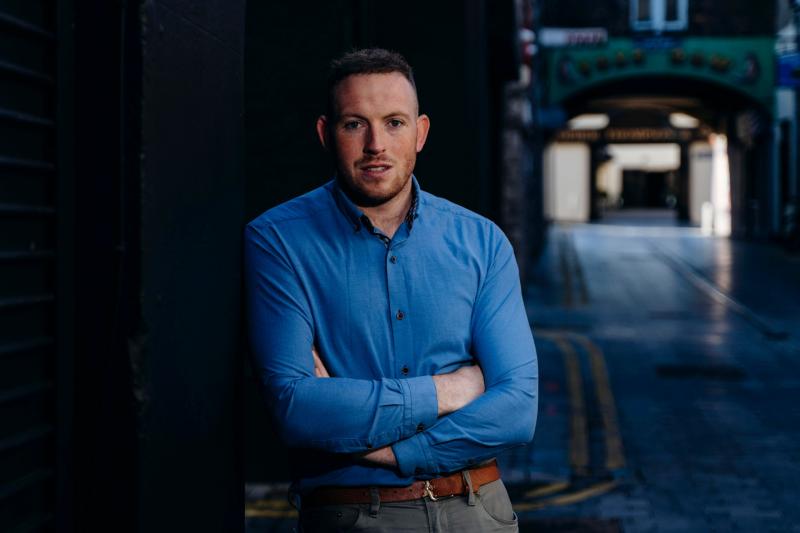 I HAVE often wondered over recent years, especially the last four, mainly as a player and now as a spectator, do we really appreciate what we have?

I mean, I grew up as a kid really looking forward to a Munster Championship game because I knew it may be the only match I was going to get to that year. Primarily because Limerick didn’t win all that many of them or at least were underdogs in the majority.

It was disappointing of course, but nearly somewhat expected. So in all them years I have mentioned, 2006-2017, 12 years inclusive, I don’t think Limerick would have been ‘fancied’ to win any of their opening matches, maybe 2014 excluded.

It just shows how far we have come in such a short space of time. Two Munster titles in the last 3 years. Going for three- in-a-row. More Munster championship games won than lost. It is incredible really.

One thing that I know for sure is that the players won’t be thinking about 3 in-a-row. It won’t be spoken about among the group. But deep down John Kiely will be well aware of the achievement it would be if that were to be the case on Sunday evening.

The consistency over the last number of years is what is most pleasing. But while the consistency has been there, don’t forget that there are a number of little reminders there also for that group who know that when they are not at full tilt, there are teams ready to pounce! I do believe that has been lost a small bit on the wider circle.

In 2018, Clare reminded us of that in the Park. In 2019, Cork, Tipp and Kilkenny did the same, and it’s because of them losses that I believe last year was as good as it was.

As they say sometimes, a pat on the back is only 3 feet away from a kick up the …. And Limerick got that in ‘18 and in ‘19, but last year they kept the distance a lot further away than 3 feet!

The hype that came with last year, not from just our own, but indeed from the entire country, definitely makes things harder.

I never felt comfortable at the Galway game this year, and while I was hoping for a comeback at various stages, with 10 minutes to go I actually started thinking it could be better here if it stays the way it is.The talk of “unbeaten” goes out the window, it will sharpen players up and give the group that bit of space they require.

Against Cork, they were far from the finished article, but got the job done. It just shows the level of expectancy that is out there - an 8 point win over Cork in a Munster semi-final and people still not all that impressed.

For me, all these matches are about winning, whether by an inch or a mile. And while the 2019 Munster final was won by a mile, I think Sunday will be more about inches.

To be fair to Sheedy and the Tipp boys, they are tough out. Questions have been asked of that group by so many for a number of years, but they are still not gone away, and still dining at the top table.

When Clare had the sin bin, for that 10 minutes Tipp showcased to everybody what exactly they will do with space and time. I have heard a bit in recent weeks in relation to when teams are playing Limerick, that they will have to try and come up with something different, as you won’t beat Limerick at their own game.

Well, I am afraid that’s where everybody is wrong in my opinion because there is simply no substitute for hard work. And to be fair to Tipperary, they scored 2-15 from turnovers the last day against Clare which was really impressive.

From a Limerick perspective, they will only be too aware of the danger Tipp pose especially when they create space, so our main priority will be first to stop the ball being delivered from source out the field, and try starve the boys inside, and then when the ball does go in, close down the space, quickly!

Up the other end, it would be just perfect timing for our half forward line to kick into form, and Munster final day with the sun allegedly going to be splitting the rocks, I don’t see any reason why they won’t.

Limerick have been well able to get the better of this Tipp side in recent years, and if we can get on top early doors and plant that seed of doubt in their minds, it could be party time on Shannonside once again. But be wary, there is a kick left in this Tipp team, and we can look forward to a thriller on Sunday.

On a separate note, while hurling provides us with a lift and something to look forward to, Sunday will be tinged with sadness for many following the sad news that broke earlier this week.

Tragically on Monday we learned of the untimely passing of Kildimo-Pallaskenry player, Darren Whelan. I can't begin to imagine what his parish, family and friends are going through at this moment.

Limerick GAA is in itself a family, and I think I speak for everybody when I say our thoughts and prayers are with them all at this very hard time.

May Darren rest in peace.