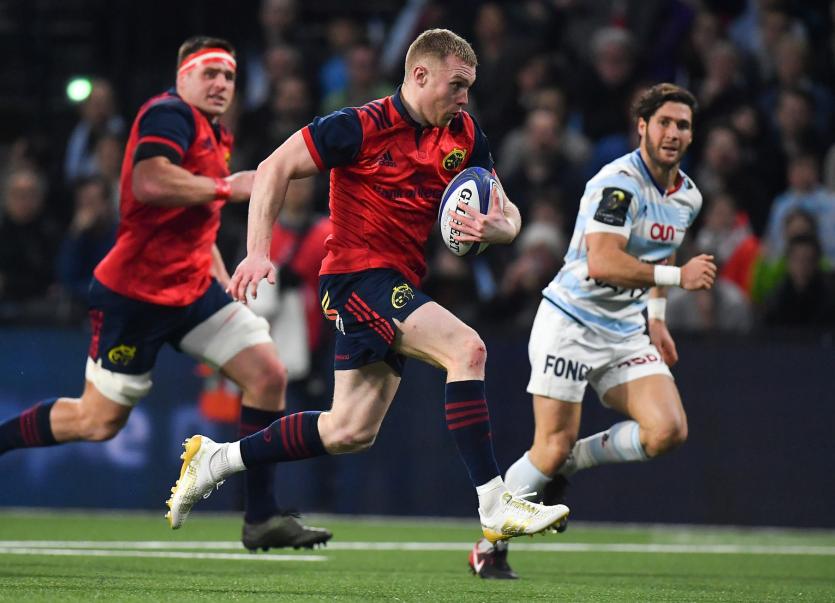 THE Munster squad and management team arrived safely in Bordeaux on Saturday afternoon as the countdown continues to Sunday's mammoth European Champions Cup semi-final with Racing 92.

Charter flight LS6572 carrying the Munster squad touched down at Bordeaux-Merignac Airport shortly after 2pm local time. Earlier, at Shannon Airport, the players looked relaxed as they stopped to take selfies with supporters in the departure lounge.

The Munster squad then travelled by bus from Bordeaux Airport to their team hotel on the outskirts of Bordeaux.

The players arrived at the big match venue, Stade Chaban Delmas, for the pre-match run shortly after 5pm local time.

Temperatures were in the high 20s as the squad went through some stretching exercises.

Sunday's match which kicks off at 4.15pm local time is likely to be played in extremely hot temperatures also.

Thousands of Munster fans are making the trip to the South West of France for Sunday's game. It is expected that Munster supporters will outnumber fans of Racing 92 by three or four to one in the match venue.