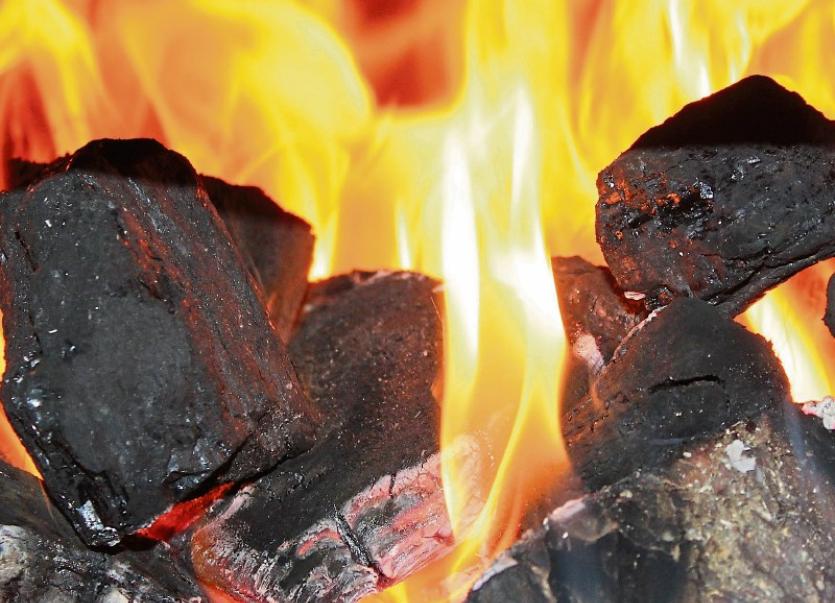 It is illegal to sell, distribute or burn smoky coal in Limerick city and its environs

Limerick City and County Council and the Health Service Executive have expressed concern that bituminous coal is still being sold to and burnt by a small minority of householders in Limerick city and its environs.

The local authority says smoky coal is completely unsuitable for use in urban environments as it generates significant levels of harmful smog, which can have serious consequences for the very young, the elderly and those with respiratory conditions. It can cause damage to flora and fauna as well as property.

Localised smog in Limerick last night, caused by the burning of smoky coal by a minority of householders. Is your conscience clear? The air wasn’t https://t.co/slz5FvSPgG pic.twitter.com/fECM22mwEZ

The sale, marketing and distribution of such coal has been illegal in Limerick city and surrounding area for over 20 years and its burning was completely outlawed three years ago.

It is expected that a nationwide ban will be introduced later this year.

According to the HSE, diseases of the respiratory system are one of the leading causes of death in the Mid-West accounting for 1,894 deaths between 2013 and 2017.

“There is clear evidence that the smoky coal bans have improved air quality and consequently respiratory health. Irish studies have shown that deaths due to respiratory disease decreased following the introductions of the bans,” said a HSE spokesperson.

Householders are being advised that there is no economic or thermal advantage to be gained from burning smoky coal and that the burning of such coal is contributing to the creation of an environmental and health hazard.

Limerick City and County Council says there are some suppliers who continue to knowingly deliver and sell smoky coal, despite their knowledge of the law and despite being subject to repeated enforcement action.

The council says it continues to enforce this ban by means of prosecutions and the issuing of on-the-spot fines of up to €1,000.

Fines of up to €5,000 apply for burning smoky coal. Only coal that is clearly marked as being 'Low Smoke' and compliant with the Air Pollution Act may be sold or burnt in or near Limerick Cityhttps://t.co/slz5Fwaq8e pic.twitter.com/nDYijoeH66

"Those who profit from the sale of smoky coal and those who burn it should consider the harm that they cause to the environment and the medical distress to others. Air pollution is the single biggest environmental health risk in the European Union,” said a spokesperson for the local authority.

"There are plentiful supplies of legal low smoke coal, as well as wood and turf products available and we note that the vast majority of retail outlets such as supermarkets and garage forecourts etc. sell solid fuel that is fully compliant with the law. Low Smoke coal does not damage fire grates and it provides as much, and sometimes more, heat than a similar volume of smoky coal. It does not cost more than smoky coal,” he added.

It is a legal requirement for bags of low smoke coal to be clearly identifiable by being marked with the name and address of the person who packed the bag and labeled – APPROVED FUEL - Contents comply with the Air Pollution Act Regulations.