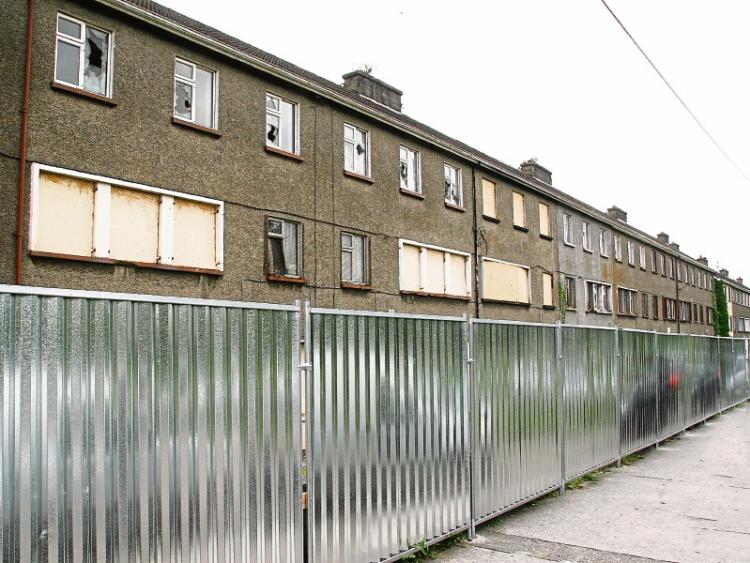 THE long-awaited upgrade and refurbishment of the Hyde Road flats next to Colbert Station is set to get under way next month.

Labour councillor Joe Leddin has welcomed the move, pointing out that it has been a number of years since these flats have been occupied.

Last year, the running of the flats was taken over  by the voluntary housing group Cluid.

“However the delay in beginning this project has been hugely frustrating and the derelict nature of the site is causing the spread of vermin to nearby houses.

“The site has also in recent weeks been subject to vandalism and antisocial behaviour despite the placement of security railings around the perimeter.”

He understands the delay to the start of construction was due to an unexpected problem with the title deeds to the site which delayed the transfer from Limerick City and County Council to the housing organisation.

“However from speaking with representatives from both organisations in recent days these legal issues have been satisfactorily resolved.

With the public realm works in front of Colbert Station near completion it is important that we move quickly to transform and upgrade these flats both to meet housing needs and improve the physical appearance of the area,” the former mayor, Cllr Leddin added.