Limerick City View: Concerns over plans for development of new town in Mungret 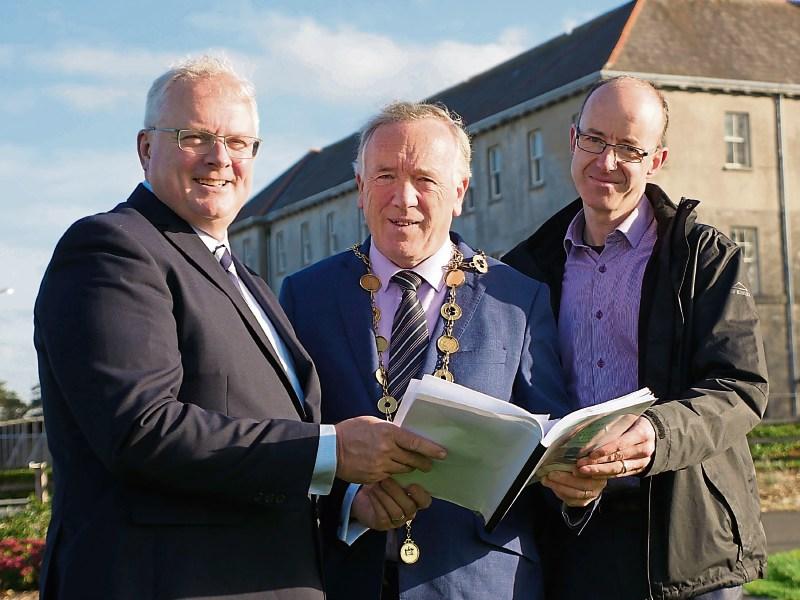 THE announcement that 850 new homes are to be created on lands at Mungret in Limerick concerns me.

There can be no doubt that new housing is badly needed in Limerick. There are reasons to celebrate the creation of the biggest residential development being seen outside Dublin. Limerick is preparing itself for expected population growth.

For almost a decade the Limerick message has been about placing the city at the heart of a thriving region. With the drawing up of the Limerick 2030 Economic and Spatial Plan, followed then by the creation of the Limerick Twenty Thirty company, Limerick spent the recession years planning for the recovery.

We have accumulated acres of vacant land with the mission to create a vibrant 21st century city. Much credit is due to the multitude of stakeholders who have come together to sell the new Limerick vision.

Here is the rub. The new Limerick vision is one about creating a vibrant city, a city where people young and old can live, work and play.

The key announcements made over recent years seem only to be focusing on the working aspect. We are creating office space. Box ticked. But where is the residential? Where is the retail? Where is the public transport investment? Where are the gyms, cinemas, playgrounds, basketball courts and public spaces? Where is the focus on design?

Most modern academics talk about putting people first when it comes to creating great cities. As we consider the steps we have made in drafting Limerick’s future we must ask if people are at the core of what is being done.

Yes, we look like we are making inroads in attracting potential new workers into the city.

Yet we seem to be balancing this with the creation of another out-of-town development that brings to mind the infamous doughnut we once spoke of so often in this city.

So, 850 new homes in Mungret. Let’s say each home has an average of three inhabitants. That’s 2,250 people living in a new little town outside Limerick.

Should we be successful in attracting FDI or SMEs to our modern new office space in the city centre many of our new Mungret residents will commute to work. They will do the Irish thing and use the car.

They will travel via Dock Road, an access point already struggling to cope with traffic.

What happens to the city centre? Will the only residential to be added to our city’s core be social housing developments? We already are well on the way to completing such developments on Edward St and beside the station.

Surely, we have learned our lesson in Limerick regarding the concentration of social housing without balancing with private sector additions?

There is the chance that my concerns are premature. Perhaps there are further announcements to come regarding private residential developments in the city centre. I’m struggling to see where this will happen, however.

The fact is this. If we do not see the creation of a substantial mixed-use scheme in the city centre, a scheme that focuses on residential, cultural and lifestyle, we run the risk of creating a legacy that will once again see thriving satellite parts of Limerick and a city centre where tumbleweed is the only bit of life it sees come 6pm.

We all want Limerick to be successful. We want to boast about the decade where key decisions were made that shaped our future.

We are in the middle of that decision-making decade today. Those decisions must be scrutinised and engaged with.

I was shocked to hear Rob Laffan, a young Limerick entrepreneur, has suffered a serious brain injury during a business trip to the United States.

Rob is known for his work on developing TippyTalk, an app to help families living with autism.

He suffered a serious head trauma and brain injury while attending a conference in the USA.

Rob is now in a stable condition but the severity of the injury means he needs to be monitored constantly and may yet need surgery.

A GoFundme website has been set up to help fund the costs of Rob’s surgery, medical cost and repatriation. According to his family he has a long road to recovery ahead, and will need to stay in the States for at least one month more, and will need rehabilitation therapy for some time.

Rob’s wife Emily is with him, and his daughters Megan and Sadie are in Ireland with family. Sadie, who was the inspiration for the TippyTalk app, has severe autism and needs around-the-clock care.

Rob won the 2015 Engineers Ireland Innovative Student Engineer of the Year Award for his project ‘Tippy Talk’ that he designed to help his daughter communicate.

At the time of writing the GoFundme page was already over half way towards achieving its goal. If you are in a position to help you can visit https://www.gofundme.com/4m4v8h4.