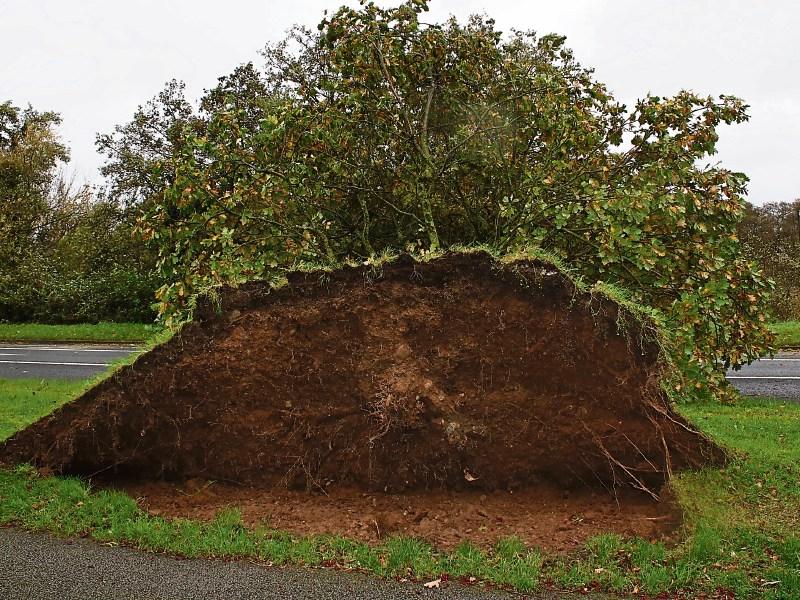 THREE lives were lost in Ireland on Monday as result of Storm Ophelia. Yet there were still those who, in the aftermath, commented that we all overreacted to Ophelia’s threat.

The fact that national and local government along with media organisations across the country took this ex-hurricane so seriously will no doubt have played a huge part in helping to minimise the loss of life or serious injury to members of the public.

In Limerick the local authority must be singled out for the stellar work they did to inform the public of the various risks associated with Ophelia as it made its way towards us. The same must be said for this Saturday morning's council reaction to Storm Brian.

Working in collaboration with the national emergency coordination group, Limerick City and County Council were on the ball over the course of last weekend.

The fact that local businesses closed across the city and county showed that safety was paramount.

The public heeded the very clear warnings with most remaining in their homes until the storm passed.

The so-called overreaction to the storm threat very simply meant that Limerick was safe from harm.

Had we been uninformed and blasé things had the potential to be very different.

At 3pm on Monday afternoon I watched as the corrugated iron roof of a neighbours workshop was lifted and blown away with ease by the severe gusts.

Across the city and county, trees that were rooted for years were shifted and torn from the ground leaving gaping trenches behind them.

Forgive my bias but Fintan Walsh along with the Leader team did a fantastic job keeping on top of the multitude of updates and quickly changing scenarios over the course of the weekend and throughout Monday.

The work done by Met Eireann was clear. The same meteorologists were on our TVs and radios for what seemed like days without a break.

They got it right.

Irish people are great in a scenario such as that we experienced on Monday.

Social media was ripe with witty commentary but always laden with genuine concern for neighbours and friends.

There was real sense that we were taking heed of the warnings.

The credit for this must go to all those who helped to present the public with a very clear understanding of what was coming.

Those who commented in relation to the over-reaction seemed to feel let-down that wider devastation didn’t occur.

The families of those who lost their lives on Monday know all too well the power that Ophelia had to bring tragedy to this country.

Therefore, we must be thankful to every individual who worked tirelessly over the days leading up and during Storm Ophelia.

Their dedication and clear messaging meant that Limerick and much of the rest of the country were guided through that vicious storm with great care.

We don’t give credit enough and in the case of Storm Ophelia, those who had a job to do did it to the fullness of their ability and as a result lives were saved.

Building up a Capital Limerick

Capital Limerick is an organisation for Limerick people based in Dublin who are united around the aim of promoting and enhancing Limerick’s profile and reputation as one of the state’s prime economic and socio-cultural hubs, and as a centre for leadership in business, sports, politics, technology and culture.

One of the organisers of Capital Limerick, Clair Hayes, an associate solicitor in commercial law firm Matheson, says the group wants to promote and drive the commercial and socio-cultural profile of Limerick back to the heights which they consider to be nothing less than its rightful place.

Speaking at the launch of the initiative last year Hayes said: “Limerick’s greatest era is to come. Capital Limerick is about mobilising those of us based in Dublin who are united around that aim and seeing how we can help and get involved in the recovery and resurgence that is already visible.”

The event takes place at 12 pm on Friday, 3 November 2017, in the InterContinental Hotel, Ballsbridge, Dublin 4.