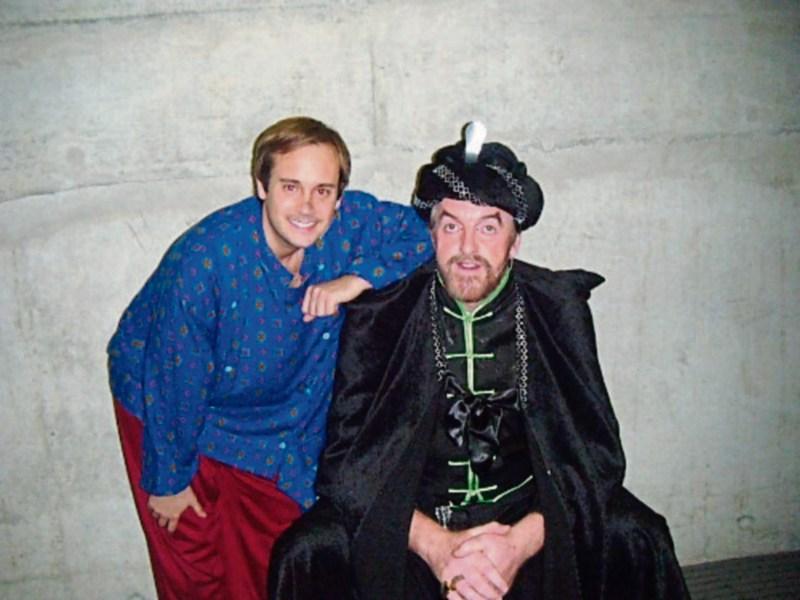 BEING part of the Limerick theatre community as a young boy played a huge part in forming me as a man.

From the moment I started with Oliver in 1991 with the Cecilians I was immersed in a community that boasted some of the finest people you could meet.

One of those was John Finn.

Talking with people about John over the past few days, I discovered that he was a passionate fan of all kinds of music with traditional music being a real love.

He was involved in the early days of pirate radio in Limerick presenting on the Big L station with the like of Declan Copues.

His love for theatre and everything that goes with it goes back to the early 1980s when he took part in the Tops of the Town competition. In 1985, he got wind that Tony Cusack was contemplating establishing a Panto Society in the city and, without hesitation, John became a founding member.

To this day the Panto Society has never lost the sense of community spirit it espoused from its inception. John played a huge part in this. He was their rock when it came to scriptwriting.

Thank You to all for your messages & support over the last few days as we said farewell to our wonderful friend & panto legend John Finn RIP pic.twitter.com/WksUYzBxgu

Anyone who knows the Finn family will know how respected they all are. John had the Finn trait of being willing to help whenever help was needed.

I have memories of taking part in shows with John where he would be on stage delivering his lines only moments later to be found putting the finishing touches to a piece of scenery.

He was one of those people who gave his all.

Down through the years John played a huge role with most of the amateur theatre societies in the city. He was particularly kind to the young performers taking their first steps on the Limerick stage. Since his passing many tributes have been paid by these young people, many of whom have gone on to choose performance as a profession.

I admired the love he and his wife Sandra shared and have fond memories of them both from my days with Limerick Panto Society as a boy.

John Finn epitomized what we all should aspire to be as human beings.

Despite his unassuming personality he had a zany wit that was clearly evident in the Panto scripts he produced down through the years. John was decent, dignified and kind.

In recent years, I’ve been on hiatus from the theatrical scene. That doesn't mean I don’t miss the camaraderie, the fun and the friendships I have made down through the years.

One of those friends was John. I’m glad to have had the honour of knowing him and will miss him.

To Sandra, Catriona and Sean. To Breda, Mike and Brid. To all his wide circle of friends I offer my heartfelt sympathy.

LIMERICK Civic Trust has announced plans to restore St Munchin’s Church and Graveyard leading to the creation of a new city museum.

There has been a church on the site since 561, the present church of St Munchin’s was erected in 1827 and is the oldest parish church in Limerick.

The boundary wall of St. Munchin’s graveyard which faces the River Shannon is part of the old city wall that once enclosed the medieval district of Englishtown.

The main focus of the museum will be to commemorate collect, preserve and display the history of the region’s military, starting with the first Siege of Limerick up to today.

Allison McNamara from Limerick Civic Trust said: “We are keen to get this project completed and the museum open in time for the tourist season 2018. We feel that this will add an extra dimension to Limerick’s medieval quarter for tourists and local communities alike.

“As we look to 2018 and our goals for the year, we are looking for companies who might consider engaging with the Limerick Civic Trust to support projects like the restoration of St. Munchin’s church and graveyard.”

There are a number of internal and external works to be carried out on the church building in order to make the building safe for visitors and appropriate to hold the military collection so that it can operate as a museum.

“Our corporate partnerships are essential for the sustainability of our work and enable us to plan for the future,” says Allison.

“ Whether a company would like to support a specific project, of which we have many, or are looking for a strategic relationship, which we are very good at, we understand that every company has different needs and expectations. We will work with companies to tailor a partnership matching their needs while providing a good fit with their core values, staff engagement and corporate requirements.”

“Partnerships are at the heart of the Limerick Civic Trust, without our corporate and community partnerships, we would not be able to making a lasting contribution to the region,” Allison explained.