Limerick City View: You can help the homeless more than you might think 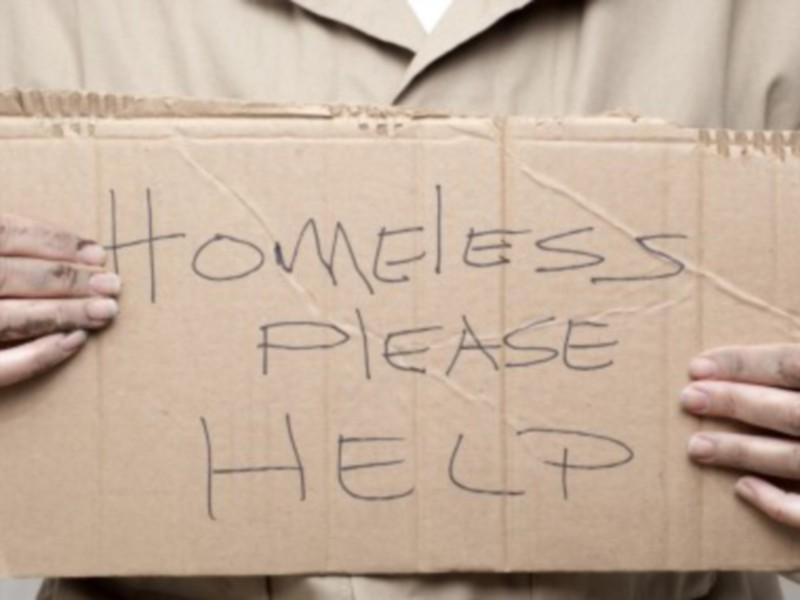 Consider forming a connection with a homeless person you see every day; see the human being instead of ‘the problem’

THE current levels of homelessness being reported in Ireland are cause for great worry.

What is fast becoming an epidemic in Dublin has yet to make its presence fully noticed on the streets of Limerick. This city certainly has no reason to be complacent. Quite often, problems seen in Dublin take a little while before they become fully apparent in Limerick.

Something that has given me great heart over recent months has been some of the interactions I have seen between members of the public and those who find themselves in a position where begging on the street is the only option.

There are many who see beggars on our city’s streets as a scourge. There are those who call for the city to be ‘cleaned up’ of this nuisance. Others find it intimidating.

You don’t have to travel far to see what true homelessness means within a functioning urban environment. Dublin’s crisis makes homelessness far more visible than in Limerick.

It is almost commonplace for large central parts of European cities to see shop doors filled with those sleeping rough, night after night. For some of us who have a relatively comfortable lifestyle we don’t like to see the reality of homelessness before our eyes. Perhaps it is an unwelcome reminder of how lucky we are. Some of us want to help but question if a €2 donation into a proffered cup will be spent suitably.

I’m sure there is a certain percentage who look at a homeless individual with a certain disdain.

Two years ago, I got to know one of Limerick’s homeless. He was a guy you would see on the city streets begging, mostly in the same spot.

What started with the odd offer of a cigarette then became a chat. Some days it would just be a quick hello; other days would result in deeper interaction.

I was one of those who questioned whether the price of a cup of tea would be spent differently. I had trust issues.

Over time I realised this young guy had found himself in a hopeless scenario. Most of all I fully realised how human he was. He could hold a conversation. He would open up now and again about his issues. Yes, heroin was a demon but he was trying to fight it. He was a nice guy.

I liked to think our occasional chats were of value to him, even more than the single cigarette or couple of coins sitting in my back pocket.

A few months ago, I had noticed I hadn’t seen him in a while. I often wondered if he was ok and regretted never asking him his name (homeless people do have names). Then one day, on the same street on which he used to sit, he reappeared.

This time he was different. Instead of sitting outside the barriers of the local cafe, he was now a paying customer.

He was with a friend. He looked well. He smiled and acknowledged me. I didn’t need to interact any further. He was doing well. We now see each other every other day and always say hi. I don’t need to know the ins and outs of how he overcame his problems, I’m just inspired by the possibility.

I don’t tell this story to give myself credit. I tell it because I have witnessed many others of late who have found their own connections with some of our homeless community.

I have seen women regularly bring a cup of tea. I have seen others sit at their level and chat. I have seen local business owners treat them with respect.

The homeless crisis won’t be solved overnight. It will be something we will see more and more of in Limerick. Many of us feel powerless to help. Perhaps we have more power than we think.

Consider forming a connection with a homeless person you see every day. Consider smiling at them. Consider a quick chat.

There but for the grace of God, go you, or I.

A big Limerick welcome is due to Danish retailer Søstrene Grene which will open its doors on Bedford Row in Limerick city this Friday.

The brand, which specialises in home accessories, kitchenware, gift wrap, DIY articles, stationary and small furniture, is rapidly expanding in Ireland with the Limerick store being their sixth in the country.

Heather and Niall Lawlor, the Irish joint venture partners, say they are excited to bring Søstrene Grene to Limerick and add to their existing five Irish Søstrene Grene stores.

Announcing the new Limerick store Niall described Limerick as: “a city with beautiful and historic surroundings combined with a confident, urban feel in the city centre making the city a perfect location for Søstrene Grene”.

“The city is experiencing a rebirth these years as a key shopping destination in the Mid West Region. We are excited to bring some Danish flavour to the buzz, and we are looking forward to welcoming everyone who wants to enjoy the Søstrene Grene experience into the store on the September 1 opening day,” Niall said.