Move to public transport in Limerick can become viable option 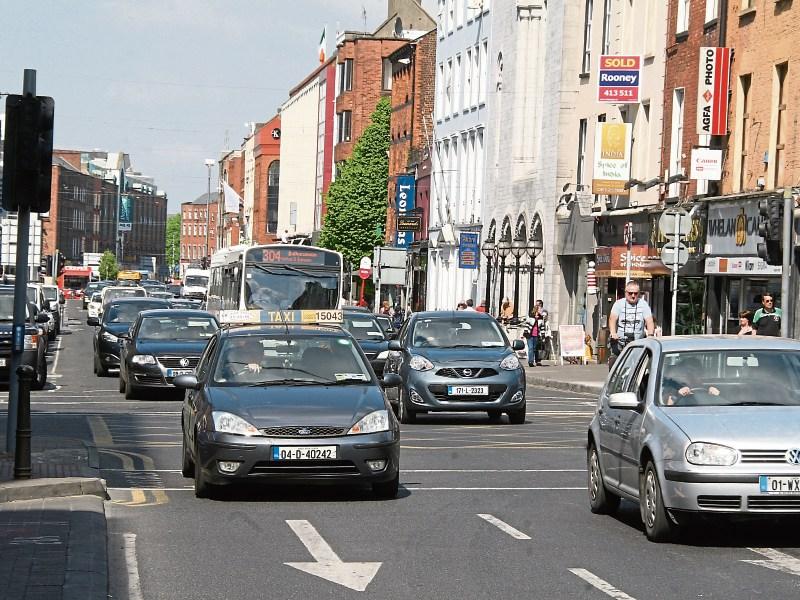 Could we provide a number of ‘City Imp’ style buses that circle the city centre on a regular basis daily?

SITTING outside the Hunt Museum recently I took some time to watch afternoon traffic approaching the city from Corbally and Castletroy.

It doesn’t take a traffic engineer to realise the main point of entry to the City, at the Locke Bar and Project Opera site, struggles to deal with the level of traffic at its current level.

Limerick is a city of car users. Yet the city and its suburbs are not sprawling. The distances required to get from one side of the city are not massive. As a city dweller who walks almost everywhere I cannot understand why people make decisions to sit in cars day after day as they commune to work.

In this column, over recent months I have tried to understand why Limerick has failed to embrace the concept of public transport. I have lamented the vision of single occupancy cars line our access routes. I have bemoaned the fact that our bus lanes don’t allow our public transport system to flow through our city via uninterrupted bus lanes.

Getting around Limerick city is a bit of a chicken and egg scenario. Our population, for the most part, doesn’t see public transport as a viable option and choose the car instead. The powers behind making decision about our public transport provision question the level of usage in the city and fail to provide adequate services.

In two years’ time, we should see 750 new jobs created with the completion of the Gardens International site. Other similar projects will see completion not long after. Trends tell us that Ireland’s population is increasing and, even without significant development, Limerick will have its share of this increase.

We are cheaper than Dublin, Cork or Galway. There are jobs being created here.

It is crucial, therefore, that we begin to think carefully about our city’s future in terms of how we move around.

This week, the local authority announced that it has partnered with the National Transport Authority to develop a new Transport Strategy for the city.

According to Limerick City and County Council, the purpose of this is to ‘deliver an integrated Transport Strategy for the Limerick City region and to promote and encourage sustainable transport’.

The announcement by the council must be welcomed. The new strategy, which will commence next year, will consider all transportation modes including walking, cycling, buses, coaches, Bus Rapid Transit Systems (BRTS), light rail, heavy rail, car sharing and private cars in developing a comprehensive transport strategy for the Limerick City region.

A few weeks ago, eyebrows were raised when James Ring, CEO of Limerick Chamber, announced his team would be lobbying Irish Rail with a view to opening suburban stations on the outskirts of Limerick city along with park-and-ride facilities to improve ease of access to the city centre.

Some likened Ring’s comments as akin to the famous Simpson’s Monorail episode. Is it that radical an idea, however?

The fact is this; Limerick does not do public transport well. The local authority recently completed works around the station and Davis Street without the provision for quality cycle lanes. Our existing bus routes don’t sufficiently serve the places that need them most. Anyone who does use a bus knows that, as you approach the city, bus lanes become secondary to the car.

The development of Limerick will happen faster than we think. The fact that the local authority is now planning to develop a new transport strategy must be welcomed. However, one could fear such a strategy might cost a fortune and take years to implement.

Here’s a few thoughts to start:

Could we pilot a project, with the support of the National Transport Authority, where every city-based company offers employees five days public transport for free? The cost per employee would be approximately €15 per week.

Could we get the same companies to team up with the likes of Limerick’s new car sharing option GoCar should employees need the momentary use of a car during working hours?

Could we provide dedicated park and ride facilities for one year at the four key entry points to the city?

Could we provide a number of ‘City Imp’ style buses that circle the city centre on a regular basis daily? Such a move might incentivise urban workers to ditch the car.

James Ring’s comments recently may have sounded crazy to the majority of Limerick commuters but at least he is proffering an alternative. We know the city centre is currently treated like Silverstone. That needs to change.

We need to move quickly or face a nightmare in terms of how traffic moves in Limerick.

The biggest quick win result we could have in this city is to make our population consider public transport as option.