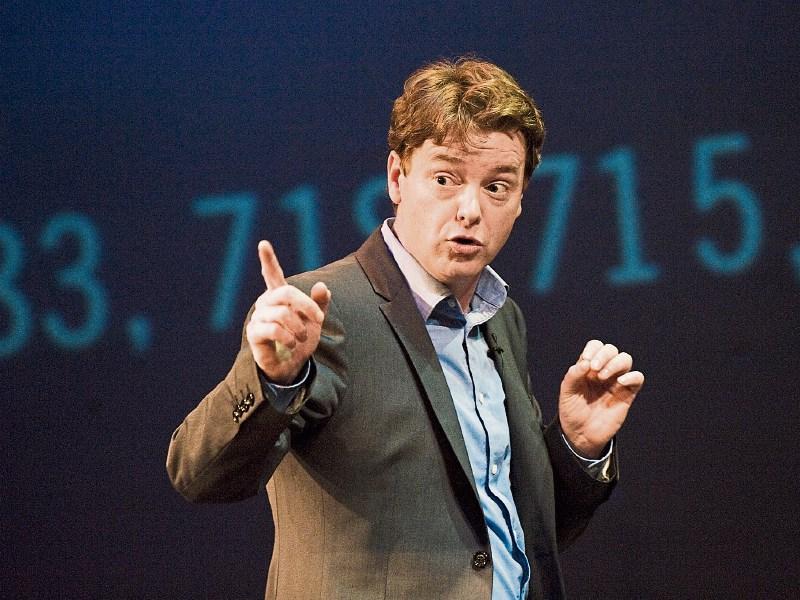 David McWilliams’ message of positive reinforcement resonated with me and many others for years in Limerick, but perhaps the time has come now for more critical analysis

IN April 2014, the economist David McWilliams wrote a piece about Limerick. It was a positive piece.

At the time, we were in the midst of our time as City of Culture. We were a city still working hard to overcome a period in our history where the word ‘Limerick’ wasn’t synonymous with growth, confidence and investment.

One phrase from McWilliams’ article has stuck with me to this day: “Regular reinforcement of lots of small messages repeated at timely intervals is how we form impressions, develop opinions and yes, develop prejudices. If the messages are constantly negative, we all form commensurate opinions.”

Along with many others at the time I had made it my duty to use McWilliams’ thoughts but to turn them to a positive. I was already a regular user of various social media portals to source and reinforce positive messaging about all aspects of Limerick life.

I was then given the opportunity to write a weekly column in this newspaper, an opportunity I grasped without hesitation.

Filling this column with good news has not been difficult. Limerick has come so far over recent years. Week in, week out since March 2014 I have filled this page with what I hope has been a consistently positive message about the city I love.

To paraphrase McWilliams, I have reinforced small messages about the city at timely intervals and hope that this column has in some way helped to form impressions and develop opinions about Limerick.

During last week, however, I was put back in my box for a moment.

A headline appeared online via the UK Publication the Times. The headline exclaimed: ‘Paris culture is outshone by Limerick in EU report’.

I didn’t read the EU report. I barely scanned the news story. Yet I immediately reached for my mobile phone and shared the piece on Twitter, Facebook and Linkedin proclaiming how wonderful it was to see Limerick spoken of in such a way.

I thought about the comments and came to the conclusion that they were right. What I did was jump on a positive headline and then blindly share without actually questioning the content.

This simple episode raises a question for me. Could it be that Limerick has now reached a point where the need to find the positive is no longer so important?

Could it be that we have arrived at a new phase in our history where the negative connotations of Limerick have dissipated for good?

Perhaps the ‘rebranding’ exercise that Limerick has engaged in over recent years has come the point of completion.

Perhaps now is the time to start focusing on ensuring the good work done over recent years now results in actual job creation, actual footfall, actual urban living and population growth and actual improvements in the quality of life for all Limerick people.

Perhaps the need for the days of regular reinforcement of positive messaging about Limerick are over and now is the time for a more critical analysis of where our city’s future is headed.

Careers, quality of life and cost of living drawing people to region

Sticking to the positives for now, however, a new report has shown that career opportunities, a better quality of life and lower cost of living is attracting top talent to the Mid-West.

The Mid-West Relocation Survey, which was launched in Limerick last week, reveals that the Mid-West is fast becoming a destination of choice for top talent.

The survey was carried out by National Recruitment & HR Services Group Collins McNicholas, in conjunction with Limerick Chamber.

Findings show that half of all professionals move to the Mid-West for career opportunities. Some 93% of respondents are happy with their relocation while seven out of 10 have a quicker commute – with almost two-thirds under 20 minutes.

A better quality of life, career opportunities, shorter commutes, less traffic, and lower property prices and living costs – these are the main reasons why highly-skilled professionals say they have made the move to the Mid-West.

A total of 103 respondents engaged with this survey. All were people who had relocated back to the Mid-West and were working in the region. The survey was carried out in February, March and April of 2017. Respondents were chosen from multiple sectors in order to get the broadest possible viewpoint.

More than 93% of those surveyed said they were satisfied or very satisfied with their relocation. Almost three-quarters (72%) say they now have a better balance between their working and home lives.

Some 70% now have a quicker commute to work since relocating to the Mid-West – with nine out of ten people having a commute that is less than 40 minutes.

Some 61% now have a commute of less than 20 minutes. Interestingly while 45% of those who moved back were originally from the Mid-West region, 42% relocated from outside of Ireland.

When asked about the factors which influenced their move to the Mid-West, 88% cited a better quality of life while two-thirds referenced a reduced cost of living.

The other main reasons given were: lower property prices, less traffic, career opportunities, beautiful scenery and a safer environment.