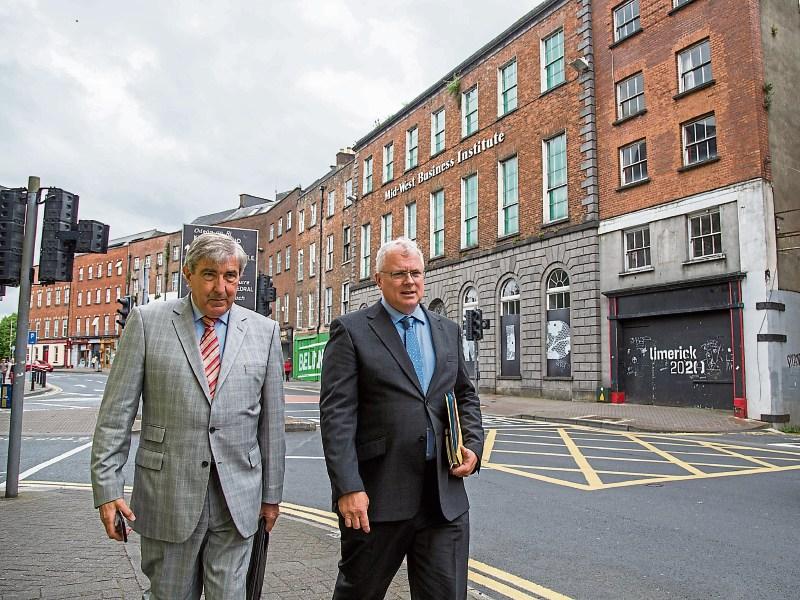 THERE can be no doubt that Project Limerick has finally reached a point where action is the name of the game.

Coming on the back of news first revealed in this newspaper that Kirkland Development’s project on Bishop’s Quay received planning permission, we received the news that the Limerick Twenty Thirty company is ready to submit plans for the long-awaited Opera project on Patrick Street.

And, in the same week we saw the #LiveableLimerick campaign radically energise citizens to engage on the O’Connell Street revitalisation project plans.

After years of talking we are finally seeing results. Summer is normally a quiet period for big news but the last few weeks have seen some of the most significant announcements seen in the city for years.

Confirmation on the newly named Project Opera was the first major announcement to be made by David Conway, the recently appointed CEO of Limerick Twenty Thirty. So, who is Conway and what will his new role in Limerick entail?

Before arriving back to Limerick, Conway acted as chief executive officer of the National Sports Campus Development Authority. He played a key role in developing the Abbotstown project since 2001.

Conway is no stranger to Limerick having graduated as a Physical Education teacher from the University of Limerick and subsequently played his part in developing the world-renowned facilities on the UL campus.

A qualified MBA graduate and project manager, his role as CEO of Limerick Twenty Thirty will see him head up the first, wholly-owned local authority special purpose vehicle created in Ireland to deliver a city and countywide programme of investment.

Conway’s role will mean he heads up a company tasked with delivering over €500m worth of transformational investment infrastructure across Limerick, focusing on strategic sites capable of record inward investment and jobs. He takes on the mantle at a good time.

Two major inner city projects controlled by Limerick Twenty Thirty have now made huge progress. The International Gardens project on Henry Street is on site with a completion date for late 2018.

Should plans for Project Opera be given the go-ahead later this year we will see the beginning of the creation of what is expected to be a game changer for our city.

When UK-based consultants GVA delivered our city the Limerick 2030 Economic and Spatial Plan in June 2013 there was much fanfare. That slowly turned into frustration - understandably. We deeply wanted to see action. We started to think the talk was hot air.

What has come to pass over recent weeks is a clear message to all of us that the Limerick Twenty Thirty project means business. Not only that, it is now ready to deliver.

Under the stewardship of Denis Brosnan and with David Conway as CEO I believe Limerick has reached a new turning point in the history of its urban economic development.

We cannot be blind to the many challenges faced in Limerick in terms of its socio-economic breakdown, particularly within the core city areas. However, we must also recognise that with positive economic development comes benefits and opportunities for every individual we call home.

THE 44th World Conference of the International Council for Traditional Music (ICTM) will be hosted by the University of Limerick later this month.

Its aims are to further the study, practice, documentation, preservation and dissemination of traditional music and dance, including folk, popular, classical and urban music and dance of all countries to bring cultural understanding and peace to humanity.

According to Professor Svanibor Pettan, the secretary general of the ICTM, “The strength of the Council is in its 1,400 plus members from more than 120 countries on all the world’s continents, who represent diverse scholarly approaches in their search for knowledge, understanding and skills related to diverse traditions of music and dance.

“We are also proud of our very active 21 study groups, focused on research on either selected territories or topics.”

World conferences play an important role within the ICTM for the presentation, sharing and dissemination of knowledge.

These conferences are biennial and are organised in different institutions around the world.

The University of Limerick was successful in its bid to host the 44th ICTM World Conference.

According to ethnochoreologist and Co-Chair of the World Conference at the University of Limerick, Dr. Catherine Foley, “This is the first time that the ICTM’s World Conference has come to Ireland and 2017 marks the 70th anniversary of its post Second World War foundation.

“Hosting the World Conference in Ireland in 2017 is hugely important for Ireland with our own strong cultural traditions of music and dance.

“We look forward to welcoming many international scholars of music and dance to Ireland, and in particular to Limerick, and to sharing our own music and dance practices with others”.