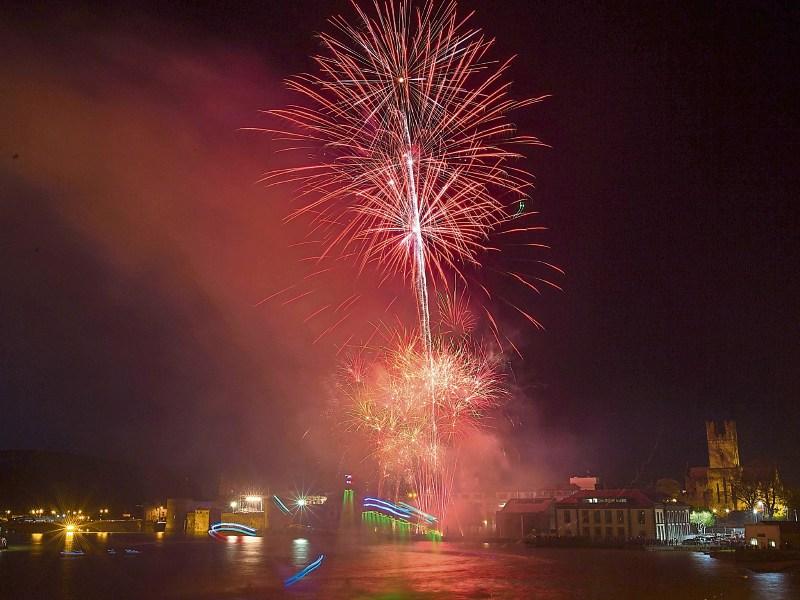 THIS year Limerick’s claim that it owns the May Bank Holiday weekend in Ireland finally rang true. For some years, commentators have been critical of aspects of the festival organisation.

There were those years when the majority of the events in Riverfest had no linkage with the river.

There were the years when it seemed all we could offer (apart from the Great Limerick Run) was a BBQ and a few stalls positioned in an obscure location behind the Granary.

It is clear that those involved in creating and nurturing our festivals are beginning to understand what it takes to make things work.

On Bank Holiday Monday I was lucky enough to take part in a 12 kilometre charity Kayak trip from the University of Limerick into the heart of the city. Not only were we blessed to get an amazing day weather-wise but we also got a unique opportunity to witness the end of Riverfest celebrations from the viewpoint of the River Shannon itself.

We made our way around the top of Corbally, travelled down under the railway bridge and then on into the city.

We kayaked over the Curraghower Falls and watched as thousands of people cheered us on from the castle, the bridges, the Riverfest Village and the quay walls.

The city felt alive. Just the previous evening a spectacular fireworks display delighted huge crowds positioned at any riverside vantage point they could find. The crowds who attended Hermitage Green in the grounds of the castle had a perfect view of the display.

World Champion jetboarders Scotty Knemeyer and Bo Krook and other various river performers who had displayed their skills on over the weekend were back in place, this time brightly lit in LED lights, to once again add to the spectacle. 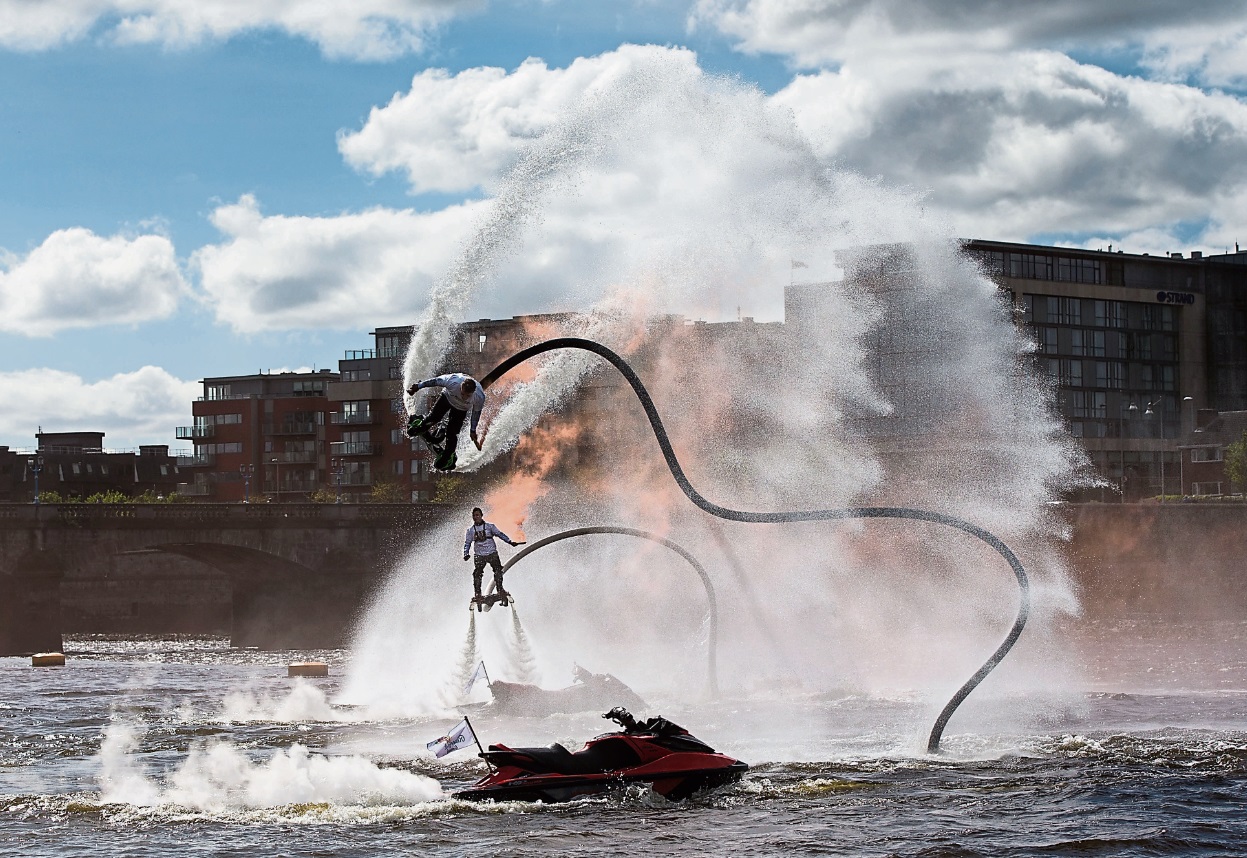 The ferris wheel and other attractions in Arthur’s Quay Park brought life to the riverside. The addition of zipline was an inspired addition. Finally, people were feeling part of the river that this festival celebrates.

The famous BBQ that has become a key part of the festival down through the years once again found a new home – this time located on Howley’s Quay just in front of House Bar. What I loved was the fact that the festival finally felt like it was starting to embrace a wider part of the city. 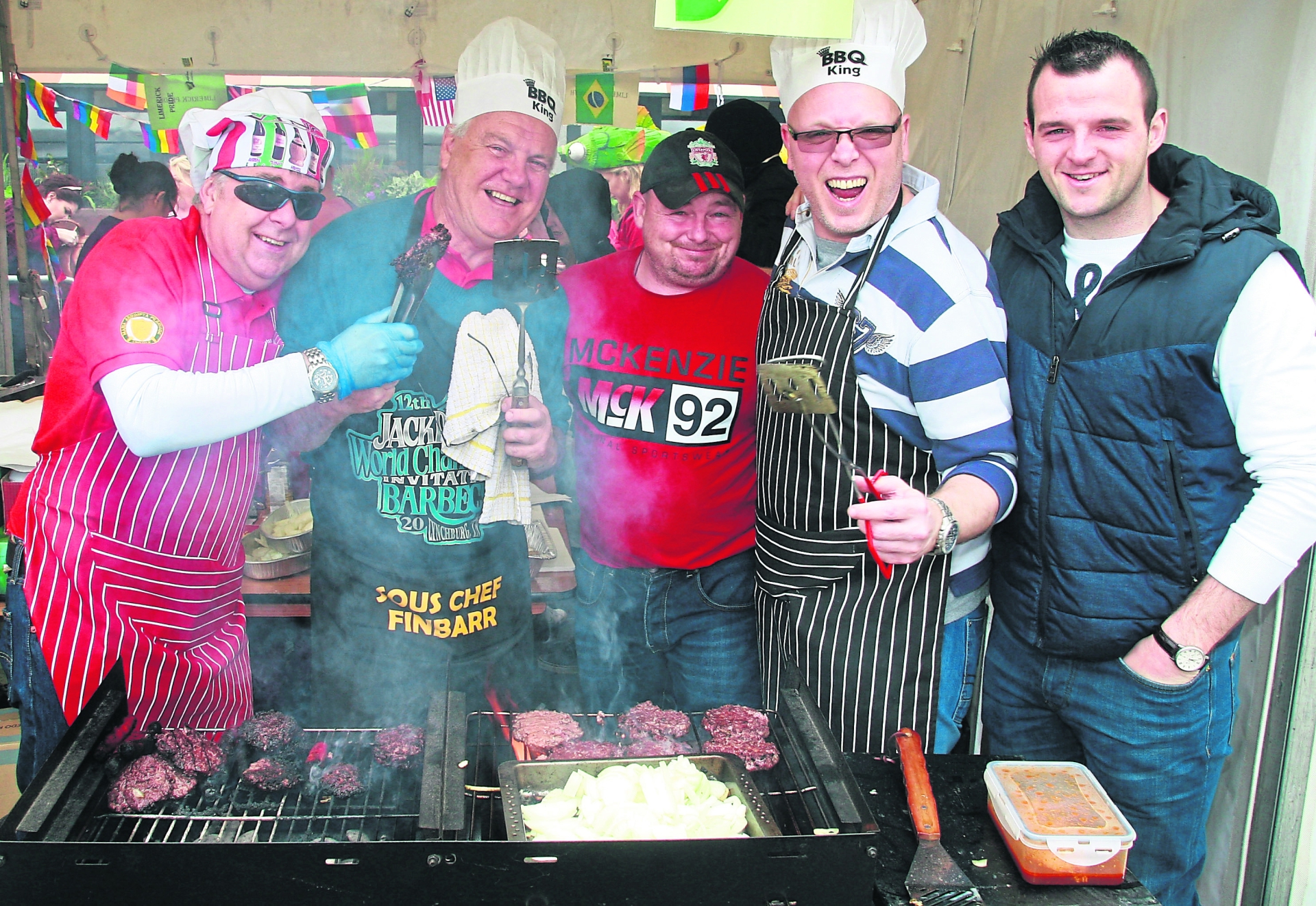 Rather than having everything housed in one location we were a city that invited participants to explore our city.

Most importantly the majority of events took place alongside the river.

The organisers of the Great Limerick Run must again be given credit for the work they have put into developing this event. This year almost 12,000 runners participated in the event. The inclusion of musical acts from marching bands, gospel choirs, traditional music and DJs entertaining participants along the route added to the sense of celebration in our city.

It might be argued that we now need to think about how we maximise the sharing of the marketing resources held by both the GLR and Riverfest organising teams.

My experience with the 70 other kayakers on Monday morning was special. There was something heartlifting about being part of a such a large, colourful group descending the Shannon into the city. The city really does take on a different look when viewed from the perspective of the river.

In recent years the addition of companies such as Get West and Nevsail has given Limerick a super opportunity to get people back on the river. We all know there are navigation issues with the Shannon but I believe that now is the perfect time to firmly investigate how our city can be used to better effect in terms of water tourism.

Now that Riverfest is starting to feel like a genuine article in terms of an urban annual celebration wouldn’t it be wonderful if the next key addition is full calendar of varied waterbased events over the course of Riverfest weekend?

The Riverfest organising team and the local authority have received criticism in the past. This year I think it is time to give them all great credit for the party the put on. Of course every year there will be small aspects that will require tweaking the next year.

What is crucial now is that a review of this year’s event takes place while it is fresh in the mind.

There are so many aspects from this year’s event that we need to acknowledge as being positive. Limerick needs to bottle the energy our city exuded over the May Bank Holiday weekend and ensure that next year that energy is replicated with even more magic added to the mix.

Finally, I think it is important to give a big compliment to those who were behind the creation of the various video and photographic outputs from the weekend. The coverage the city received as a result of their work was priceless.

In just a few weeks’ time Limerick looks forward to the introduction of the first European Food Truck Festival which will be located in the People’s Park.

Judging by the reaction on social media and in some of the national media portals we can expect the June Bank Holiday weekend in Limerick to be something special.

There is no doubting that a well-run civic event reaps great rewards. Limerick is now at a point where we are getting things right.

With a collaborative, supportive approach across the board there is no reason why this city couldn’t become a key recognised destination in terms of how we put on a party.