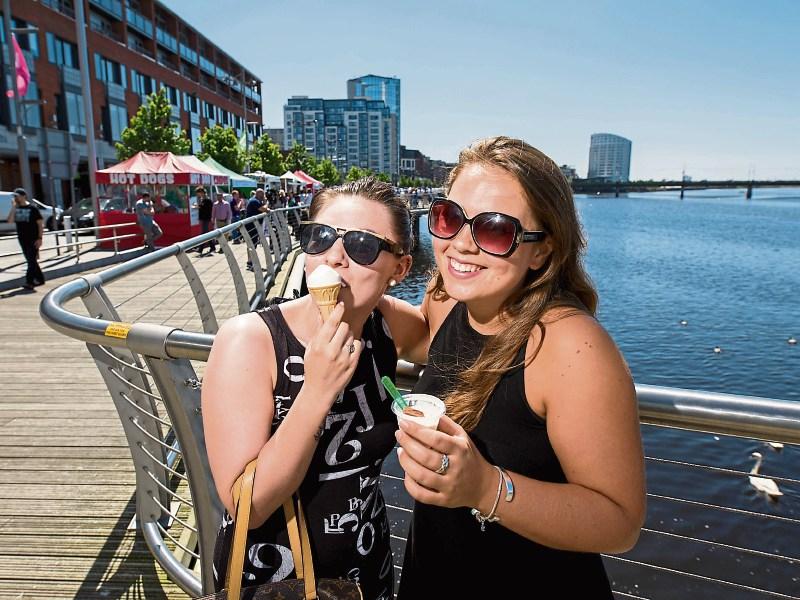 IN what has the potential to be a major coup for the city it is super to hear that Limerick will play host to the European Food Truck Festival in June.

Limerick will join the likes of Brussels, Riga, Dijon and Bologna as part of the official Festival tour in 2017.

Great to hear that the European Food Truck Festival will hit #limerick this June pic.twitter.com/F71M3H99SJ

Earlier this year, it was also announced earlier that Limerick had beaten Rome to the right to host the World BBQ Association World Championship later this year.

The report in this newspaper revealed that this is the largest international BBQ competition of its kind and will see 100 teams from around the world descend on Limerick in October generating a boost to the local economy in the order of €500,000.

We are less than two months away from Riverfest which will see the annual BBQ competition as its focal point on the Saturday afternoon.

The fact that three major events, all focussed around food, are taking place in Limerick’s annual events calendar must be welcomed.

In fact, a case put now be put for a clear need to market and promote our city as a food destination – something that might have been unheard of some years back. Progress is definitely being made.

Recently, the Irish Times listed their top 100 places to eat. Thankfully Limerick city was nicely represented with four venues making the list – La Cucina, The Curragower, Canteen and Aroi. This is certainly a step forward for recent years where we struggled to have a single entry on similar lists.

It seems to me that the current situation in Limerick is that there is a deep desire to grow our food industry. Our Saturday Milk Market continues to improve its offer and rightly receives high praise from experts in the food industry.

The local authority’s efforts last year to create a Wednesday food market was welcome and added a real vibrancy to life on our waterfront.

In 2015 I wrote about Olivia O’Sullivan’s efforts to create the Eat in Limerick brochure and campaign aimed at showcasing the quality of Limerick’s food offer.

O’Sullivan’s belief was (and no doubt still is) that Limerick has always been a destination that boasted local food champions but saw a need for the region to tell its food story a little better.

When speaking to me in 2015 one thing that Olivia said stuck in my mind.

“Limerick is a thriving through the number of young people who are now establishing new food businesses in the city. It shows that the concept of food is now appealing to a younger generation”, she said.

Limerick is slowly but surely getting there when it comes to how it tells its food story.

There are now initiatives in place which are helping to support those young, energetic and entrepreneurial food producers or business people.

Following research this brief was widened to a “Food strategy for Limerick” to allow for a more holistic approach covering all food stakeholder groups.

This Food Strategy, which had a timeline of 2016 -2018 highlighted our regions strengths with particular reference to improved diversity in Limericks food offer in recent years, a growing food producer base, new emerging food festivals and new enthusiasm from food stakeholders.

The research also indicated some weaknesses; such as our small number of specialty producers and no “joined up thinking” with regard to developing food.

Later this year we should see some initial outcomes from this strategy. At a time when multinational job creation seems to take precedent it is so refreshing to know there is also a focus on supporting and developing our indigenous food industries, industries that play a huge role in defining who we are as a place.

Our festivals, our food producers, our restaurants and our gastropubs deserves a structured, funded and working platform which supports the marketing, development and expansion of Limerick’s food industry.

The Food Strategy identified new opportunities for growth in the sector including a food brand for Limerick, a food tourism link to the Wild Atlantic Way, up skilling the sector, a strong marketing plan for Limerick, securing strong interest from many stakeholders in the establishment of a food strategy and harnessing the expertise which was gained during Limerick City of Culture in 2014.

All of these strategic objectives have huge potential to make a difference. There can be no doubt that the launch of the Food Strategy in 2015 was very welcome. Its three-year strategy, if implemented well, has the potential to be a game changer.

This is a time of enormous change both within the local authority system and in Limerick’s economic and spatial history. There is a welcome vision and emerging plans across numerous sectors within Limerick society.

We have many plans in place at the moment. It could be difficult to implement them all but I trust the ambition of the local authority is at a level where mediocrity is no longer an option.

In relation to Limerick’s Food Strategy I look forward to the mid-term report and think Limerick is now in a perfect place to work together to help its implementation, to ensure it makes a positive impact on our food industry.

We all must play our part to ensure the ultimate success of the strategy and to help place Limerick city and county at the forefront of the Irish food map.