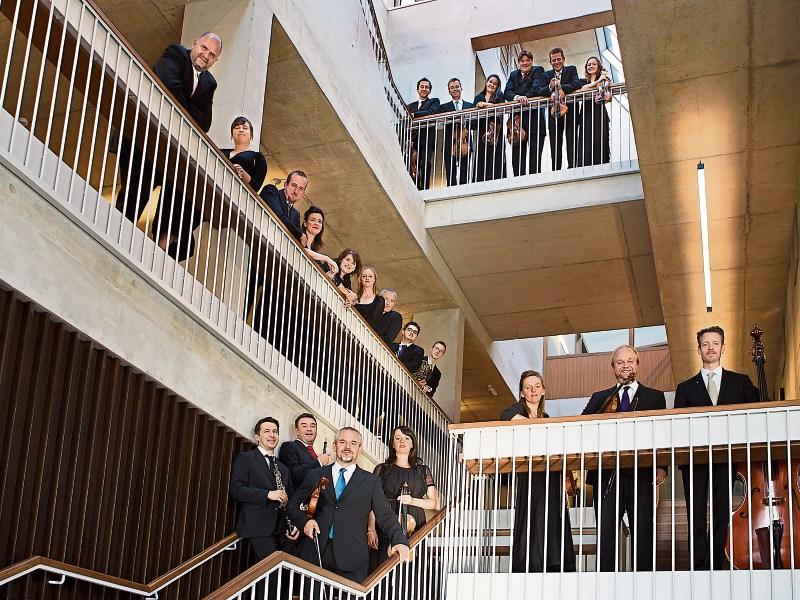 CLASSICAL music may be considered slightly niche, so it is often easy to forget that Limerick boasts a gem of the classical music world on its doorstep.

This March will be a month to celebrate for the Irish Chamber Orchestra as the UL-based outfit makes an historic debut at the prestigious Konzerthaus in Vienna.

The performance is a significant one for  the ICO as it will become  the first Irish orchestra to perform at the  venue, before it continues on to Heidelberg for the second of its three-year residency at the Heidelberger-Fruehling, one of Germany’s most celebrated music festivals.

The Irish Chamber Orchestra is one of Limerick’s cultural gems having based itself on the University of Limerick campus in 1995. The orchestra has now become part of the fabric of our cultural offering and is currently housed in the state-of-the-art €3.5m purpose built studios.

The orchestra is funded by the Arts Council and regarded as one of the country’s finest cultural ambassadors, priding itself on its diverse approach to music.

The orchestra continues to play an important role in the field of music education both locally and further afield.

The successful Sing Out with Strings initiative, which has been operating for a number of years, engages with over 300 children from some of the city’s regeneration communities.

This important work has attracted local and national attention and recognition as an excellent model of instrumental music provision with primary schools.

Elsewhere the orchestra is also intrinsically linked to the University of Limerick’s cultural academic programme.

Recently the ICO stepped up its involvement with UL’s MA in Classical String Performance.

This month will see the ICO perform in Limerick and Dublin.

These concerts will showcase the ICO’s ongoing relationship with one of the world’s fast-rising pianists, Russian-born Igor Levit and coincide with the ICO’s debut at the prestigious Konzerthaus Vienna on March  23 and 24.

This 1,800 seater venue is regarded as one of the largest and most artistically progressive institutions in international music and is central to Vienna’s reputation as one of the world’s leading music capitals.

In 2018, Widmann and the ICO will return to Germany to perform in Leverkusen collaborating with Limerick-based aerial dance troup, Fidget Feet. They also plan to undertake a national tour in June of iconic American works.

Come and feel some kindness

IT was a pleasure to be able to attend the launch of Limerick’s Pay It Forward Kindness Festival which took place at Chez le Fab in Arthur’s Quay Park last week.

This festival aims to harness the positive momentum of carrying out acts of kindness and is now in its third year.

At a time when traumatic events instill in us a sense of world-weariness, a festival such as Pay it Forward’s Kindness Festival is something that deserves to be celebrated.

Most interestingly this festival is the first of its kind in Ireland and in many ways has happened under the radar for the first two years.

This year the festival will host seven days of goodwill across numerous locations in Limerick and will culminate with members of the Pay it Forward team joining the St Patrick’s Day celebrations on March 17.

The festival is taking place from March 11 to 17. See here for details.

City’s FDI profile is on the rise

IT was refreshing to hear the chief executive of the IDA tell a gathering of domestic and multinational business leaders that Limerick and the Mid-West region is now competing as the fastest growing region for FDI outside of Dublin.

It is clear that Limerick’s economic transformation is now enabling it to now compete with leading European regions on an international scale for inward investment.

The real sense of optimism in the city along with the positive co-operation of numerous stakeholders is allowing our region to put itself firmly on the map in terms of economic development.

It was also very welcome to hear Limerick City and County Council and Limerick Chamber announce a series of initiatives for 2017 to enhance the city’s profile as a destination for  investment.

These will include commissioning an analysis of economic data to measure Limerick’s competitiveness in an international context, creating key marketing assets to help IDA Ireland and other agencies to attract investment and the launch of a revamped Limerick.ie website.