OPINION: Bringing 'Fringe' to the centre of our attention in Limerick 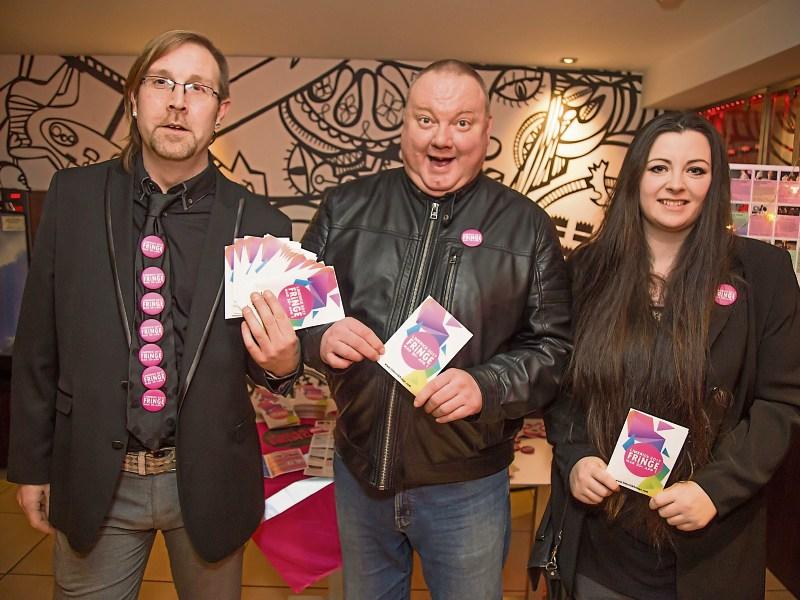 Gearoid O hAllmhurain, Simon Thompson and Rosanne Hayes at the launch of the Limerick Fringe

THE idea for Limerick Fringe came over a few coffees over the course of last year.

Simon Thompson, a well-known actor and director, had been touring with the third part of his popular Clown Noir trilogy which took him to numerous Fringe events across the UK last summer.

“When I returned to Limerick I had a think about what I had just experienced and started chatting with my partner Eva (Birdthistle). We both agreed that Limerick was perfectly placed to host a Fringe experience of a similar scale,” he tells me.

“The vibe of those Fringe events was very artist-focused. They were friendly events. You found yourself engaging with other artists, sharing experiences and skills.

“It felt like it was a community of artists coming together in a fun, accessible environment. But most importantly it was accessible to audiences,” Simon adds. 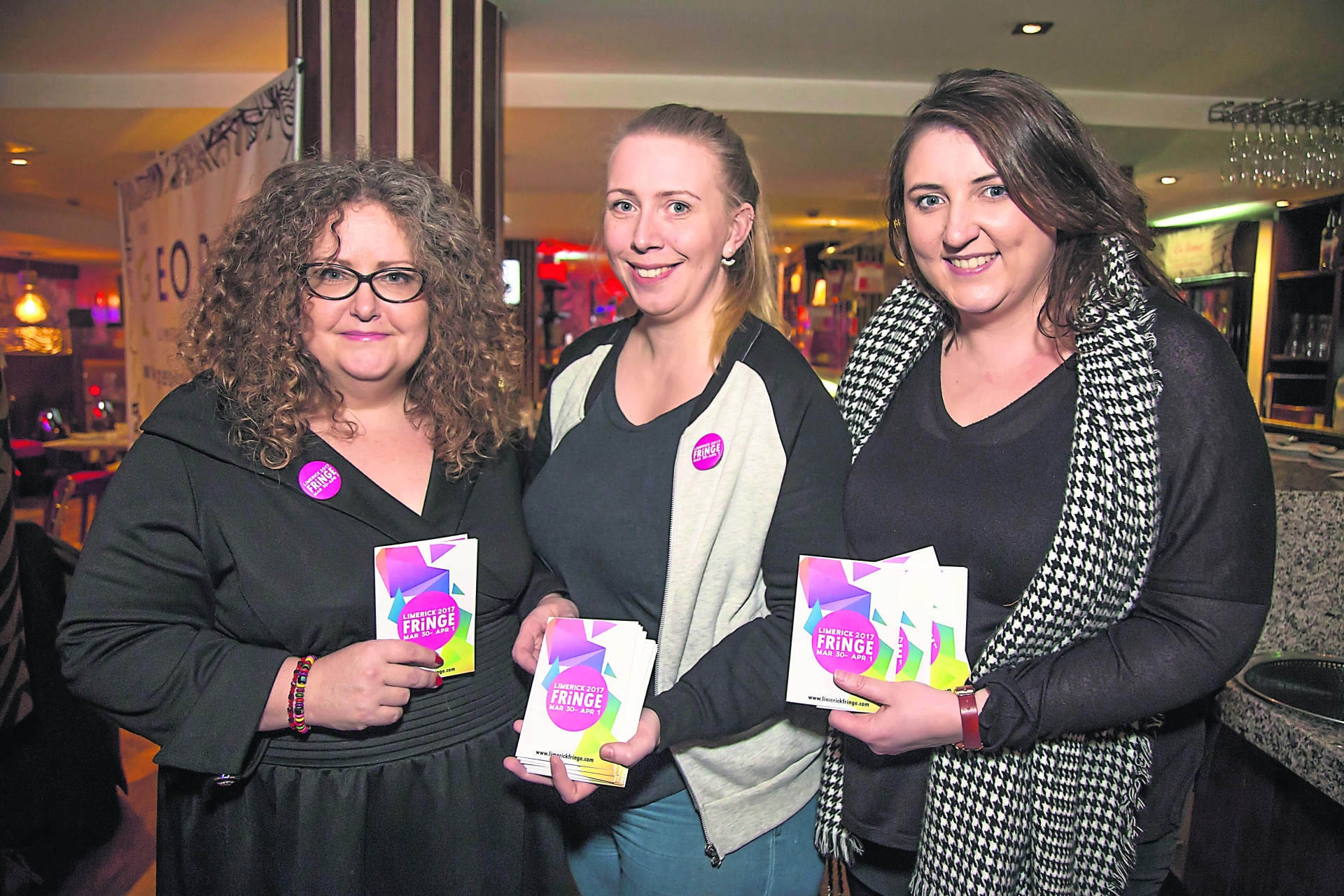 Thompson explains that, for a long time, he had mused over the audience development conundrum he noticed in Limerick, especially for non-traditional type performance.

“People are curious, but are they curious enough to spend their money? Do they want to see something non-traditional in a traditional space? These were the questions that kept going through my head,” he says.

Eva and Simon discussed it and then opened the discussion to a wider group of friends.

Those friends included the voice and dance artist, pianist, and arts/event manager Fiona Marie Booth who Simon knew for some time from UL.

The Fringe group also comprises Gearóid O’hAllmhurain (aka Rg Allen) who works as technical manager at Dance Limerick, Shane Vaughan who is well-known locally as the driver of the popular Stanzas poetry group and freelance illustrator and designer Rosanne Hayes.

Once the team was complete it didn’t take long for a decision to be made to simply roll with the idea.

In creating Limerick Fringe, the organising team didn’t try to reinvent the wheel.

“We took a model that has been proven to work – the Canadian Fringe model. This model takes open submissions after which a team then score each submission individually and from those scores comes a programme of events,” Simon notes.

Therefore, it is important to note that Limerick Fringe is not a curated festival. In fact, ‘festival’ is a term the guys are keen to avoid.

“We didn’t select anything individually,” Fiona Marie Booth is keen to stress.

“We simply took our submissions and programmed our events based on the interest we had. We were blown away by the level of interest in the event from the moment we put a call out for entries.

“The number of submissions we received far outweighed our expectations and as a result, the level of standard our audiences can expect in year one is something we are very proud of,” she adds.

The entries in this year’s event include local Limerick acts, other Irish-based performers and acts from the UK, Canada, Australia.

“In fact, almost one third of the entire event line-up is UK based, a testament to the networking opportunities offered at the UK Fringe events Simon attended last year.”

So what can Limerick audiences expect and how does it work?

And why the need to avoid the word ‘festival’?

“This is Fringe, not a festival and there is a difference. Fringe is something that happens on the outskirts of the traditional,” Simon explains.

“It is in a mix of non-traditional and different style venues. We want the artists to work with the retail community, we want them to engage with venue owners in the hope that they too will get a knock on effect from the various programmed events.”

Eva adds that Limerick Fringe is attempting to push out into the wider Limerick community.

“We want people who have never considered attending a show to give it a shot at a Fringe event,” she says.

“We are not mainstream. A lot of what you will see programmed is quirky. It is different and it is accessible. Most importantly it is cheap in the cost sense!”

The Limerick Fringe team plan to use year one as a steep learning curve and then ultimately grow year on year. The venues for the featured events will include Dolan’s Warehouse and Dolan’s Upstairs, No 1 Pery Square, the rooms of Shannon Rowing Club, upstairs at the Locke Bar and Mothers Mac’s pub. These are not your typical ‘arty’ venues.

“What we are trying to create are good audience experiences and we hope that these venues will help us to do that,” Simon notes.

“Quite often you hear of people whose perceptions of theatre or the arts of a stiff, shirt and tie-wearing brigade – our goal is to break down the barriers to entry certain prospective audiences have and to introduce them to a new world that will hopefully create a new hobby that can last a lifetime.”

Limerick Fringe will take place across a number of locations in Limerick from March 30 until April 1. See here for more details.