Opinion: Limerick city could clean up if it emulates UL masterplan 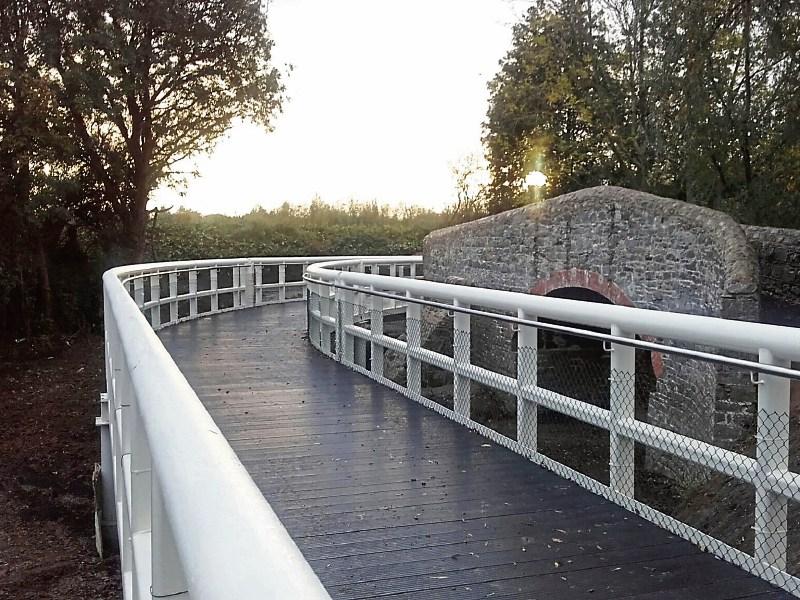 GETTING a dog a year ago was a revelation on so many levels. Not only have I received unconditional love on a daily basis without the slightest hint of nagging, I have also got myself into a routine where our walks are sacrosanct.

Together we have discovered more of Limerick than I could have imagined.

New Year resolutions aside, I decided over Christmas to investigate new routes on our doorstep. We walked the trail from Limerick city to Clonlara.

We explored more of the city to UL route continuing on to Annacotty. There we came across the actual Troy Castle, an impressive ruin, albeit slightly overgrown, resting eerily on the banks of the Mulcair River.

The most heartening thing I took from our festive winter walks over the past week was the fact that so many of our citizens, young and old, are making the most of these facilities. The secret is out.

Meeting various people along our riverside walks the consensus was that our city is looking stunning. Many of those commenting were the Limerick ex-pats returning home for the Christmas period.

Chatting to them forced me to view aspects of the all-too-familiar Limerick in a new light. They comment on the urban feel. They use words like trendy, confident and friendly. They envy those of us who are lucky to have found employment at home.

Unfortunately, that bubble was slightly burst this week with IBAL’s report on Limerick giving us the tag of ‘moderately littered’.

This is despite national and international acclaim for the Team Limerick Clean-up initiative.

I have my reservations about IBAL. They seem to arrive like litter phantoms, swooping over our city unbeknown to us and finally damning us with their judgement from the garbage gods.

“Moderately littered”, they decree before heading into the winter sunset and leaving us to wallow in our perceived dirt until their next visit.

We must take what they say on board, however. We wouldn’t want to become too complacent.

In some way IBAL is a reminder of the fact that Limerick now has a plan for its future. This plan must be considered carefully and implemented in a way that doesn’t make us regret our actions in 50 years’ time.

The common denominator for most of my walks over the past week was the University of Limerick campus. I decided one morning to focus an entire stroll across this vast campus.

We strolled from Limerick to Clare across the Living Bridge. We took in architectural award-winning new builds.

We marvelled at the clever sustainable design of student accommodation. Simply put we couldn’t but give credit to the Plassey Campus management team for what they have achieved over the years.

The UL campus doesn’t need IBAL reports to prove its cleanliness. It is clear there is a seamless management plan in place at UL. I defy you to find a problem area for rubbish – on a campus frequented by a student population with a reputation for post-teen messiness.

This is a riverside campus that is accessible. It feels safe. It takes the beautiful natural features it boasts and incorporates them flawlessly into the overall masterplan design.

Ok – one might argue that the initial design of what was once NIHE may not be the most elegant but it is hard to criticise what has been developed ever since.

Limerick city is now at a stage comparable to what NIHE was in the late 1970s. It is at a stage where we are ‘masterplanning’ our future.

It seems to me that the secret to UL’s success has been their ability to get buy-in from all its campus stakeholders.

From landscape gardeners to architects, successful alumni to current student population, the UL campus mission is clearly based on a pride of place and a willingness to be bold and visionary when it come to their architectural environment and their public realm.

Investment has flowed as a result.

This successful delivery of such a mission has resulted in the creation of a campus that one can only have pride in.

I am not going to suggest the running of a university campus can be comparable to the local authority’s management of our urban centre.

However, I would suggest that if all major stakeholders bought into a plan that was bold, imaginative and visionary Limerick could be well-placed to become one of the most successful urban centres in Ireland in terms of masterplanning, quality public realm and incorporation of our natural assets.

The IBAL report this week was a reminder that Limerick is in no way perfect.

What we might take from the report is a simple lesson – by creating an urban environment that makes each and every citizen proud results in a domino effect where reduction of litter and a clean, crisp environment naturally happens.

A more creative approach to our city’s urban landscape must become second nature. All of us, from local authority departments to local councillors to private business and to every individual must buy in to a new ambitious Limerick of the future.

Perhaps using the University of Limerick campus development case study might be a good place to start?