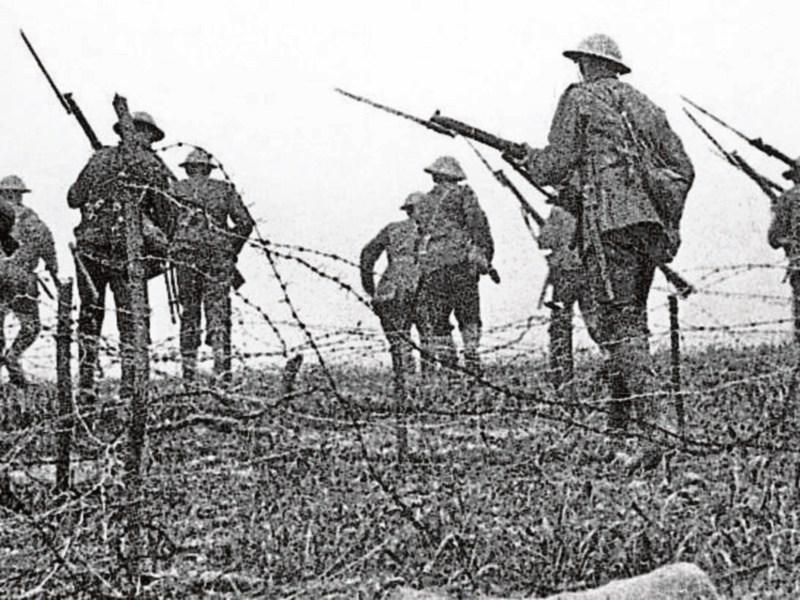 THE Easter Rising and The Battle of the Somme are to be revisited next week at a symposium organised by University of Limerick's Department of History and Limerick Museum and Archives.

In the Name of Future Generations: Approaches to the Meaning of 1916 in 2016 will see speakers from academia, politics and journalism examine the changing interpretation of the two seminal events of 1916 in Irish and British history.

“This public history event offers an opportunity for scholars and the general public to re-examine our historical consciousness with regard to the events of 1916 and how they might be redefined, reimagined and reinterpreted," explained Dr Vincent O’Connell of UL's Department of History.

“The genesis for this event was a realisation within the history department of the need to take advantage of the opportunity presented to us in this centenary year of 1916; a year in which we commemorate both the 1916 Rising and the Battle of the Somme.

“While we can certainly point to the divisions that existed between the Unionist and Nationalist perceptions of these events in our history, we should also keep in mind that so many Irishmen from both political traditions on this island shared similar ideals for which they gave their lives; the ideal of a better future for their families and their community, the ideal of peace and stability, the ideal of a more just society," Dr O’Connell continued.

The speakers at the event include Lieutenant Colonel Kingsley Donaldson, director of Causeway Institute for Peace-building and Conflict Resolution International, and brother of unionist politician Jeffrey Donaldson, and Sinn Féin MP Francie Molloy.

“We, in Northern Ireland are very dominated by the past. We have a heightened sense of the importance and urgency of history: our version of history; our narrative, emboldening our heroes and hiding our blemishes. We can help the healing by being a little more generous to each other in terms of acknowledging our sense of identities, making them less exclusive,” Mr Donaldson stated.

Mr  Molloy said he believes that as the 1916 centenary celebrations draw to a close, now is the time “more than ever, to cherish all of the children of the nation”.

“Since the signing of the Belfast Agreement/Good Friday Agreement in 1998 the two longstanding communities on this island who have both experienced tremendous tragedy, sorrow and loss decided to embark on a journey of discovery, a journey that has seen many challenges placed in its path, but one that has also delivered tangible dividends to communities North and South of the border,” Dr O’Connell stated, highlighting the visit of Queen Elizabeth II.

The symposium is free to attend and takes place in St Mary’s Cathedral, on Saturday, November 5 at 2pm.

There will be a musical introduction from the Irish World Academy of Music and Dance at the event.

Two second-level students, one from the Belfast Model School for Girls and one from Coláiste Íde agus Iosef, Abbeyfeale will recite a text from Seamus Heaney on the theme of reconciliation through history.

A fascinating view of the 1916 Easter Rising seen through the eyes of nine to 12-year-old children from Limerick is the subject of a new book which was launched last week.

The book - 1916 through the eyes of Limerick Schoolchildren  -  is a compilation of wonderful poems, pictures, and diary entries created by the children following their visit to a photographic exhibition on the 1916 Easter Rising organised by Watch House Cross Library.

On concluding the tour, the children were encouraged to reflect on what they had seen and heard, and to write a poem or diary entry, or draw a picture, inspired by one of the images.

This book is a collection of their work, capturing their responses to the photographs that they viewed and their impressions of the stories behind them.

The Local Enterprise Office (LEO) Limerick was amongst 31 LEOs in local authorities all over the country which participated in inspiring National Women’s Enterprise Day gatherings which saw more than 800  female entrepreneurs share their ‘road to success’ at nationwide events.

Guest speakers revealed  their business success secrets, and gave   motivational presentations on how women can make it in the business world.

They are trying to encourage even more local businesswomen to access enterprise supports available to them in 2016.