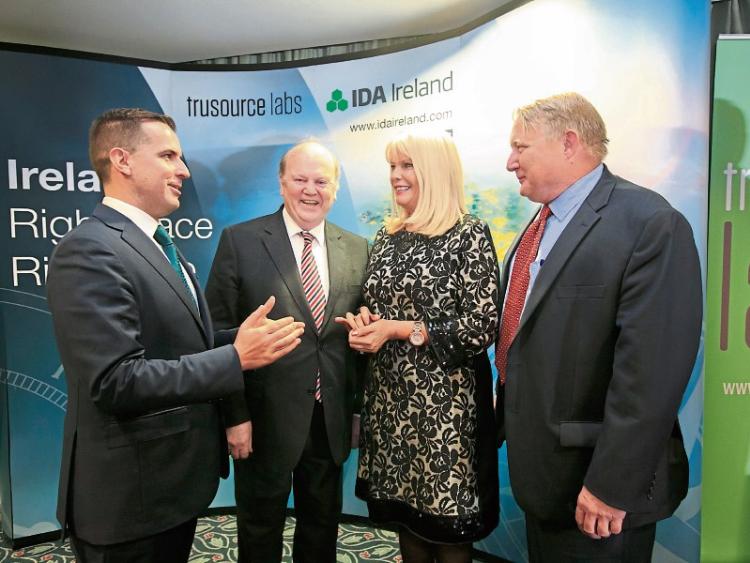 YET another Monday morning started with good news this week with the announcement that Trusource Labs, a Technical Support Services organisation with head offices in Austin Texas, had chosen Limerick as the location for a new International Operations Centre.

The news comes just a week after the Casa Systems announcement and two weeks after WP Engine also announced plans to locate to Limerick city centre. Fazzi has also announced its intent to setup in the city in recent weeks.

Trusource Labs is committed to the creation of over 130 jobs in Limerick over a three-year period. The company’s intention to base themselves in the city centre is a welcome boost to the local economy.

The arrival of Trusource, WP Engine, Fazzi Healthcare and Casa Systems brings the total number of jobs announced for Limerick over recent weeks to 700.

A total of 2,400 jobs in just two years. This figure doesn’t include the new restaurant, bars or retail stores that have popped up in recent times.

It also doesn’t include other important job developments in our county towns.

What is most interesting in the aforementioned list is the diversity of industry Limerick is now attracting.

From IT to pharmaceutical, transport to financial services, Limerick is clearly attracting a diverse variety of often young ambitious new companies who are identifying the quality of our graduates, our quality of life and our global connectivity as prime reasons for investing.

Trusource Labs is headquartered in Austin, Texas. The privately held company services technology companies that specialise in the Internet of Things and providing support for companies that use Apple devices.

Speaking in Limerick this Monday, the company’s co-founder Alton Martin cited the similarity of Limerick to Austin in terms of lifestyle and overall atmosphere.

Locally we have been critical of slow development of quality office accommodation being created over recent years. However great credit is due to the local authority and the IDA both of whom have gone to great lengths to secure the consistent job creation announcements seen in recent months.

As we now move into a new phase where development projects are set to move, and move at pace, we can be confident that, not only is Limerick now seen as a bankable investment location by global companies, but the plans for our city reflect this confidence now being placed in our city and county.

As Trusource Labs settles into its new home on Henry Street, it will join the likes of Glass Lewis and Holmes O’Malley Sexton. Workers will be greeted by new resaurants and bars like La Cucina and House.

They will have quality hotels like the Savoy on their doorstep. Their staff can enjoy lunchtime strolls on our ever evolving riverfront.

They will overlook key parts of Limerick future development such as the International Gardens and Cleeves across the river.

However most of all I hope they enjoy the Limerick welcome for which we are becoming so well known.

I wish the Trusource team all the very best as the commence their Limerick journey. I trust the part they play in Limerick’s future will be no small one.

St Mary’s School in Corbally (Ardscoil Mhuire) this week became the first school in Limerick to receive the Kindness Flag.

At an event at the school members of the Irish Army unfolded the flag and assisted students from St Mary’s School with the flag raising ceremony.

St Mary’s piloted the programme in 2015 / 2016. Scoil Ide, St Munchin’s and LIT are in the process of applying for their Kindness Flag.  The flag is awarded by Pay It Forward Limerick, a community-based,  charitable, non-profit organisation working to promote the city as one  of kindness through policy, education and community initiatives.

“With this Kindness Flag initiative we are helping students appreciate the value of kindness and the profound positive impact acts of kindness can have on a the receiver and the giver. We hope that the year-long campaign required to attain the Flag will instil this ethos in them for life.”

Delighted to hear the news that  Scandinavian Airlines (SAS) is to launch a new service from Shannon to Stockholm in Sweden.

The new service will operate twice a week on Tuesdays and Saturdays from August 1 until October 7, 2017.

Welcoming the announcement Matthew Thomas, CEO, Shannon Group said: “This new service will not only have a positive impact for inbound tourism for the West of Ireland, but will also provide valuable business connectivity as people using the service will be able to connect at the SAS hub at Stockholm Arlanda Airport for flights to over 22 destinations.”

The news is another first for Shannon and a great boost for the region by one of the world’s major airlines.