THE recent completion of the new public plaza in front of Colbert Station is a refreshing addition to Limerick’s public realm and a major step forward in how we present our city to visitors.

If I have one criticism it would be that the new concrete plaza is devoid of greenery or other elements that create a sense of place.

A recent debate highlighted the fact that a statue of Patrick Sarsfield is currently relatively hidden in the grounds of St John’s Cathedral with calls for the statue to be given a new home.

Might I suggest that now would be a good time to relocate the same statue to the newly sculpted plaza at the station?

After all, Sarsfield is an iconic name synonymous with Limerick. Having his presence at the entry point to the city might just give a sense of our history to those who arrive in our city for the first time.

On a similar note it was with interest that I read of the plans to bring the derelict Hyde Road social housing units back to life.

According to the plans what we will be created are 20 new social housing units with councillors praising the fact that the site will provide ‘high quality housing, close to all public amenities and the city centre’.

Let’s take a step back for a moment. For the past eight years this site has sat idle in a dreadful state of disrepair. Why the development was allowed to get to such a state in the first place instance must be questioned.

What we must also question is whether the rebirth of this social housing development is a such a good idea. The fact is we will only create 20 new units - hardly a major urban development project.

Just up the road in the former Tait’s Clothing factory site a major project is underway to convert the site with the creation of 83 social housing units.

Now, imagine we were to take the 20 units being provided on the Hyde Road site and incorporate them into the Tait’s project. Could we then have a scenario where the Hyde Road development might take on a whole new concept?

The Colbert Station project is aimed at giving a new impression to those who arrive in our city. I would argue the Hyde Road site could have been better used to further our new vision for this key entry point.

Perhaps we need to stand back and chance being a bit more creative, a bit more visionary and bit more brave when it comes to planning our future.

The coming to the market of the former Railway Hotel provides an opportunity to potential investors to create something along the lines of the popular Generator hostel in Dublin.

I hope that any new owner will recognise the huge opportunity we have to inject a new lease of life into the Parnell Street area of the city.

I fear the Hyde Road social housing units are an example of us taking the easy option, the vote-winning option and the option that will ultimately lead us to regret in the future.

Back to reflect on good work?

The presence in the city this week of TV3’s Donal McIntyre caused quite a stir on social media.

Photos emerged of the journalist, hardly Limerick’s greatest fan, being filmed at various sites around the city.

I have no doubt that McIntyre is up to no good.

He is probably delving into aspects of our social history that thankfully are now in the past. 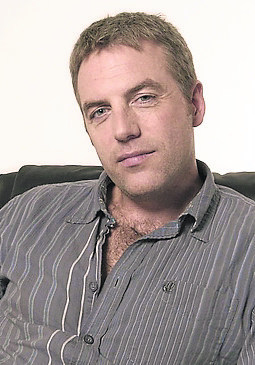 Or maybe I am wrong. Maybe Donal is on a mission to reflect on all that has been done right to rid our city of the problems that caused such misery, problems that are now unfortunately all too common in our capital city.

Before we get overly sensitive we must wait and see what Donal’s latest journalistic offering will be.

Even if it does turn out to be negative let’s not overreact.

Let us take a deep breath and be thankful for a peaceful city.

Tickets are selling fast at the Lime Tree Theatre for the upcoming Evening with Michael Parkinson on September 30.

The show will celebrate the life and career of a man who in over 50 years in the business, has interviewed over 2000 of the most important cultural figures of the 20th and 21st centuries and won awards for journalism, radio and television broadcasting. 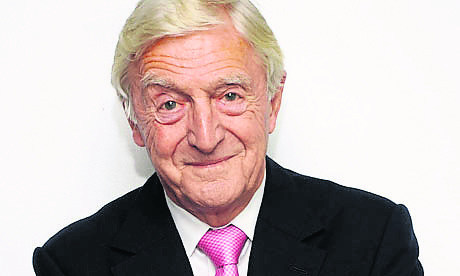 In conversation with his son Mike and showing highlights from the Parkinson archive, An Evening with Sir Michael Parkinson is a unique opportunity to get an intimate, entertaining and informative look at his remarkable journey from a pit village in Yorkshire to the top of those famous stairs whilst reliving the best moments from a show that for many defined their Saturday night.

Tickets for the show are available via the Lime Tree Theatre Box office or by purchasing online here.