Narrative can change for Limerick city through its stories 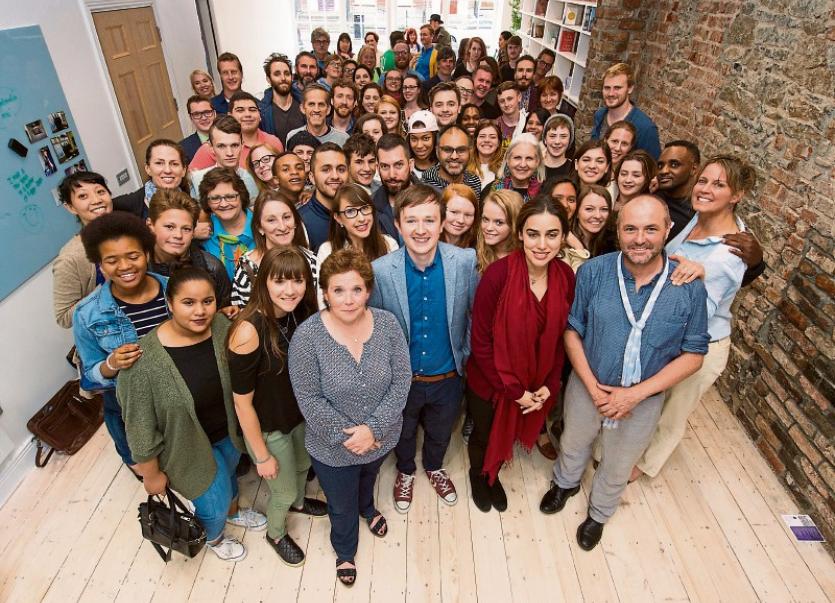 THE official opening of Narrative 4's Global HQ in Limerick city centre recently was a joyous event for a number of reasons.

Not only was our city blessed with the presence of internationally renowned authors such as Colm McCann, Terry Tempest Williams, Ruth Gilligan and many others, we were celebrating the new home of a young charity with endless possibilities.

The Limerick event was the culmination of Narrative 4’s Global summit which took place in Belfast, Dublin and Limerick over the course a weekend. The summit was made up of almost 70 participants from around the world including writers, poets, facilitators, activists and young people.

Narrative 4 is very special. It has a deep focus on promoting global empathy through storytelling.

The organisation is a few years old and is now in a position to spread its message and mission on a global scale.

This fact that Narrative 4 has chosen to base its first global headquarters in the heart of Limerick city is a perfect example of how a cultural institution really can make a difference.

Over the past three months a tired and somewhat forgotten Georgian building in our city has been transformed into a cultural oasis.

To put the importance of Narrative 4’s Limerick presence in perspective you only have to look at those who are behind the initiative on a global scale. Senator George Mitchell and Monica McWilliams played a major role in the Belfast section of last weekend’s summit.

The Department of Foreign Affairs hosted our visitors on Saturday. Behind the scenes many key figures are playing an important role in the development of the charity.

However, these key people are only the facilitators. The real heroes are and will be the many thousands of participants that will take part in the Narrative 4 story exchanges around the world in the years to come.

The concept of sharing stories to allow a mirror into shared human experience is quite profound.

New York City witnessed a period when huge parts of the run-down city were transformed through the invasion of culture into empty spaces. What has happened quietly in Limerick city over recent weeks is a great example of something similar.

Colum McCann wrote: “The whole idea behind Narrative 4 is that the one true democracy we have is storytelling. It goes across borders, boundaries, genders, wealth, race – everyone has a story to tell.”

The arrival of Narrative 4 to Limerick came at the same time as lines of poetry started appearing on random spaces across our city. Through culture Limerick has now learnt how to tell its story.

The Narrative 4 building on O’Connell St presents us with a huge opportunity to maximise the use of this space, to embrace the idea of empathy and to be regarded as a city that breaks down barriers through listening to, and sharing our stories.

The recent re-opening of the Belltable venue in the city was welcomed with open arms by audiences and arts practitioners. It is super to see the announcement this week that the Arts Council are now supporting the new Belltable: Connect theatre development scheme.

Belltable:Connect is a capacity building programme  to support theatre artists living and working in the Mid-West.  This exciting opportunity will engage, stimulate and motivate theatre practitioners in developing their skills. There are multiple programmes planned under this initiative and two events are already available under this scheme.

These include a mentoring programme for playwrights and directors which will run from autumn 2016 with Fishamble: The New Play Company.

A one-day intensive workshop entitled How to Apply for a Theatre Project Award will also be hosted by the Belltable and will take place on Friday July 15.

Let's give our lanes a little love

I spent a few hours on Saturday sitting with a coffee and the paper outside Stormy Teacup which is located just off Foxes Bow.

Great credit is due to the businesses in this part of the city for maintaining and sprucing up the lane.

Recently I have spent some time getting to know the various inner city lanes that have become somewhat forgotten. Across the city you will come across examples of small lanes that have been revitalised using simple but effective approaches.

The likes of Tom Collins’ pub, Mickey Martins and Stormy Teacup are all businesses located on these lanes, that have invested in their upkeep and managed to re-energise these parts of the city.

From Wolfe Tone St right down to the Milk Market on either side of O’Connell St you find examples of these lanes that once played a key role in the city. With some clever planning we could revitalise all of these lanes.

How interesting would it be to transform a part of the city that is currently treated as a no-go into a living community? The possibilities are endless if we do it right.