Creative charity project something to shout about 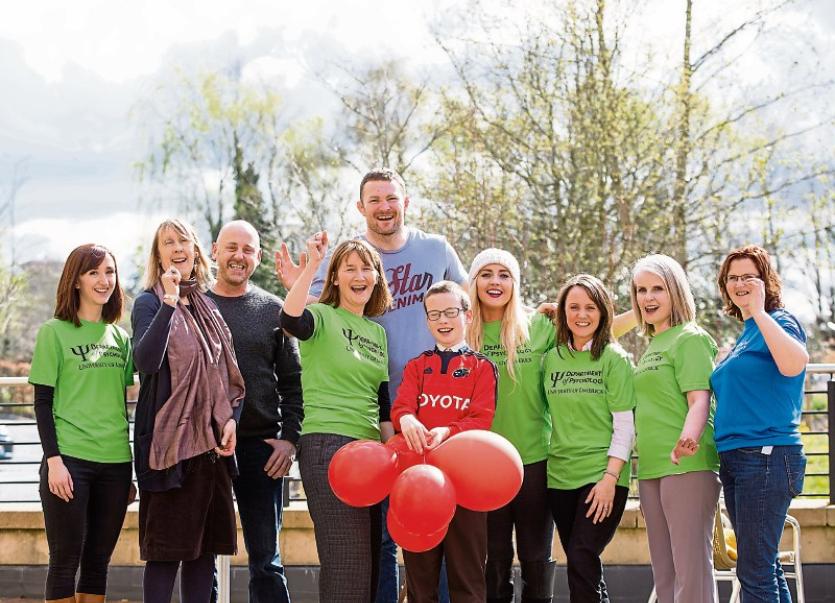 IT was a pleasure to play a part in the recent Gladrags for Earthbags event at the Strand Hotel.

Organised by Prof Orla Muldoon from the University of Limerick, the event was a fundraiser to rebuild a school in Nepal which was devastated by earthquakes last year.

Every day we are bombarded with requests to donate to various charities. In many cases it is difficult to actually see the tangible results of where your money goes.

Last year I came across a very understated project where students and staff from the School of Architecture at UL came up with a novel and effective way of helping Syrian refugees who found themselves stranded in the port of Calais.

Using 3D printing techniques, they designed and fabricated flatpack shelters that were manufactured in Limerick and then shipped to Calais.

To date these simple but effective pieces of design have made a huge impact on many of the Syrian people based in Calais.

I believe a number of babies have been born on these structures over the past few months.

This is a great example of how people can use their skillsets cleverly to make a real impact to on those who need them most.

Orla Muldoon’s project is another example of such.

It was during a research trip to Nepal last December that Orla and her team witnessed the devastation of the Jana Jigriti School in Sangachwok. This three-story school had existed on the site and was condemned and subsequently demolished as a consequence of the devastating earthquake.

The school serves children from age three upwards and also acts as a secondary school and a site for vocational training for older adolescents.

All of the school’s business is currently being undertaken in temporary shelters that are open to the elements.

Orla set a fundraising target of €20,000 and developed plans to rebuild the school using Earthbags, a strong and flexible material which if constructed properly will last for up to 50 years. This simple but effective solution will allow the redevelopment of the school whilst also providing an earthquake-proof design.

Over the past number of months Orla and her team have worked with the school board of management as well as the First Step Himalaya charity to develop a specification and associated costing for rebuilding the school.

Orla  decided to start fundraising only six weeks ago and I am delighted to say that as of last Friday the team successfully raised the full €20,000 needed to complete the project.

Construction can now take place to rebuild the school, providing two classroom blocks, a dining area and a bathroom.

At the Strand Hotel last Friday, a member of the Nepalese community in Limerick spoke to the guests and passionately highlighted just how much the work of Orla Muldoon and her team meant to the people of Nepal.

Great credit is due to everybody who have successfully raised the necessary funds. This simple project is an example of how charity fundraising can use creativity, knowledge and education to make a very real impact on those less fortunate than us.

Plotting a smarter future for city

‘Smart cities’ is the latest concept when it comes to building the cities of the future. Smart cities are expected to be the key to combining a sustainable future with continued economic growth and job creation.

Close to four  billion of the world’s current population of seven billion live in urban areas. This  is expected to increase to six billion people by 2050.

The global trend of urbanisation and population growth, which puts ever increasing pressure on the world’s cities, is not likely to stop. As the cities continue to grow, so too will the focus on smart and sustainable solutions within them.

Yesterday the IBM Smarter Cities Challenge was launched in Limerick. We are one of only 16 cities in the world to receive this prestigious award. Over the next three weeks five senior IBM team members will consult and engage with stakeholders in Limerick and develop a road map for how Limerick can use technology to help our ageing population.

The 17 winners in the programme have been selected from a pool of more than 100 cities around the world that applied for a grant of consulting services from IBM. The consulting engagement in Limerick has an estimated  value of €447,000.