Impact of City of Culture felt in Limerick studio deal 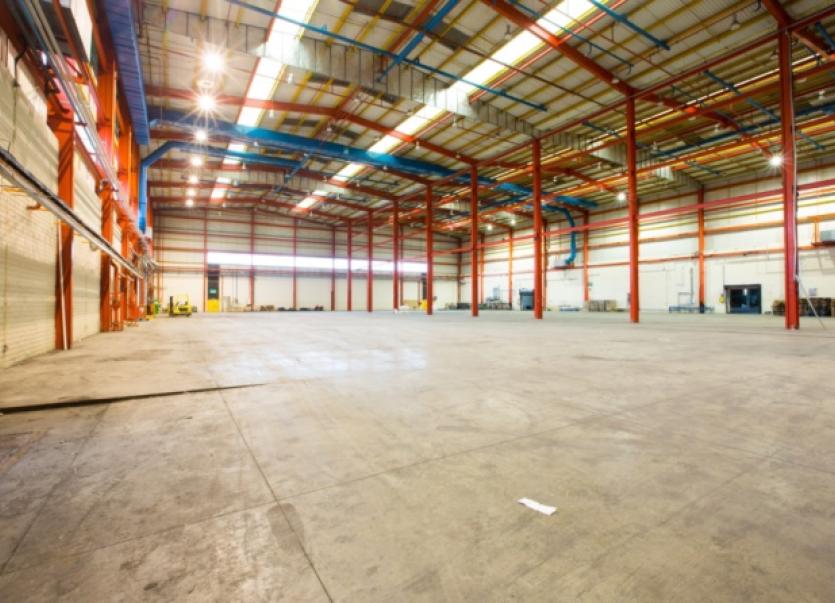 The high bay area of the former Dell building in Castletroy, now leased by the council to Troy Studios for the purposes of developing a 'fully-fledged leading studio facility'

THE legacy of Limerick’s stint as National City of Culture continues to be felt, particularly in the development of a new film and television studio to be located in the city.

The disused building that Troy Studios will be based in was once home to Dell and Wang and was identified during 2014 as having huge potential.

At 350,000 square feet - 70,000 sq ft of which sits in an area with 30m high ceilings - it is almost unique in the country as being absolutely perfect for the construction of sound studios capable of hosting film and television production.

To put this in some perspective, Ireland previously had 111,000 sq ft of industry standard studio space in total - 40,000 sq ft of which exists in Ardmore Studios in Bray. Troy will almost double this amount.

Ardmore CEO Siún Ní Raghallaigh, who, along with joint owner of the studio Ossie Kilkenny and producer John Kelleher, set up Troy Studios and have signed a long-term lease with the council for the former Dell factory to establish a “fully-fledged leading studio facility to cater for film and TV productions”, had said that an additional 100,000 sq ft at least was “urgently required” to meet demand in this country.

A lot of factors coalesced for the deal to happen: generous tax breaks implemented by Government, which attracted interest from abroad; a building that was deemed ideal for film and tv production, boasting - crucially - high ceilings that allow room for cameras to manoeuvre that was also not located under a flight path and was near a motorway, but not beside, causing minimal noise disruption; and finally, the Council, through Innovate Limerick, having the resources to purchase the building - at a price of €6m - and then seek out the expertise of Ardmore to run it.

The founders of Troy Studios identified the need for new space and have the pedigree to attract work, the first production of which will roll early next year, while international studios are also known to be interested in potentially leasing space in the building, a significant portion of which will also be given over to “a media cluster of companies providing services to support film and TV production on site”.

The Troy Studios trio are said to be “very excited” about the project and the “superb site” they have signed a lease on.

“The fact that it was easily convertible was crucial; the ceiling heights were an added advantage and the fact that it can be renovated, rather than created from scratch, was central to the deal,” said a source.

Finance minister Michael Noonan discussed the development of the project with this newspaper after it was announced last week.

“Two years ago we changed the tax incentives for shooting films in Ireland and that has attracted a lot of attention. But when the film producers came in from America, they couldn’t get a studio of sufficient size, with sufficiently high ceilings.

“They looked at Ardmore but it was limited, so even though the changes in the tax excited huge interest, we didn’t actually have the infrastructure on the ground.

“But, due to the City of Culture, there was a big show put on in the Wang building and suddenly people realised that it had the sufficient magnitude, but more importantly the very high ceilings were there.

“Ardmore’s (through Troy) involvement is very important but there are others there too. It (the building) needs planning permission for a change of use, and some sound proofing and other interior modifications, but nothing huge. They should be ready to shoot the first movie, which they have contracted, in early 2016.”

Mr Noonan also pointed to the impact the development could have on the creative industry in Limerick.

“It will start with a lot of creative people coming in from Dublin, but as it beds down, as one film follows another, you are going to get a huge development of creativity in the Limerick area, both technical people and creative people, who will either be home grown or will come in and settle here,” he said.

“I think it is going to be a major development. It is also the kind of thing that brands a city - if you are a location for film, again you develop that cultural brand and being an interesting place to live, work, which will kick on from that. There are a lot of good things happening.”

Cllr James Collins, a board member with Innovate, who helped to negotiate the deal, said it was “fantastic news, a good news story for Limerick.

“This is a very positive development, and I look forward to the next phases of it. There will be significant employment of local tradesmen during the construction and production staff at the end. It is a very welcome development,” he added.

The film is loaded and producers are salivating at the prospect. It’s time for action.