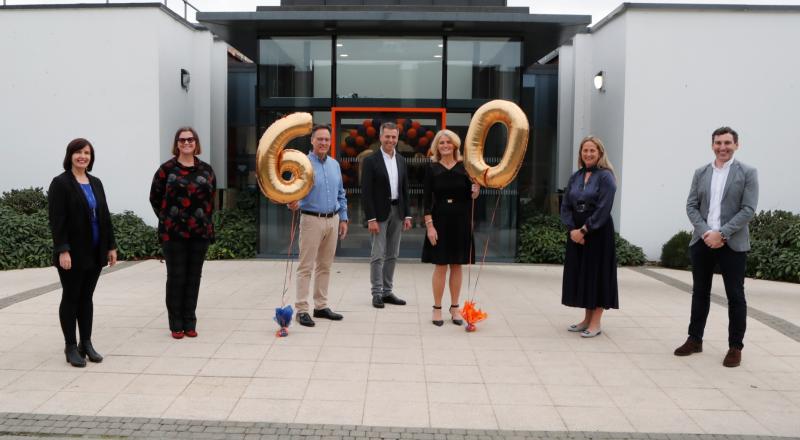 ELEMENT Six, a world leader in synthetic diamond super-materials and part of the De Beers Group, is marking 60 years of operations in Shannon, Ireland.

Since 2017, the company has invested €16m on the Shannon site and has created 100 jobs in the area, bringing the total number of people employed to over 500.

Over the next three years Element Six Limited will embark on further significant infrastructure programmes aimed at paving the way for the site’s future and improving the overall operational efficiency at its Shannon facility.

Commenting on the company's milestone anniversary, Tánaiste and Minister for Enterprise, Trade and Employment, Leo Varadkar said: “I’d like to congratulate the entire team at Element Six on reaching their diamond anniversary. It’s an incredible milestone and I know the company is proud of its long history in Shannon, employing over 500 people. Thank you for your continued commitment to Ireland and all the best for the next 60 years.”

Walter Hühn, CEO at Element Six, added: "We are thrilled to celebrate this significant milestone – a diamond anniversary, fittingly – with our local and global teams. This is an opportunity to remember the past we built our foundations upon, but also – crucially - to remain focussed on the road yet to come, our journey into a modern future where sustainability and digital transformation will not be finite projects to complete, but rather states of perpetual agility, enabling us to dynamically adapt to new market trends and customers' needs."

IDA Ireland’s Executive Director, Mary Buckley has congratulated Element Six on reaching its 60th anniversary. “I am delighted to congratulate Element Six on celebrating their 60th Anniversary here in Shannon. Their commitment to the Mid-West Region has been unwavering and is testament to their excellent team, who have greatly contributed to this significant milestone. I’d like to thank Mr. Walter Hühn and Element Six for their commitment to the Mid-West Region and I wish their teams continued success in Shannon.”