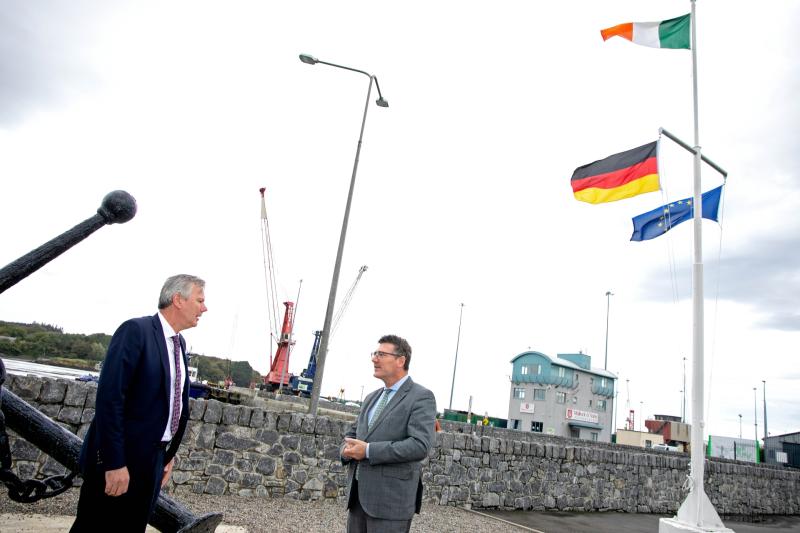 THE Shannon Estuary’s future as a leading international renewable energy hub has been given significant endorsement by one of Europe’s most influential green hydrogen figures.

Dr. Stefan Kaufmann, Germany’s Innovation Commissioner for Green Hydrogen and Bundestag member, visited Foynes at the weekend and was impressed by the vision and the estuary’s potential as a key driver in Europe’s transition away from environmentally harmful fossil fuels to green hydrogen.

The west Limerick port and village is earmarked as the epicentre for the development of international scale floating offshore wind technology on the west coast and associated hydrogen production.

Green hydrogen is set to become a major driver for a decarbonised future, replacing natural gas, diesel and gasoline used in ships, trucks, buses, and cars, as well as a large scale industrial power source and potentially district heating systems.

The Shannon Estuary and its accessibility to the potential 75GW Atlantic wind resource is uniquely placed to facilitate the vast environmental and economic opportunity from harnessing the west coast’s almost unrivalled wind capacity through floating offshore wind installations and, in turn, using the energy generated to create green hydrogen.

During his visit, Dr Kaufmann and his officials met with the chief executive of Shannon Foynes Port, Pat Keating, to discuss opportunities for cooperation and collaboration in order to advance Ireland’s and Germany’s mutual ambitions in this regard.

“Germany is on a trajectory to become a hydrogen republic. We aim to be the global leader in green hydrogen technologies. Green hydrogen comes from renewable resources and while we don’t have the wind energy potential of other regions, not least here on the west coast of Ireland, we do have the know-how for establishing sustainable, secure and efficient energy systems of the future," said Dr Kaufmann who added that he travelled to Foynes to get a deeper understanding of the potential that exists.

"The opportunity is undeniable because of the wind power available off the coast, the deep estuary waters which are essential for development activity, the available land bank and the port authority’s ambition and strategic approach. There is an incredible opportunity here," he stated. 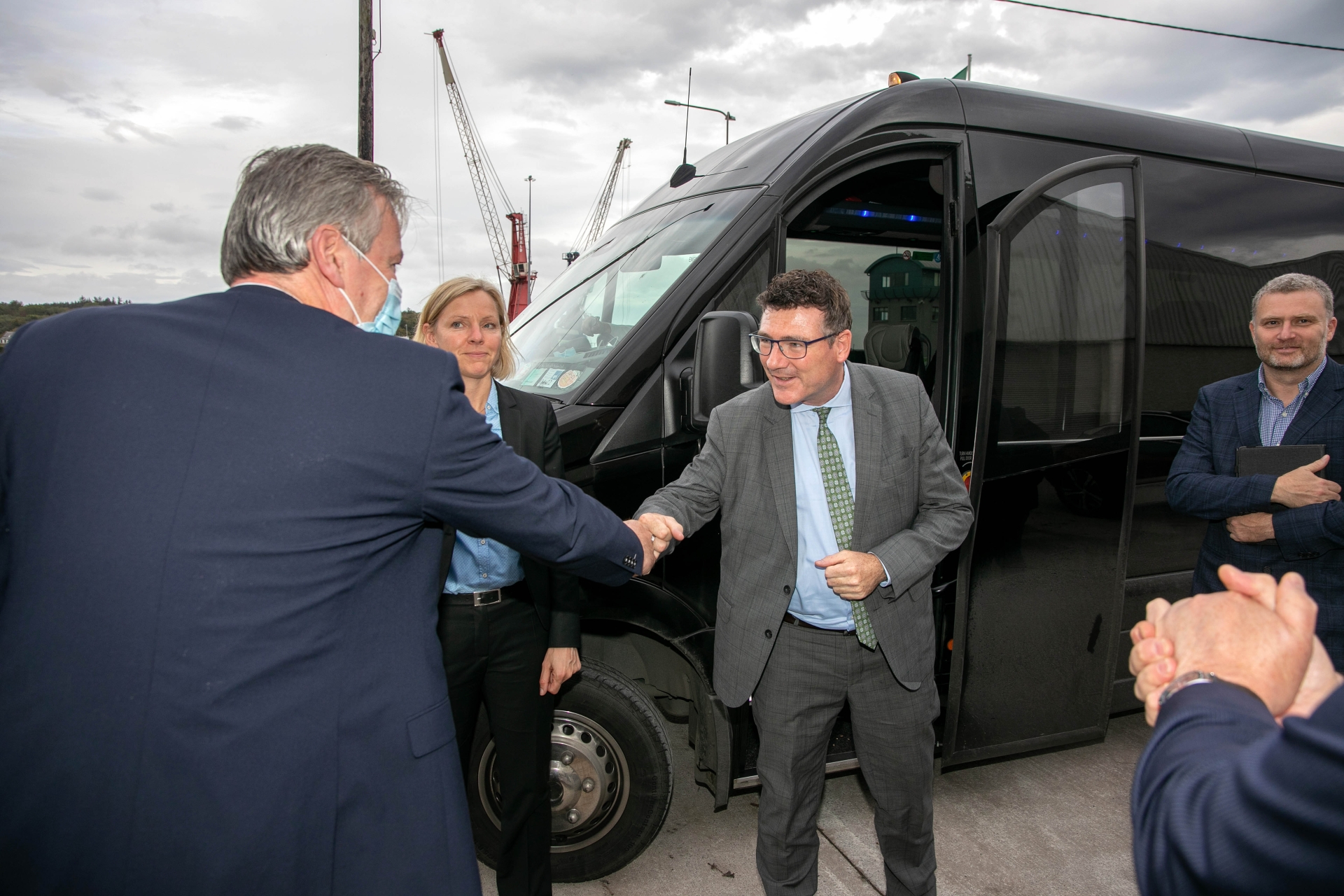 Commenting following the meeting, Pat Keating, CEO of Shannon Foynes Port said: “Green hydrogen can play a central role in tackling the emerging climate crisis. Germany has huge ambition when it comes to hydrogen and a strategy to go with it. It is a global leader also in relation to transporting gases, so we have a huge amount to learn from it. Given its focus on becoming a hydrogen powered economy, but also that it does not have the capacity to produce the required quantities of hydrogen itself, there is a huge opportunity for us to export our energy there also.”

Mr Keating added that he hopes the visit of Dr Kaufmann can be the start of a very positive relationship for all stakeholders.