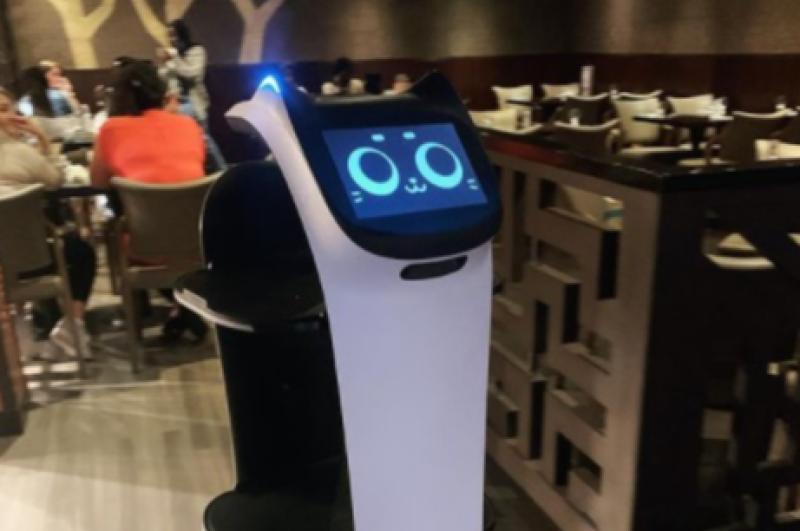 A POPULAR Limerick restaurant is embracing the future as it welcomes its first robot employee to the team, much to the amusement of staff and customers.

Bellabot or “Bella” is the newest member of the team at Jasmine Palace on O’ Connell Street in Limerick City Centre.

Now in her third week of employment, Bella is tasked with “lightening the load” of staff members, performing duties like transporting up to 30 water bottles, trays full of cutlery, buffet food and celebration items to customers on special occasions.

General Manager Jeff Tse told The Limerick Leader that a surprise visit from a friend in Synobotics Ireland led to the decision to put Bella on the books.

“Some customers were excited when they saw the walking robot. Some younger customers wanted to take photos with Bella. Some were shocked initially when they saw a robot roaming around the restaurant."

“Bella is like the new mascot of Jasmine Palace where people are now seeing her on social media, and they are expecting Bella when they arrive. Some Customers are demanding Bella bring out their birthday cake for their child's birthday,” he added.

A multimodal interaction function, including AI voice, light interaction, touch interaction and smart expressions have bemused all who have come to see so far.

Like any new member of staff, the trusty robot is currently serving a probationary period, where management will observe if she can perform the tasks at hand.

“We do not doubt that more robots like Bella could be introduced in the future. Right now, we are trying to integrate new innovative technology into our restaurants to create a better overall experience for our customers and staff,” said Jeff.

Would you like to see more robots introduced in restaurants in Limerick? Let us know.