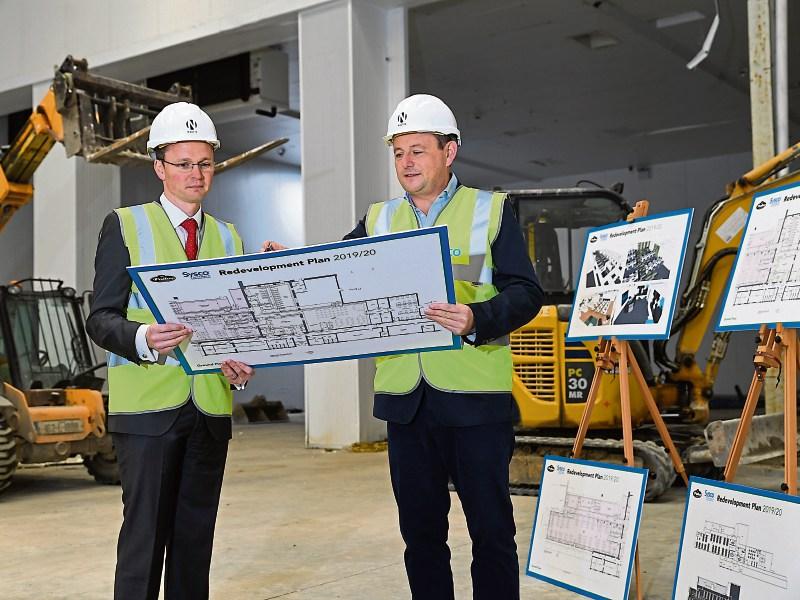 FOOD service provider Pallas Foods has announced a €2.5m investment in its facility at Newcastle West. In 2018, the company made a commitment to an investment programme at the location, which employs upwards of 300 people across a range of functions.

The development work, which gets underway this month, will involve a complete modernisation of the facility.

Alongside renovations of existing structures, a shared services centre to include a customer development kitchen and showrooms, will be created. A new gym, restaurant and training rooms will be built for the 300 people currently employed at the site. Planning permission has been granted for the development work by Limerick County Council.

“This announcement is important both to our team here in Limerick and also to the wider Pallas Foods organisation. We are ambitious for the continued growth of our business across the Island of Ireland and Newcastle West has always played an important role in that ambition. The modernisation and development of our facility here will strengthen our ability to service customers ongoing as well as providing an enhanced working environment for current and future employees,” said Peter Jackson, CEO, Pallas Foods.

Minister-of-State Patrick O’Donovan has welcomed the announcement: “I welcome this commitment by Pallas Foods and Sysco to the community of Newcastle West. Balanced regional development with businesses and jobs located outside the main cities is key to future economic growth in this country. As the local representative for the area, I believe this announcement is evident of the strong role Newcastle West will continue to play in the Pallas Foods business,” he said.

Pallas Foods which has had an operation in Newcastle West since the 1980s says it expects the works to be completed by the end of February 2020.