One to watch: Limerick firm in top recognition 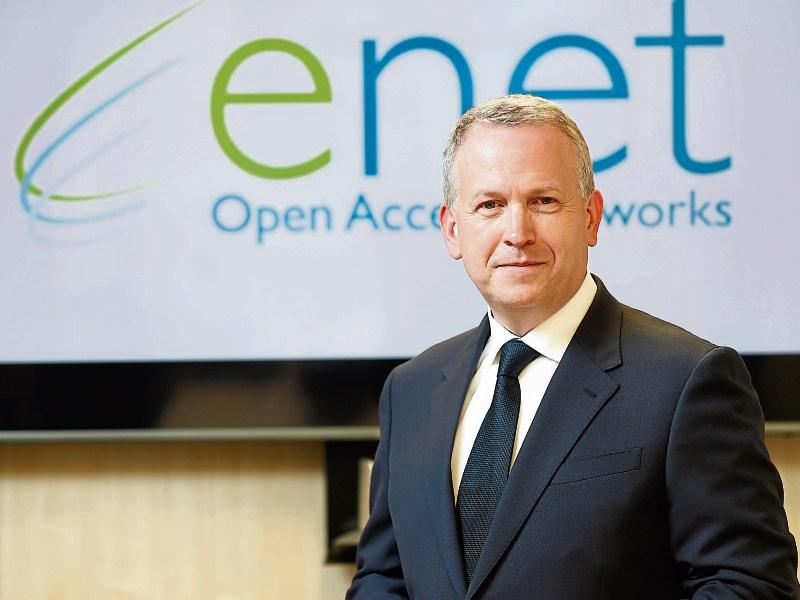 PLASSEY company Enet has been named as One to Watch in a prestigious international business competition.

The company, which is Ireland’s largest open-access network operator was named in the list published by the European Business Awards (EBA).

Based at the National Technology Park, Enet operates the largest alternative wholesale telecoms network in Ireland, which comprises of over 5,400km of fibre infrastructure, including the Irish State’s Metropolitan Area Networks, proprietary metro networks, a unique dark fibre backhaul infrastructure, as well as one of the largest licensed wireless networks in the country.

Enet employs more than 120 people in Limerick, and works with 70 different retail providers to bring broadband services to over one million customers.

It is this track record, company bosses say, which has seen it listed on this countdown.

Enet will now go forward for consideration for the national awards set for September, ahead of the gala final three months later.

The chief executive of Enet Peter McCarthy said: “We are delighted to feature on the EBAs’ ‘Ones to Watch’ list. At Enet we strive to put our customers at the forefront of everything we do. When we innovate, it’s for the customer and to make things better, cheaper, or more efficient for them.”

“As a wholesaler, we don’t compete with our customers and indeed we only succeed when our customers succeed. We’re proud to have that commitment to innovation and customer service recognised by the EBAs, and be listed alongside some terrific companies in Ireland and across Europe,” he added.

Adrian Tripp, the chief executive of the EBAs said: “The companies chosen as ‘Ones to Watch’ are the most inspirational, successful and dynamic in Europe. The talent and tenacity at the heart of these businesses creates jobs and drives Europe’s prosperity.”