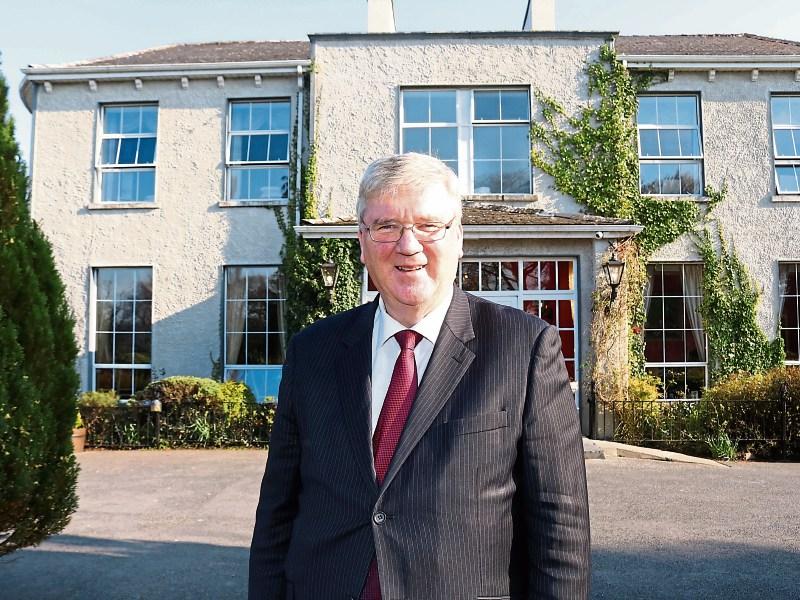 THE Competition and Consumer Protection Commission has given the green light to the Pat and Una McDonagh-owned SÓ Hotels Group’s purchase of the Castle Oaks House Hotel.

Mr McDonagh officially got the keys ten days ago. He travelled to Castleconnell, spoke with current employees and outlined his plans to restore the Castle Oaks to “its former glory”.

“I met all the staff and management and they will all be retained. As we progress we will be taking on new people,” said Mr McDonagh.

After purchasing what was formerly known as Woodlands House on the banks of the Shannon for €3.5m, a further investment of €1.5m is planned.

“There will be a significant investment over the next 12 months or so. It hasn’t had any investment for a while so that’s our plan. It was a great, well renowned hotel. Probably like a lot of hotels in the recession it kind of lost its way a small bit. Our objective is to bring it back to its former glory. It still has a very good reputation for weddings,” said Mr McDonagh.

He isn’t known as a man who lets the grass grow under his feet and works are imminent.

“It will mostly be refurbishment and redecorating the suites –  bring it up to the current standards that are needed. Decorating and painting is the easy part so that will happen inside the next three or four weeks. We will see as we go then to see what extras are needed,” said Mr McDonagh, who isn’t ruling out extending the late Georgian period building.

“We’ll look at that down the road. It obviously depends on how the business is going and what else can be done there. There are 10 acres of ground with it so there is plenty of opportunity.”

The Castle Oaks House Hotel is one of the few grand houses to survive and continue to prosper in Castleconnell.

The first recorded owner was Lieutenant John S Rich who took up residence in 1815. In the 1930s, it was the home of the Shaws, owners of the famous bacon factory in Limerick city. The next owner was a Captain Dixon, from England, who then sold it to the Presentation Sisters who established a convent in 1945. They purchased the adjacent Belmont House and turned it into a secondary school. They sold the convent in 1985 and the Castle Oaks House Hotel was born.

Its latest owner wants to celebrate its over 200 years of history.

“It has a uniqueness to it. It is different to other hotels in that you might describe it as a house hotel. That old Irish house atmosphere is what we have to try and create - comfortable but modern. It has such a history and that’s one of the things we plan to do, show off the history.”

“It’s a fantastic location, great setting and great river walks. Since the road was bypassed and the motorway came in people don’t go past Castleconnell as much,” said Mr McDonagh, who wants to make the hotel a destination for locals and tourists.