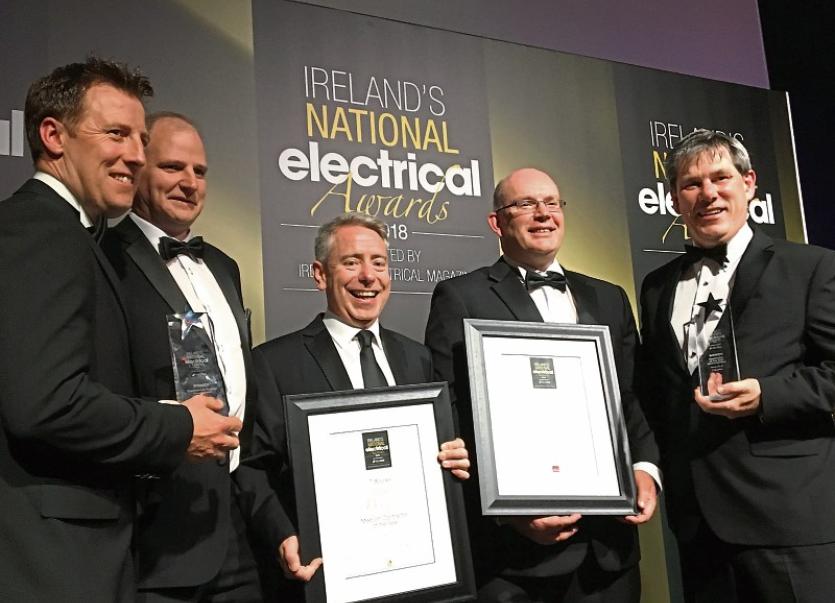 A LEADING local mechanical/electrical engineering firm has scooped two awards at a prestigious ceremony at the Mansion House.

T Bourke, which has an office at the Docklands Business Park in the Dock Road, won two awards at the first ever National Electrical Awards, held in Dublin’s Mansion House.​

Designed to recognise the work and achievements by the electrical industry, T Bourke took home the titles of ‘project of the year’ and ‘contractor of the year’.

It won the prizes for its key work on the Merrion Hotel project, which saw the construction of eight high-end apartments at one of the country’s leading hotels.​

T Bourke electrical division had been appointed electrical contractors for the scheme, which began in late 2014 and took over 36 months to complete.

The company said the challenges for the project were many and wide-ranging, including diverting all main electrical supplies, a new 1MVA generator, photovolatic installation on the rooftop, lighting, lightning protection plus ICT and data services.

T Bourke expanded to Limerick in 2002 with the opening of a regional offices.

It was in 2006 when the firm set up its electrical section, and acquired electrical contracting firm DC Engineering.