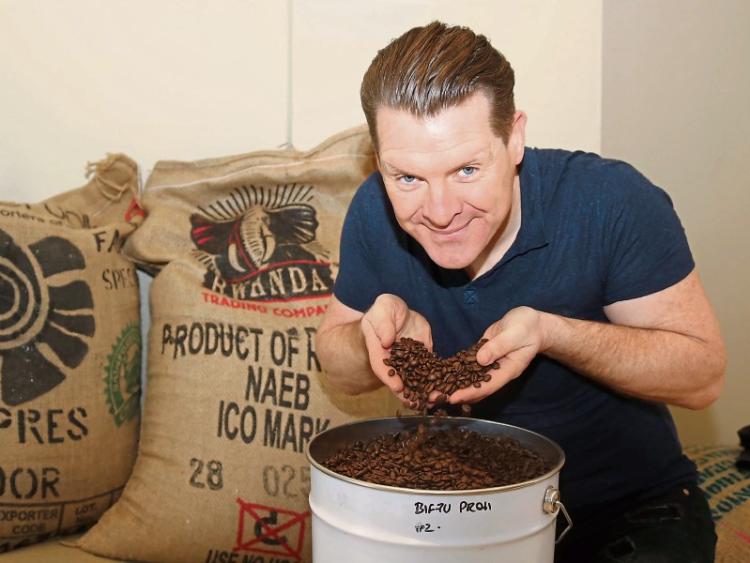 AN ENTREPRENEUR is opening up a coffee shop that will filter out the noise of screaming children.

Alan Andrews is the man behind the adults only cafe idea in the Old Barracks Coffee Roastery in Birdhill. It could be the first in the country.

“That’s the plan! Adults only and definitely not kids. I'm thinking minimum 12 or maybe 14 years of age. I don’t believe that it’s out there. The thought process behind it is, that well first of all we are a roastery, so it’s a manufacturing place.

“Second of all, I think adults, all adults, are entitled to a bit of me time. And it’s really important for life balance that you can go somewhere and you know that there won’t be kids there screaming or running around or spilling stuff on the floor.

“I have got kids but I want to know that there’s a place I can go to where I’m going to have some peace and quiet and read a book or a newspaper. We want to give people that one hour to enjoy their cup of coffee and get some mindfulness. I think that is really important for people. We’ve ran a campaign for Mental Health Ireland,” said  Alan, who also owns Coffee Culture – an educational and training facility - in Dublin.

The plan is to open the café before the summer but there has been confusion with a different kind of summer!

“I need to define what adults only means, some people think it’s going to be an Ann Summers shop!” laughed Alan, who is originally from Dublin.

He came down to Limerick in 2001 and was a co-founder of Delish cafés in 2003. Alan describes himself as a “serial entrepreneur” and his new enterprise in Birdhill works hand in hand with Coffee Culture, started in 2009.

The roastery in the old barracks, which is a 300-year-old building, commenced last month. They are exporting a thousand kilos of coffee from Birdhill every week and are looking to export into Europe.

“Once we get that up and running and are happy with the volume that we are doing, and the production and the workflow, then we’ll finish off building the café,” he continued.

When it is open he wants to give patrons a good coffee experience and their “me time”.

They have created four jobs thus far and hope to double that when the café opens.

“We used to outsource the roasting but now we are bringing it in house in Birdhill. As every month goes, we are taking on more staff and growing,” said Alan.