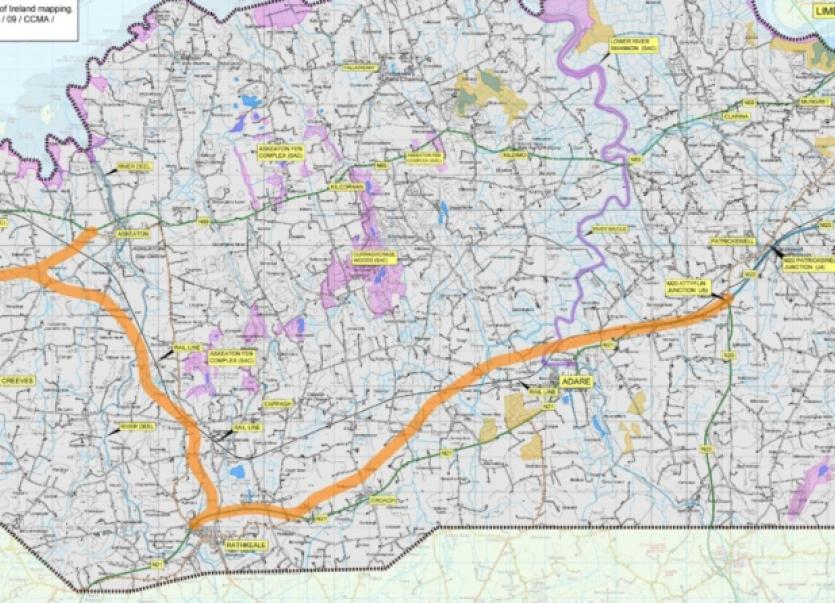 UP to 100 people packed into the community centre in Croagh this Tuesday to discuss the implications of the proposed new road from Foynes to Limerick for their village, their homes, their farms and their businesses.

“People were angry,” said Margaret Buckley, chairperson of Croagh Community Council who organised the meeting. “The main concern is how much harm this is going to do to our village.”

Now the community council intends making a formal submission to Limerick City and County Council who announced the route for the proposed new road last month. But, Ms Buckley said, they feel the deadline for submissions, January 15, is very short, given the Christmas holidays and they want to see it extended.

Local councillor Tom Neville agrees and has already called on the council to extend the deadline to the end of January. “If the council can facilitate this, it should be done,” Cllr Neville said, “in order to give people the opportunity to educate themselves on the matter and make the best possible submission.”

It is not yet clear how many households will be directly affected, Cllr Neville said but a number of farms will be divided.

“It will cause upheaval,” he added. “This is the second time in 30 years that Croagh will be by-passed and there is concern about the possible upheaval.

Access is another issue identified by the community council, as the two slip-roads being proposed are located quite a distance from Croagh.

“If we don’t get direct access, the fear is the village will die,” Ms Buckley said.

They also want clarification on why this particular route was selected and their submission will also address the potential for social and economic harm to a community which has worked hard to develop projects over the past 20 years.