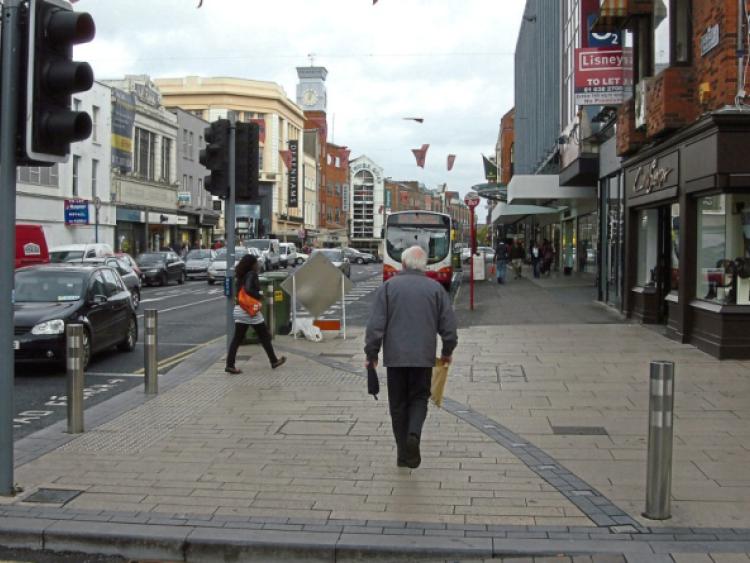 THE population of Limerick city and suburbs has been in “stagnation” since the 1980s, leading to calls to try and boost the number of people living in the centre.

THE population of Limerick city and suburbs has been in “stagnation” since the 1980s, leading to calls to try and boost the number of people living in the centre.

According to the Limerick Hinterland Report, carried out by Future Analytics Consulting Ltd on behalf of Limerick City and County council, while towns and villages around the city are seeing their populations grow – in some cases up to 174% – it is quite the opposite in the city centre.

The report says there are a number of factors to explain the city’s population decline, which rose just one per cent between 2006 and 2011, with the ongoing regeneration process being a key.

“The local authority’s policy of buying back houses from home-owners in regeneration areas, to allow for demolition and reconfiguration of the physical design of these estates, resulted in this population moving from the regeneration areas into other parts of the city and hinterland,” the report states.

The slow population growth in the city – from 90,575 in 2006 to just 91,454 in 2011 – has caused the number of amenities available to families to fall, most notably with the closure of a number of schools in recent years.

The report recommends that the low level of growth in Limerick City and suburbs must be explored to understand fully why this is happening.

“To address the [decline], and to encourage further population growth within the city as the most sustainable way for expansion is to ensure a vibrant and living city,” it states.

Elsewhere, the report reveals 15% of the city’s population are non-nationals, a figure which compares with that of Shannon (20%) plus many county towns and villages.

“High figures such of these can present challenges for the provision of appropriate services to meet the needs of the community and that integration is a key focus,” it states.

With much of the data derived from the 2011 census, at the height of the recession, the unemployment rate in Limerick City – 24% – should be regarded as a snapshot in time, with the economy improving since.

In terms of employment in the city, the majority of people (26%) were employed in professional services, with commerce and trade not surprisingly providing employment for a quarter of the population in the urban area.

Compared to other towns in Co Limerick, the vacancy rate of units in the city was relatively low, at just 11%. But again, since this data is derived from the 2011 census, it should come with a health warning.

Just over a quarter of people living in the city rent from a private landlord, the report states.

And the vast majority of people living in the city – 87% – surveyed say their health is either ‘good’ or ‘very good’.

In Limerick city’s three garda stations at Roxboro Road, Mayorstone Park and Henry Street, there were 8,873 crimes recorded in 2014.

- For more analysis of the report, see the print editions of the Limerick Leader