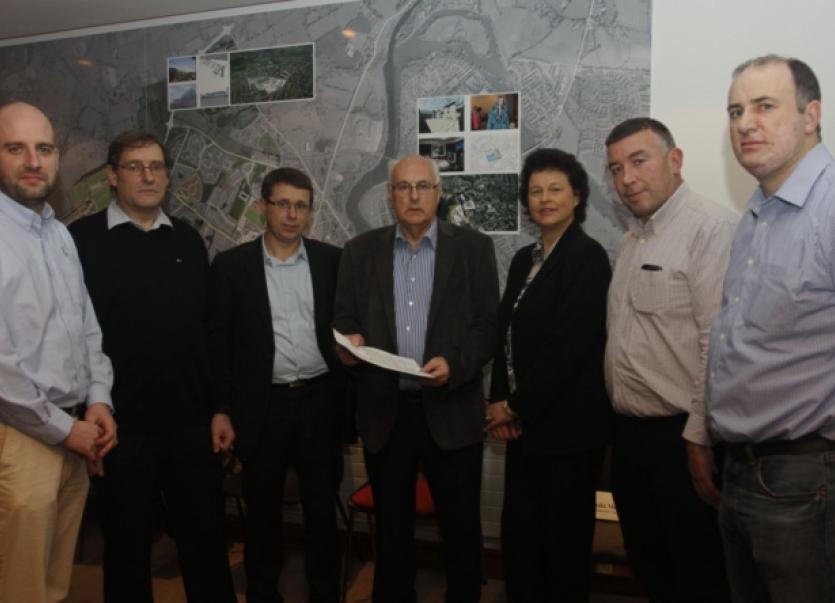 LIMERICK Institute of Technology hopes to collaborate with industry to address a skills shortage in the precision engineering sector.

LIMERICK Institute of Technology hopes to collaborate with industry to address a skills shortage in the precision engineering sector.

Discussions involving up to 50 companies around the country - and a cluster of 20 in this region - could see a newly designed course enrol students in Moylish as early as September.

Precision engineering companies in the Mid-West supply a number of sectors that are in rude health - from aerospace and IT to medical devices and renewable energy. But a shortage of skilled engineers, machinists and toolmakers has seen some firms look overseas while time-consuming and costly in-house training is the norm.

“We are hoping to become a national centre of excellence,” said Ciaran O’Loughlin, lecturer in mechanical engineering at LIT.

“We are working with the precision engineering industry to put in place a more bespoke programme for their needs”, he said.

Career prospects were good for local companies who are themselves exporting or supplying major multinationals. Skills were readily transferable and the work was not as down and dirty as many might think, Mr O’Loughlin said.

“For men and women out there who might have a preconceived notion of engineering as greasy, heavy duty work, this is not what we are talking about. You could eat your dinner off the shop floor in most of these places,” he said.

The Mid-West has had a rich tradition in precision engineering since a trail was blazed by SPS Hi-Life Tools in Shannon in 1960, a firm which thrives to this day.

Charlie Coughlan was one of many who started out with the American company. The Clarina man went out on his own and went on to form his own companies Penn Engineering in Galway, which employs 200, and Panalok in Ennis, which has 26 staff.

He had learned all he needed to know about the fastener business - nuts, bolts and screws in Shannon.

It was SPS who kept the landing gear and wings attached on aircraft, he said.

“They are actually right there in the top echelon, making the jewellery rather than the junk,” said Ms Coughlan.

He had joined SPS as a teenager and was taught maths and geometry for two hours a day for a number of years. And on-the-job training remains common to this day.

LIT could now help fill that gap for firms who need to train even graduates up on the job.

“We are very impressed with LIT. They are hungry and willing to work with us. We have the jobs and they have the tools for creating the skills we need from the academic point of view,” Mr Coughlan said.

Ger King is managing director of Smithstown Light Engineering in Shannon. The company was founded by his father Brian 40 years ago and specialises in products for the medical devices sector.

“There is a major skills shortage in our business and that is why we got together along with Enterprise Ireland and the industry nationwide to see what we could do,” said Mr King.

“We looked around and LIT has a good history in supporting manufacturing and industry and that’s what attracted us there - the people and the level of infrastructure already in place.”

Manufacturing of the type carried out at Smithstown had been “a success story over the last 10 to 15 years” without much attention from government and could grow further with the collaborative effort ongoing with LIT.

Mr Coughlan is in agreement.

“Small industry a big part of the future. Over the last 10 to 15 years the government didn’t pay much attention to engineering. FAS closed down a lot of courses that were running and it looked as if it was old hat. But it is far from old hat. Right now there is a revival and a renaissance going on. And in order to drive the business forward, you have to be doing R&D and developing new methods and the engineering talent is extremely important in all of that,” he said.